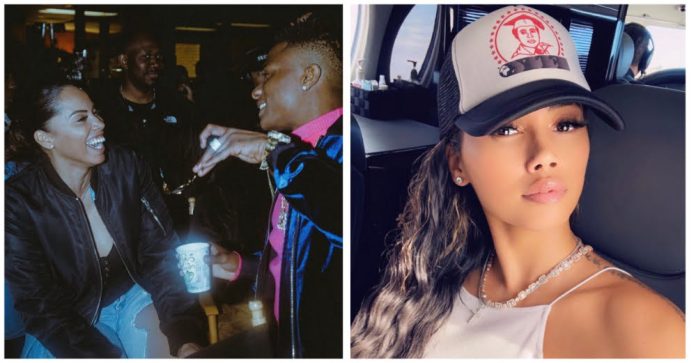 Award-winning singer, Ayodeji Balogun who is popularly known as Wizkid and his third babymama, Jada Pallock are expecting their second child.

Wizkid has two children from his previous relationships with Shola Ogudugu and Binta Diamond, who both have a son for him.

According to sources, the couple was spotted in London last night at an event in Atlanta.

The sources claimed that Jada was spotted with a visible baby bump and was made to stay away from the spotlight for obvious reasons.

This is coming a week after she teased fans with a glimpse of her growing baby bump.

Jada had taken to her Instagram story where she shared a video of her pink jacket with her bump on full display.

Though Jada Pallock didn’t show off the bump, eagle-eyed fans could spot that Jada is pregnant.

Recall Jada Pallock once admitted that she is still in love with the singer.

She described their love as magical and revealed her desire to start a family with him.

She also addressed the title of being called his babymama.

Jada Pallock took exception to being addressed as his “third babymama”, saying that she found such name discriminatory and degrading.