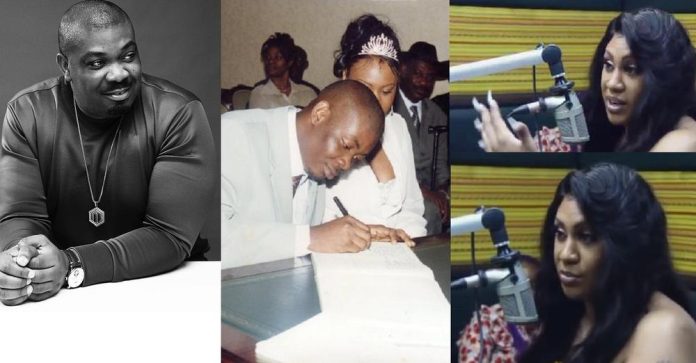 Michelle, who’s currently in Nigeria, in an interview on Niajfm speaking on her career, how she met the singer and their marriage, corroborated Don Jazzy’s claim that their marriage ended due to his addiction to his music career.

According to her, she first met the singer at a club where they exchanged contact and got married after dating for a year, but the marriage lasted only two years. She noted that their marriage crashed because Don Jazzy’s music got in the way and they were very young at the time. 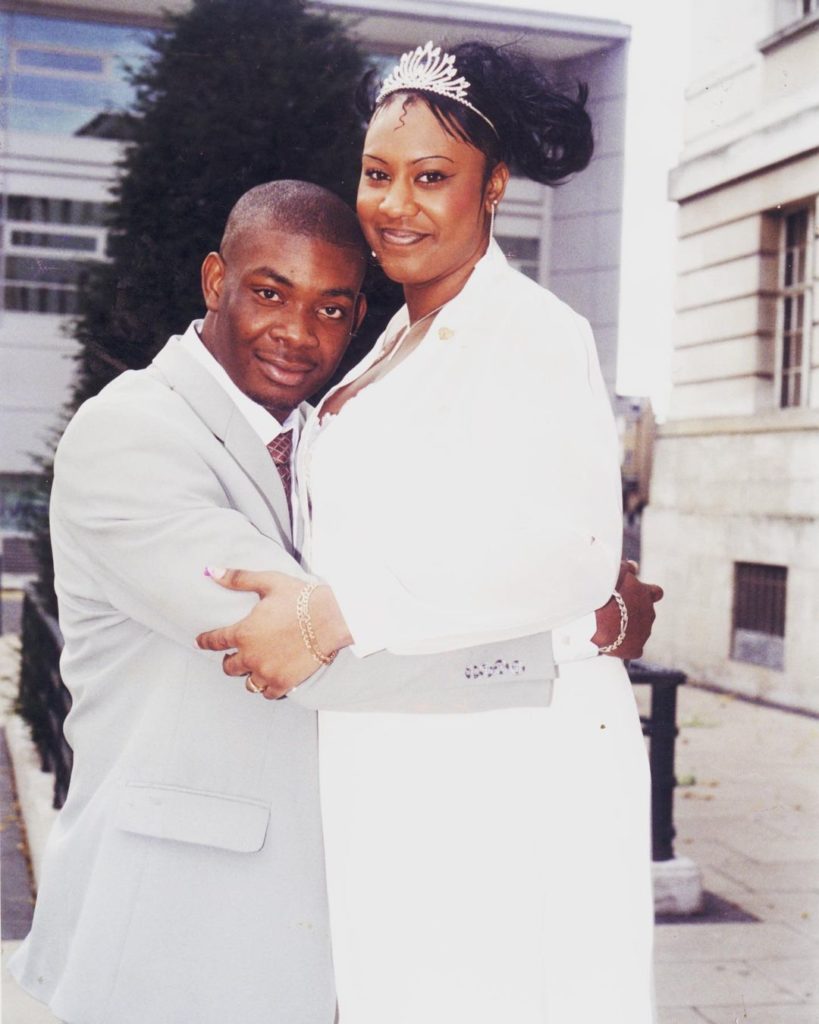 She noted that if she’s faced with the same situation now, things might be different.

“Don Jazzy is music, he just needed to go and be himself, and go and do his music… Music kinda got in the way in the
relationship and we were very young as well…If I was in the same situation now it might be very different. he was very into his music
and it kinda got in the way”. She said in part.

Recall that in 2021, Mavin Boss, Don Jazzy, who has managed to keep his love life away from the prying eyes of the media and public shocked many when he revealed that he was once married.

He disclosed that he got married to an American model and author, Michelle Jackson, about 18 years ago at the age of 20, though the marriage crashed two years later.

According to the Mavin Records boss, the marriage failed because he devoted his time to music and neglected his family.

Sharing some pictures from his wedding, Don Jazzy wrote on social media, “For so long, everyone kept asking me when am I getting married? Well, the truth is that almost 18 years ago, I was 20 and I got married to my best friend, Michelle (@yarnstaswitch), and it was beautiful. I loved love and I loved marriage. Michelle is so beautiful inside and outside with such a soft heart.

But then, me being so young and full of dreams, I spoilt it because I was giving all my time to my music. Music became my priority, instead of my family. We got divorced when I was 22 and it hurt. I am still very much in love with my music and I would not want to marry another (person) and mess it up again. So, I’m taking my time. Why am I just saying this now I really like to keep my relationships private, actually. Past or present. But I was watching the Bounce interview with Ebuka which is almost like a tell-all interview, and I felt bad skipping this huge part of my life. So yes, you all should not be annoyed.”

Face of female student killed in Sokoto for blasphemy (Photo)

Girl Who Slept With A D0g In Viral Video Dies Of Infection, Eye Witness reveals what she went through before she died

Face of female student killed in Sokoto for blasphemy (Photo)