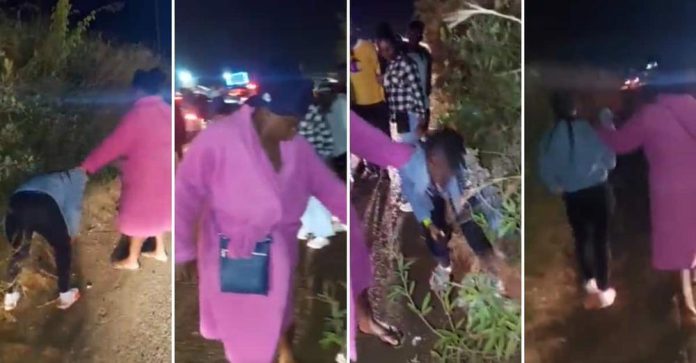 When your mother shows up at a party dressed in her nightgown, you just know. 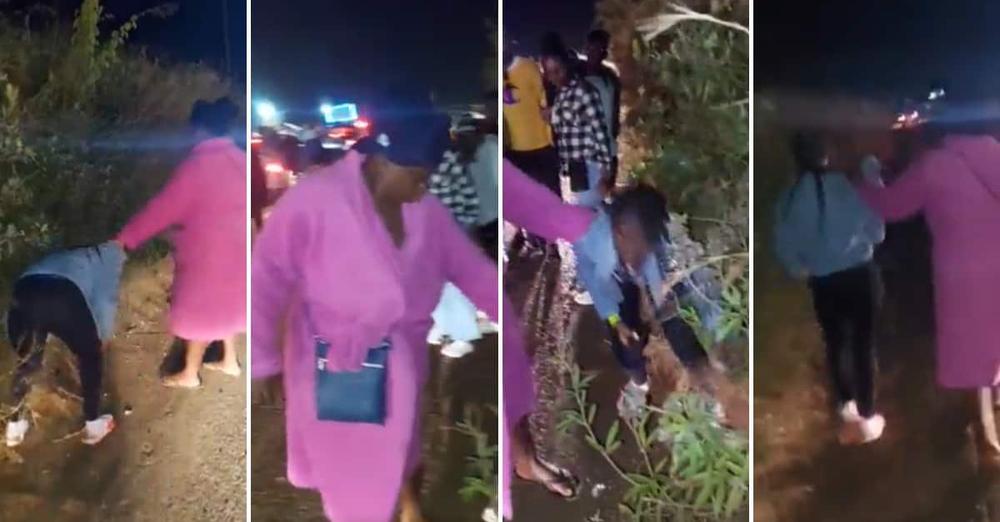 A video of a disappointed mother dragging her daughter out of the groove has gone viral, leaving people with mixed emotions.

African mothers are hectic! They take no nonsense and are not afraid to walk right into a situation and take you out of it if they do not feel you should be there, and that is precisely what this momma did.

Twitter user @Collen_KM shared the clip in total horror. Thinking about what they would have done if their mother showed up at the groove left them horrified. It is a lot to witness.

“She went to fetch her daughter at a groove ”

She went to fetch her daughter at a grove 😭😭😱 pic.twitter.com/Yd36beH7k4

Netizens divided over the mother’s actions and debate the matter

While the girl clearly did not have permission to attend the groove, or maybe someone notified her parents that she wasn’t behaving as expected, some felt really sorry for her.

Yes, this video is going to stick with her for life, however, some feel it is a lesser evil than her having become a ra*pe victim or worse.

Take a look at some of the comments:

@Babalwa_M_ does not feel it was ok: “This is totally wrong, the kid will be damaged emotionally.”

@TboozeSA feels the mother did the right thing: “South Africa records 153 rap*es (only reported) a day. And your underage daughter is that drunk at a tavern. As a parent would you forgive yourself if anything happened to her while you had an option to do something? Kids are rebellious by nature. And there’s peer pressure.”

@Ndzalam57524508 believes the video is going to emotionally scar her: “This is totally wrong because de video is trending, people will laugh at her even at school, she won’t concentrate, she can end up doing something wrong for herself.”