MaDailyGistGet the Latest Gist in Town
More
GOSSIPGet Daily Gist
More
Home Celebrity/Entertainment ‘This is the face of the man who beat me to coma,... Following the death of popular gospel singer, Osinachi Nwachukwu, who reportedly died as a result of domestic violence by her husband, many women have shared their experiences at the hands of their abusive partners.

While posting a video from her 2009 wedding, relationship guru Blessing Okoro revealed how her ex-husband abused her the day before their wedding and still dragged her to the alter on the big day. 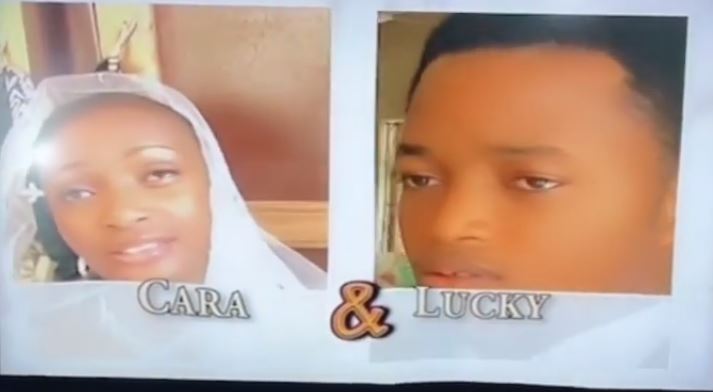 Narrating her story, Blessing noted that the death of the famous singer brought back her hatred and anger over how she had been abused in her marriage years before.

According to Blessing, her ex-husband, Lucky, “took away her youth at 15 years”. She further claimed that her younger sister was there when he allegedly beat her “to a coma” two weeks after their wedding.

“Memory lane …. So funny how I feel absolutely nothing watching this video. Lucky it feels good to write about you again after 12 years ..
2009 5th December. It’s been 12 years of my divorce. You might be wondering why I am posting this after a long long time, i am posting because I want to show you how the men who hit women look like, they don’t always look like osinachis husband, they come in different package.

Can you believe this innocent guy was the one I talked about for years now, yes he is the famous ex that took away my youth at 15 years and abused me.
@josie_de_xii witnessed the beating a day to my wedding this day, he beat me in front of everybody. My kid sister @da_yan0 witnessed the day he beat me to coma, 2 weeks after our wedding, he was beating my lifeless body .My sister still have that fear till now. I heard he is married and still hitting his current wife, anyways that is her decision . Domestic violence is not a joke,this man here abused me to the point that I divorced him at 21 and I feel I did not punish him enough. I am posting this for him to reply me or say jack let me sue him for abuse and molestation .

For 5 years you have not paid one kobo on your sons head, I needed people who know you to know You are that ex . Lucky I now have a voice, you knew I was going to be big and that was your greatest fear, but I am 😀. The death of osinachi brought back the rage and anger. Anyways it’s all over now and I am free . PS ,, see me smiling like goat but you no go know say them slap me that morning and a night to this morning . What did you do blessingceo that made this cute man beat you up, nothing, absolutely noting he just love the innocent vulnerable little gal. He was 13 years older than me oooo.” She wrote.

Taking to the comment section, Blessing’s sister and friends confirmed her claims. See a screenshot of their comments below,

Blessing, who tied the knot with Lucky when she was 19, got a divorce from him 2 years later, and the divorce was eventually finalised in 2016. She shared photos of her divorce documents while advising women to be financially independent because divorce is expensive in Nigeria. 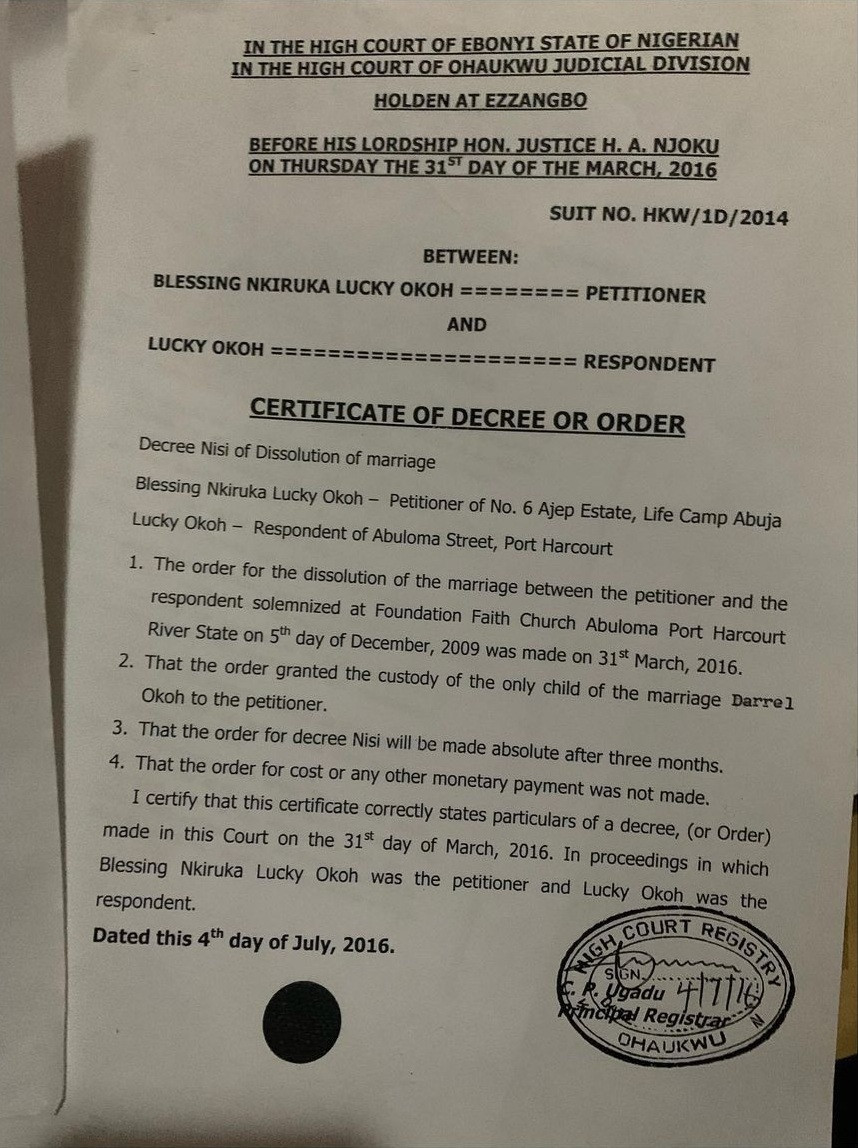