MaDailyGistGet the Latest Gist in Town
More
GOSSIPGet Daily Gist
More
Home Celebrity/Entertainment ‘Side chicks should take care of him too’ – How Julius... 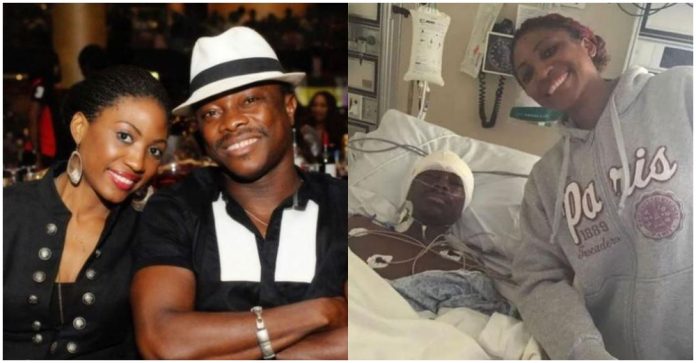 It has been alleged that Ibiere Maclayton, the wife of famous Nigerian comedian Julius Agwu has moved on with another man despite the condition of her ailing husband.

This was disclosed by Instagram blogger Gislovers alleging Julius Agwu’s wife claimed she was tired of taking care of him and side chicks should also take turns to care for the comedian.

Gistlovers also alleged that Julius Agwu was fond of sleeping with numerous side chicks while making waves in the entertainment industry. 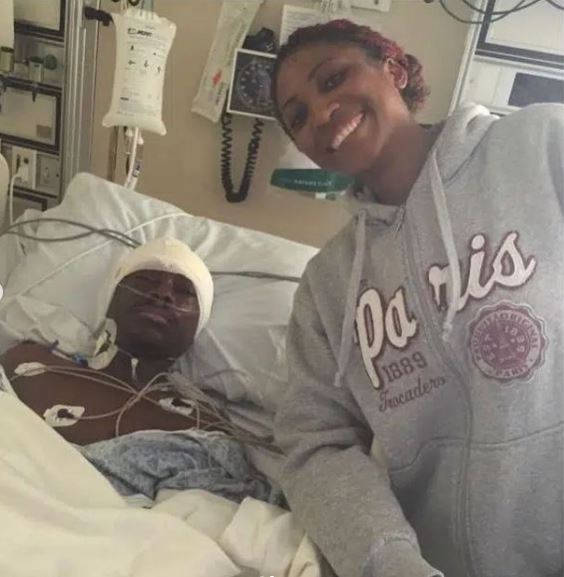 Hence Julius Aguw’s wife, Ibere, had also called on side chicks to take care of him since they still enjoyed the comedian’s money when he was financially buoyant.

Hello tueh tueh, information reaching Vawulence headquarters be say it is payback time as Comedian Julius Agwu’s wife packs out of their 14yrs old marriage amidst husband health crisis, moves on with another man and change name back to her maiden name.

Women no good ooo chai, but we men too should do better ooo, all these women can be loyal if they want to, when Julius Agwu Dey ball then, no PUNA wey him no fit knack, him other name Na KNACKERDIMU as him come Dey down with this tumour wahala, it was said that the wife try ooo but got tired on the long run.

According to a close source, them talk say the wife say make all those Side Chics too come take care of am now, as Na all of them enjoy am when everything still soft but now money no flow in again them side chickens don japa.

As it is now madam don move on too and enjoying life with her friends oooo, Comedians make una check on Ian brother Julius Agwu ooo, no eh wen he go sup finish now una go begin write yeye epistle up and down oo, he needs help now between the wife just left him and he needs all the support he can get, i come in peace, igi ewedu oni wo pawa oooo

Recall that the couple had a challenging time when Agwu fell ill in 2015.

The ace comedian, who has made a difference with his show, ‘Crack Ya Rib,’ had a successful brain surgery in 2015, recovered but then suffered a relapse in 2016 when he went to London for his show.

Though keeping a low profile since then, he attempted to revive his career by returning ‘Crack Ya ribs,’ and announcing his plans to celebrate 25 years in comedy, Agwu couldn’t get that done.

Though not looking as vibrant and hearty as he was before the ailment, Julius Agwu is said to be recuperating and everyone thought his wife was taking care of him.

“She took care of him for sometimes but there were cracks in the union. Maybe she got tired of the current situation—cash flow wasn’t as when Agwu was stupendously rich and healthy. She must have been tired of the situation and left Agwu who isn’t as fit as before,” sources close to the couple told Kemi Ashefon.

The Abonnema born Ibiere travelled abroad with her kids and only shares their photos on Instagram. She has reverted to her maiden name.

Ibiere was a pillar of support to her husband during his health challenge and shared in an interview years back that the medical condition got so bad to the point that he stopped breathing and was almost taken to the mortuary.

She reminisced, “So now I am going to be a widow, how do I manage with these children? These were my thoughts at the time.”

It wasn’t until after a trip to an American hospital, that Julius discovered he had three tumours in his brain with one that was the size of a golf ball.

He recalled, “I started looking for my property documents to give to my wife. One day when they were not home, I almost committed suicide.”

Following his successful surgery at the Park Plaza Hospital in Houston, America in 2015, the comedian decided to drop a thanksgiving song entitled ‘Second Chance’ with a vow glorify God on all his platforms.

They got married on May 31 2008 and are blessed with two kids, Zahra & Zadok. In 2020, the couple celebrated their 12th wedding anniversary.