MaDailyGistGet the Latest Gist in Town
More
GOSSIPGet Daily Gist
More
Home Celebrity/Entertainment “She still dose not look ok though. She should focus on taking... 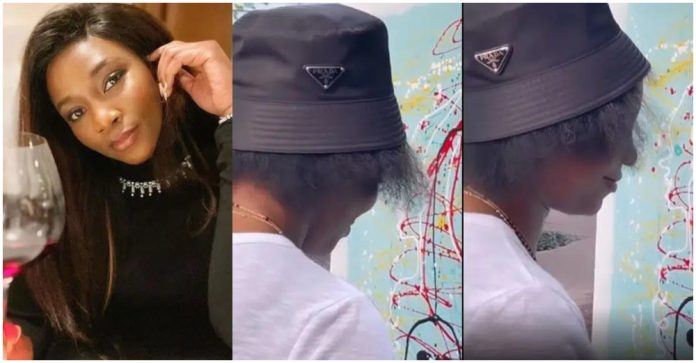 Hours after she went viral on social media following a report by a blog that she was battling mental issues, the Nollywood actress shared a video via her Instastory.

The video has been considered a way of debunking the earlier claim about her health.

In the video, the Nigerian actress was seen painting a piece of art as she wore a pretty smile, which showed she was enjoying what she was doing.

This comes after popular blog Gistlover claimed the actress is being treated for mental health issues at a hospital in Houston, Texas.

Mixed reactions as Genevieve Nnaji shares video of her painting

Many fans of the actress have since taken to social media to air their reactions to the video.

We captured some of the reactions, see them below:

diane_festus: “Why do people like to stand on negative news ? The comment section though. Maybe she is well , the video still can be recent , maybe it’s not to debunk anything. Just allow people breath and live. I’m sure u have ur personal issues too. #focus.”

stylemaniac_nasa: “That urge to prove a point … another level of depression.”

jobellainebeauty: “She still dose not look ok though. She should focus on taking care of herself.”

topsiradoy: “This obviously looks like the courtyard of a rehab Center for sure. She’s obviously getting some therapy session done. There is absolutely nothing wrong in getting help when you have mental health issues or break down. Mental health isnt something that should be stigmatized or ran away from. I Pray she gets well soonest.”