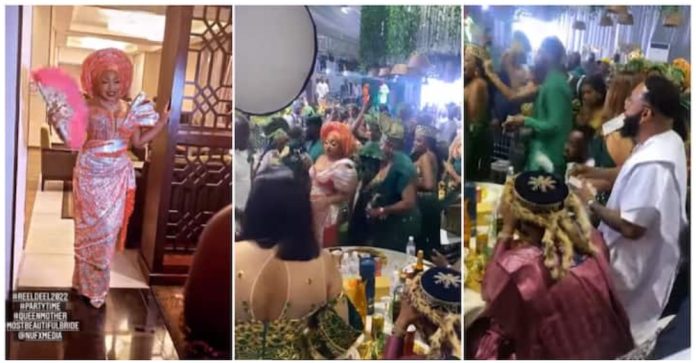 All roads led to Owerri on Tuesday, April 19, for Nollywood actress Rita Dominic and her husband, Fidelis Anosike, as they held their traditional wedding ceremony. 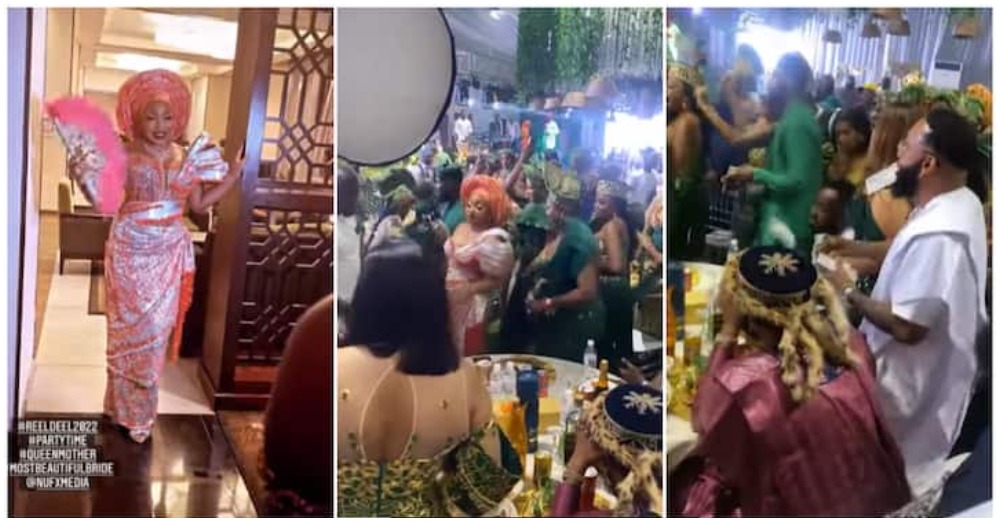 Limpopo music star, Kcee, was among those who took the long road trip for the actress in a bid to show love and support for her.

In his regular flamboyant manner, the singer made sure to make money rain at the star-studded ceremony.

A video making the rounds on social media captured the moment Kcee rose from his feet to acknowledge the new bride as she danced her way to the stage.

Even though Kcee couldn’t get close to her, the singer rained several naira notes on the actress from a massive pile of cash spotted with him.

Watch the lovely video below:

beautypeace1 said: “When one is pure in spirit, heavens celebrate her! Instagram shutdown for Riitaaaaa, one favorite.”

olaleyeayoronke said: “So happy for her. She deserves all the happiness. “

daisydee377 said: “I love that she has been all smiles, it’s so evident that she is happy. That smile is just beautiful.”