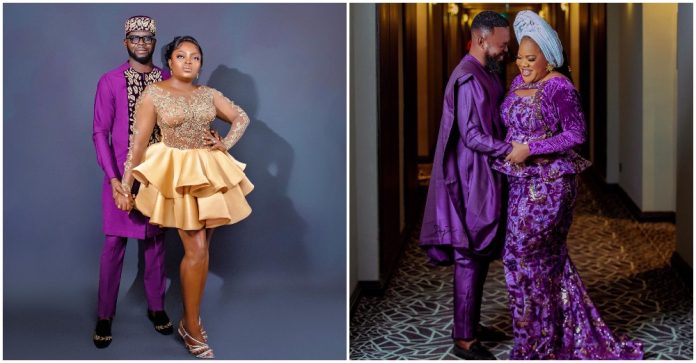 It is the belief of many in African societies that a man is financially responsible in any relationship. In fact, a woman who is richer than her husband is expected to hand over her wealth to the man.

In Nigeria, there are some celebrities who are perceived to be richer than their men. This is due to their status in society.

Funke Akindele, Toyin Abraham, among others are believed to have more money than their husbands. In fact, whatever their men do, they attribute it to them.

Just a few hours ago, we reported that Toyin Abraham had to address the notion that she is richer than her husband. This was after some people stated that she got him his SUV birthday gift.

According to her, her husband is a hardworking man who does a lot for her and their kids.

In 2020, Funke Akindele’s husband JJC Skillz and talent manager Sosoberekon clashed over a political matter on social media and it led to the men dragging each other.

Sosoberekon went ahead to claim that Funke is the husband in their relationship, adding that he is a gigolo.

Many have alleged that the actress is the one financially responsible in their relationship.

Although a politician whom many believe has money, that did not stop some Nigerians from alleging that the actress is the one giving her husband Falegan Opeyemi some money.

The actress has had to correct the notion, stating that her man is the one who gives her money.

When the news that the actress was dating a younger man broke, there were various reactions to it including comments that Uche is the one financially responsible in the relationship.

When the celebrity stylist got married to her photographer husband, many alleged that the man left his first marriage for Toyin because of her financial status.