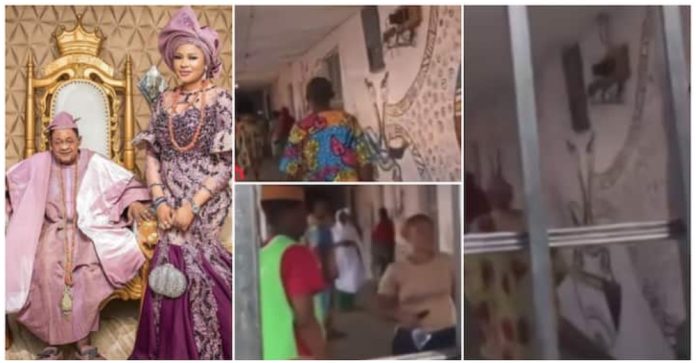 The Alaafin of Oyo, Oba Lamidi Adeyemi, died on Friday, April 22, and his demise has already been trailed with a lot of drama.

The 83-year-old monarch who had many wives before his death is once again in the news over one of his young wives, Queen Dami. 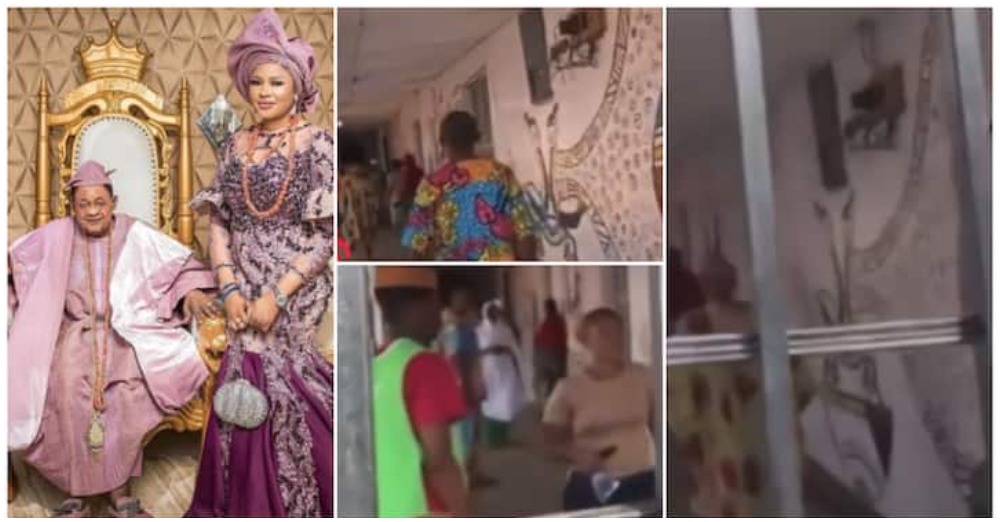 According to reports, Queen Dami, who had initially left the palace and abandoned the king, finally returned upon news of the monarch’s death.

However, Dami’s return was not met with celebration and she was reportedly disgraced from the premises.

Also in the video, the same lady was heard saying that she did not want to see Queen Badirat and all the other young oloris who abandoned the palace when the Alaafin was still alive. According to her, there would be more trouble if they dared to show their faces on the premises.

After the video went viral, internet users shared their reactions. Some of them wondered what Queen Dami was also doing at the palace seeing as she had left when the Alaafin was alive. Read some of their comments below:

Sunbolicious_1: “But she born for the man now,she has right too .”

Iamhizzybonnie: “Once OLORI is always OLORI.”

The_audreys_apparel: “But come back for what? When he’s dead?”

Horyezar: “I had this very discussion yesterday with a friend ooo that the queens wey don leave palace before the death of the king won’t be allow into the palace now wey baba don die .”

_Uncutgems: “Are they not embarrassed,. i mean the young queens that was sent out while he was alive now has the audacity to come around for what ? how will person wey e death never reach 48hours /72 de ni .”

Suaveskin.co: “The babe and the mama no get shame sef.”

Pholarh_touches: “I know this will definitely happen. All those young wives born for him at their own risk. Aw many will e wan do? Children like grandchildren .”