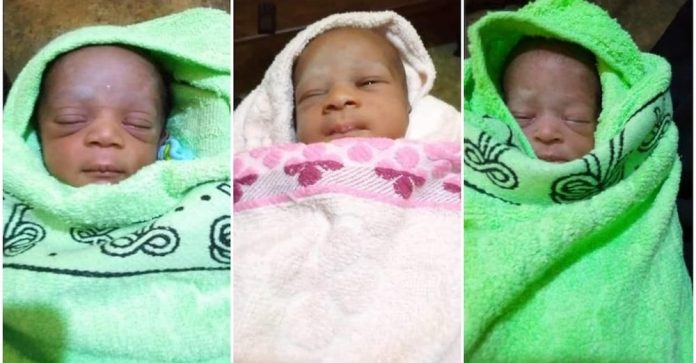 Azeez Tijani, an indigen of Osun state who welcomed triplets recently has asked for help to be able to care for the kids. 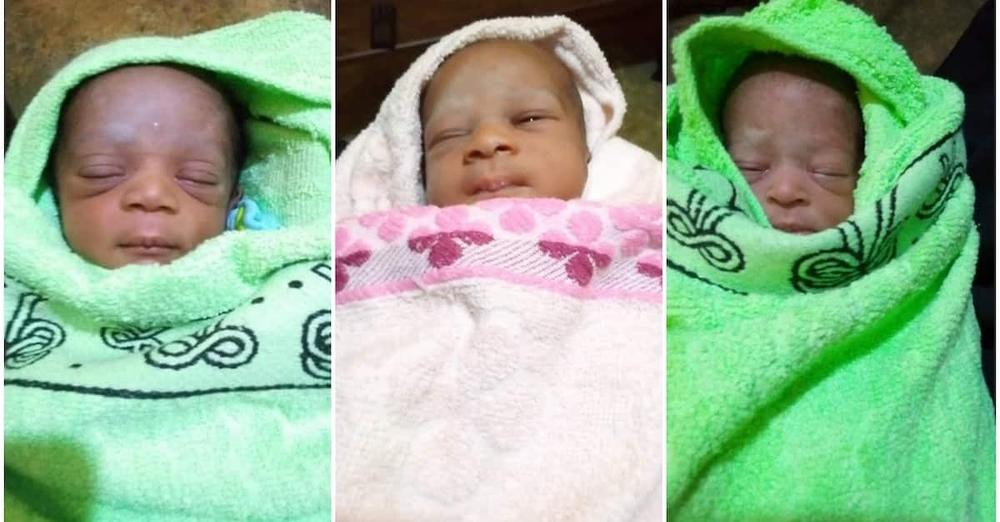 The request for help became necessary because Azeez’s wife, Foluke, passed on after delivering the babies.

It was a normal birth

Lamina Kamludeen Omotoyosi who is the executive chairman of World Institute for Peace told Legit.ng that the babies were delivered on May 30 at the Daaru-Salam Hospital, Ilobu, Irepodun local government area of Osun state.

He said it was a normal birth but lamented that the mum passed on due to uncontrollable bleeding 7 days after on June 5, leaving the kids for the father. The family already had one kid before the triplets were born.

In an earlier Facebook post, an appeal was sent out to Governor Gboyega Oyetola to come to the aide of the family.

“Mr. Azeez Tijani received blessing of a set of triplet 7 days ago but unfortunately, Mrs. Foluke Azeez, the mother of the new born triplet gave up yesterday when the fruits of the womb clocked 6 days on earth.. Alas! This is so sad!”