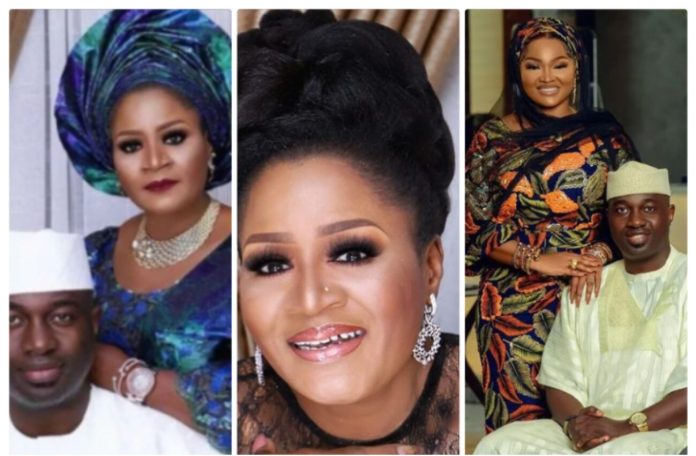 In a lengthy post shared on his Instagram page moments ago, Kazim Adeoti debunked his wife’s claim of being responsible for building his house. According to him, he has refunded all the money she paid for the furniture in the house, adding that Mercy Aigbe has also brought in new furniture as well and has every right to take photos and videos as she pleases.

“I have read many things that have been written about me and my family. Many of which are fabricated lies and some directly from my first wife (who understandably is angry I married a second wife).

At this point, it is necessary I put record straight.
I have two wives. One lives in the US while the other lives with me in Nigeria.

As a matter of fact, I just got back from America 3 days ago where I spent quality time with my family and tried to mend fences with my first wife who is obviously still angry I married a second wife (A move my religion permits as a Muslim ).
And talking about being a Muslim and a responsible man, I make sure none of my family in US or Nigeria is suffering. It is laughable that some people said I have abandoned my US family in as much as I travel to see them about 3-4 times in a year.

For the record, I ensure my US family gets 1500 dollars since 2016 monthly until recently when I reviewed it to 1000 dollars cos our daughter is now in a private university and I have been solely responsible for her school fees and upkeep.
In as much as there is nothing bad in husband and wife building a house together, in my case, we did not. I built the house by myself.

When I was furnishing the house, she bought some furnishing materials and part of the money I have refunded. My second wife had added some furnishing to the house as well.
It is not in my character to speak ill of people who were once friends not to talk of my first wife (who is still my wife as we speak). I will not speak ill of her for the sake of the good and bad times we shared and the good kids that God gave us.

It is understandable that my first wife is unhappy about getting a second wife but she left me no choice when she relocated permanently to the US. I am a Muslim and Islam permits me to marry more than one wife as long as I take care of them and I don’t maltreat them. I can stand before God and man that as a man, I have done my best not to maltreat them.

And I will not paint my first wife bad no matter what or use foul language on her and her family (who have been with us all through this journey).

When she came to Nigeria recently, we, she, myself, her family and mine had a zoom meeting (we didn’t see her physically). And our meeting was open, honest and respectful.
Many of them are surprised at the turn of events and the dragging of the family name in the mud but as it is, we have to leave everything in the hands of God and let God continue to guide us and reward us all.” 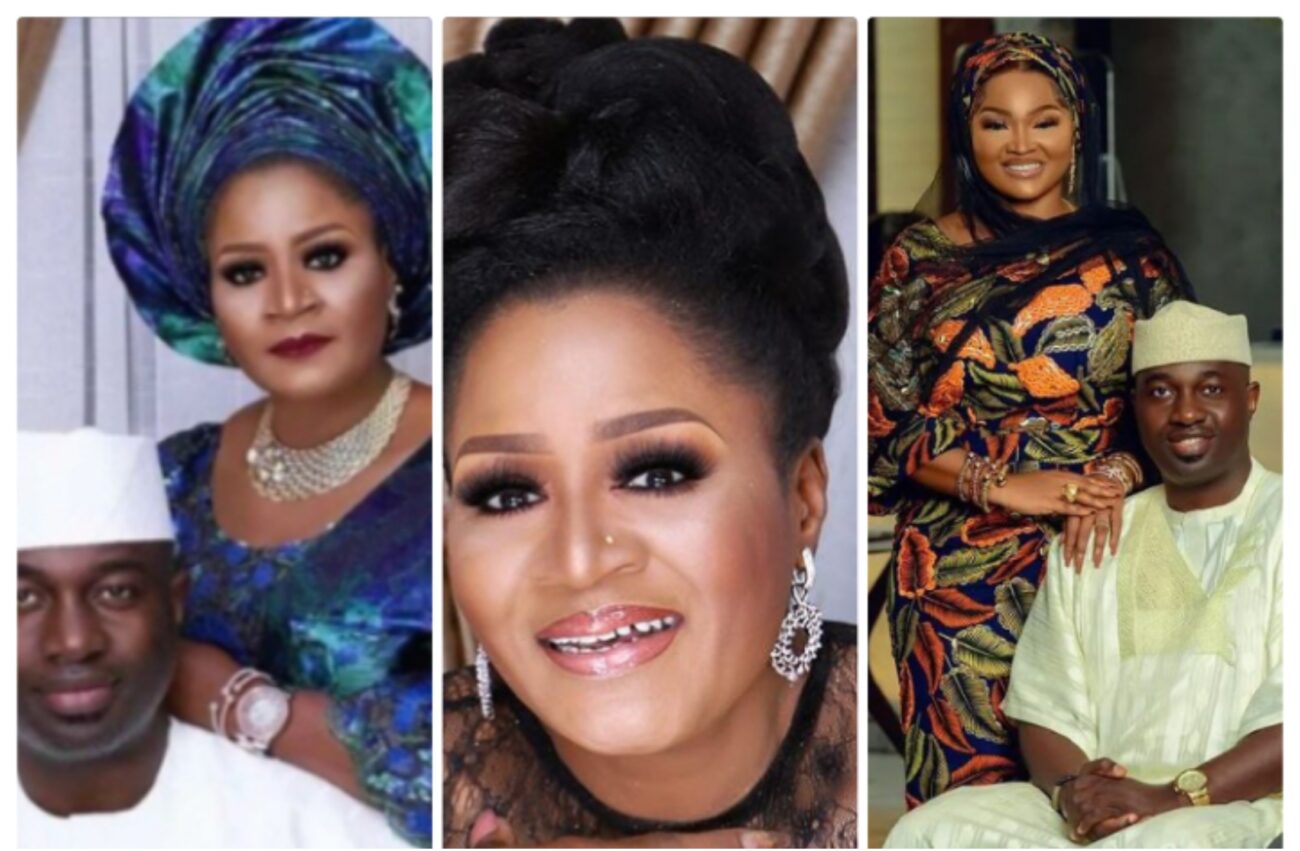 This is coming after Funsho Adeoti, the first wife of Kazim Adeoti,  filthly dragged him and his wife, Mercy Aigbe.

The mum of four had earlier warned the actress to stop taking videos in her house.

Mercy Aigbe who proved stubborn had gone ahead to pepper her with another video.

Infuriated by her audacity, Funsho shared screenshots of her chat with him where she lashed out at him and his second wife.

She noted how she was the one who built the house and furnished it with her hard-earned money.

Funsho revealed that she regrets marrying him and wouldn’t hold back from telling the truth to the world.

“Kazim you underestimate me right, it’s ok cause I was your fool for 20 yrs abi humm, you kept pushing me, I told you if it continues I will post this message..bobo, mi kin se omo ale..hope you got that.. Mercy it’s the Odacity for me, like seriously, like I told you, you can have him, keep him for whatever the hell you want with him, but one thing I will not let go of is my sweat, what I worked hard for. Little girl you’ve got some nerve how dear u think it’s okay showing off what I worked hard for on a daily basis and think I would be ok with it..Kazim tame your dog.

I warned you, way too many times. Kazim am como to get what is mine this I promise you. Note to you all : marrying a second wife was never brought to my attention by Kazim, found out online just like everyone..yes I admit I suspected he was sleeping with her, hence I called and cursed her out several times, and each time I confronted him, he gave me a long line of men she sleeps with a mf says “lailai she’s a white and she is nothing” so I look the other way ( men in the industry thinking) now he’s favorite whore is now a wife to him.

I’m no bastard, I post this on social media to show you all cause apparently, social media happens to be there God they live, breath, eat and sleep social media… I warned him not to test me but they both keep on pushing me..I am not a push over, am not one to be bullied by both of you to silence, No way. You are great together, but honey I repeat not on my money or sweat..thanks”