MaDailyGistGet the Latest Gist in Town
More
GOSSIPGet Daily Gist
More
Home Celebrity/Entertainment “My Father is calling me to come” – What Alaafin of Oyo... 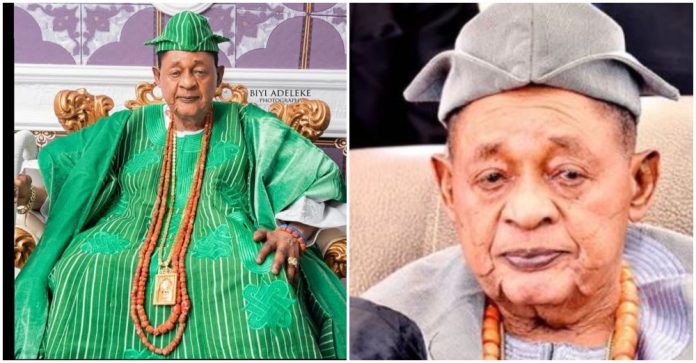 The Alaafin of Oyo, Oba Lamidi Adeyemi III, had a premonition of his death, an aide of the palace has claimed.

She said this while speaking with journalists at the Alaafin of Oyo’s palace on Saturday. The first class traditional ruler died on Friday night at the Afe Babalola University Teaching Hospital in Ado-Ekiti.

The palace worker said that the traditional ruler already had a premonition of his death a few weeks back.

She urged people to find solace in the fact that the late monarch lived a worthy life.

“Two weeks ago, he called and told us that his late father was calling him to come. We were afraid and asked if truly he saw his father.

“He ascended the throne at a young age and was wealthy and blessed with long life, preserved the stool, promoted the Yoruba culture and was an epitome of royalty. We are happy to have him as the Alaafin.”