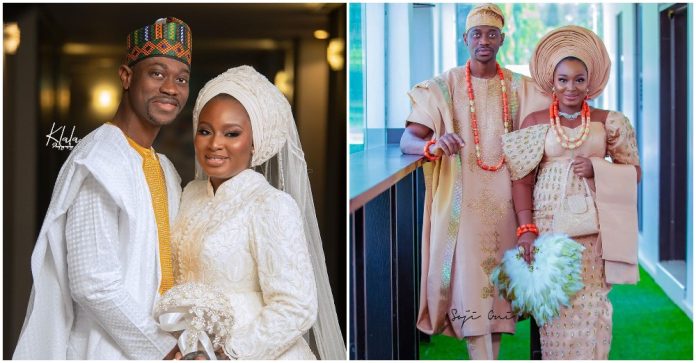 Popular Yoruba actress Adebimpe Oyebade, better known as Mo Bimbe, in a question and answer with her fans, has opened up about her life, especially since she married Nollywood actor Lateef Adedimeji.

Contrary to claims by trolls that Mo Bimpe married Lateef because she was pregnant, the actress cleared the air as she said it was not true.

Responding to a fan, the actress said: “How do you feel about fake news? Trolls/bullies do not have a life, too blessed to stress about em.” 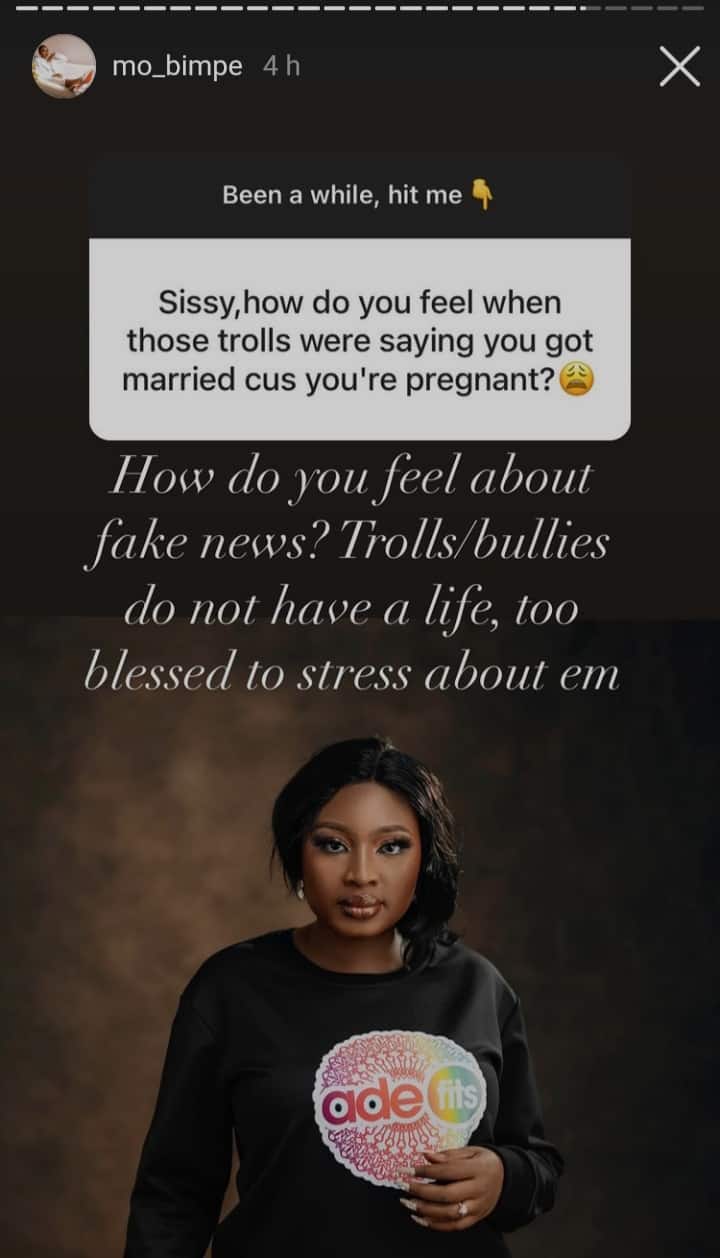 Mo and Lateef had made many of their fans and followers believe they have been dating for years due to the loved up photos of them they always shared on social media before they came public about their relationship.

The actress in the question and answer series however disclosed she and Lateef dated for a few months before they got married.

Recall that Lateef and Mo got married in an elaborate event with popular celebrities in attendance in December 2021; this means they must have dated for some months in 2021. 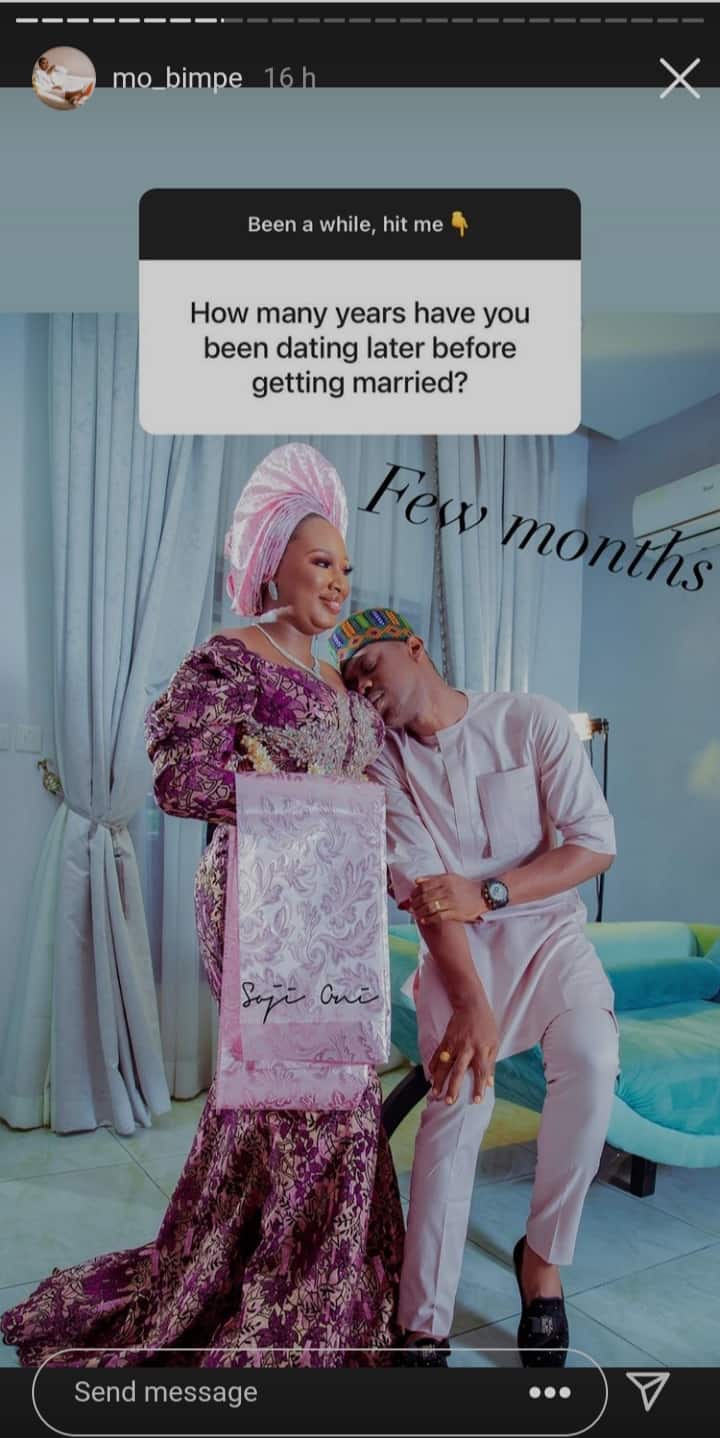 Mo Bimpe is not a trained actress

Mo also revealed she was not trained as an actress as she studied English at the University of Ado Ekiti (UNAD), now known as Ekiti State University (EKSU). However, she revealed she intends to take up training in acting in the future. 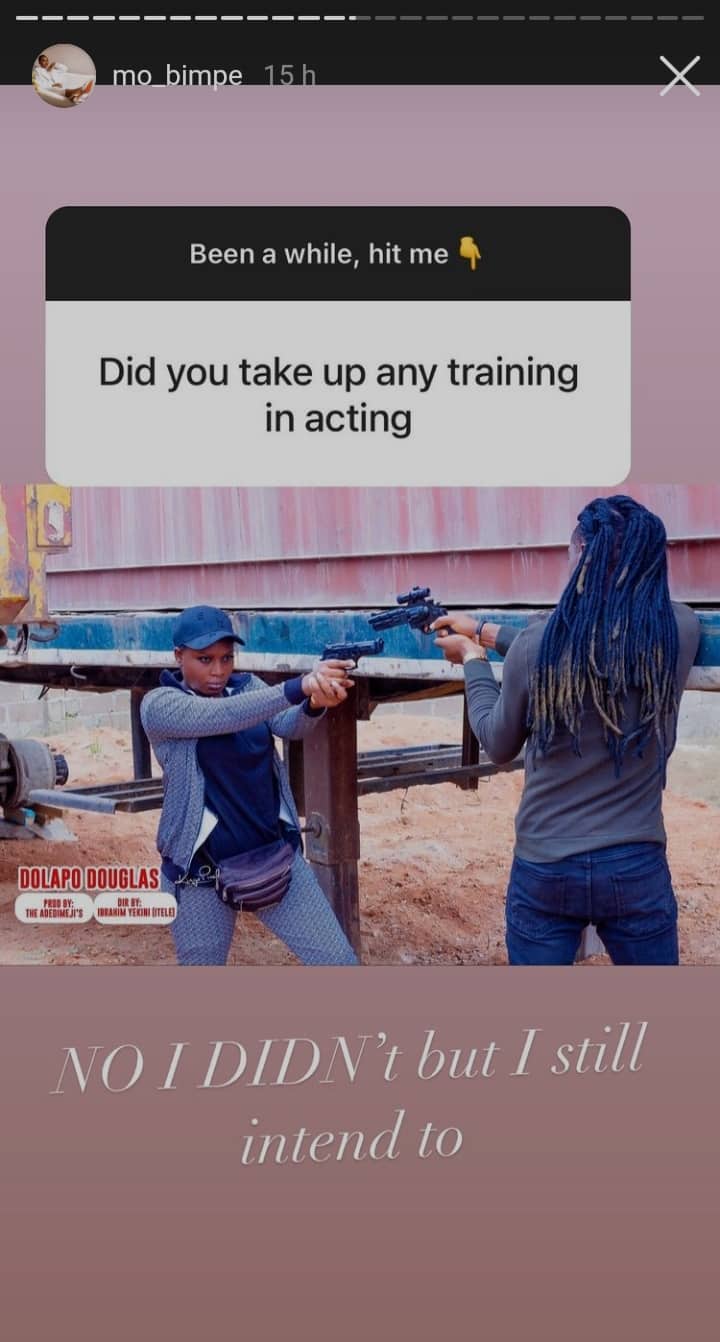 The actress also revealed she was not born a Muslim, which means she converted after her marriage to Lateef.