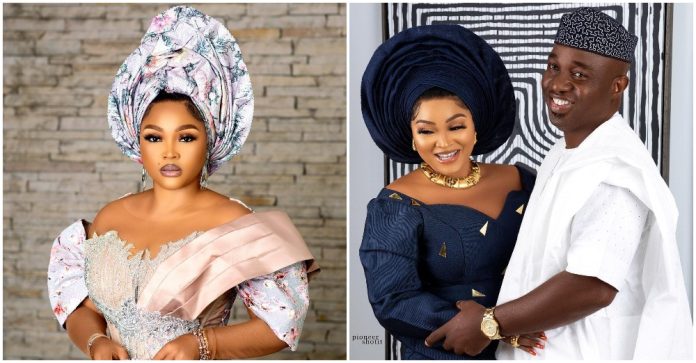 Nigerian actress Mercy Aigbe has debunked the rumors that she has packed out of her husband’s house.

Recall that earlier this morning was reported by popular blogger Gist Lover that Mercy Aigbe has packed out of her husband’s house after the first wife of Kazim Adeoti returned from the States to Nigeria.

Gistlovers also alleged that Adekaz’s intention in marrying Mercy Aigbe was to use her to accomplish his political career.

The wife Na abroad based so as Aunty Dey come house Den Dey enjoy she don think say the first wife no go come 9ja come claim her property, you see why I say believe all these yeyebrities at your own risk, close source also reveals say the motor wey Aunty claim say Na brand give am, Na Adekaz handiwork as that one really needed to convince Aunty say him ready them come Dey lie ontop brand as it is now the matter go soon turn yam pepper scatter scatter ooo.

Close source to the family also reveals that the plan was to use Mercy Aigbe accomplish his political career that he once confided in one of his friends about it, mercy on the other hand sef wan upgrade her puna to politics levels, so Na who wan d!e jam who go k!ll am, the two of them fit each other, make una stand well well oo because if bottles begin Dey fly make e no go meet una ooo. I come in peace. 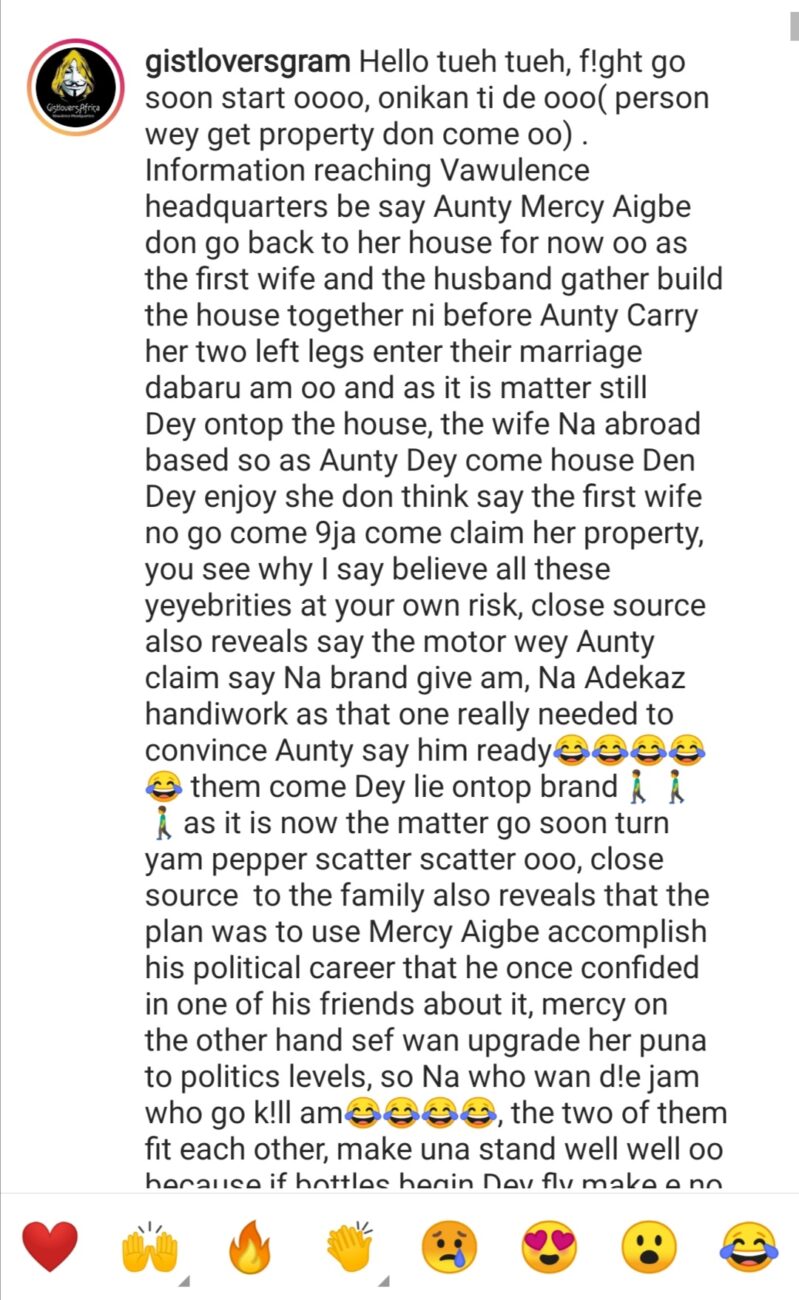 Reacting to this, many Nigerians mocked Mercy Aigbe, claiming that she might have left home to avoid any drama.

official_benue_mentor wrote: WHY ARE YOU RUNNING

@taiwoalabiho2 wrote: she left the house because the first wife is around. Maybe to avoid dramas. She has her own house nao.

@Tee_Classiquem1 wrote: This Mercy Aigbe news is still baffling me somehow, how can “Aya the owner” packed out of house for the ex wife of the owner? What in the name of nollywood script is all these

However, in a rebuttal, Mercy Aigbe has shot down rumors that she has packed out of her husband’s house.

“It’s a big lie jare. It’s not only packed out. it’s packed in, wo tosin, everyone can believe whatever they want to hear. I am busy chasing money. I tanga gidigba for my hubby’s house”. 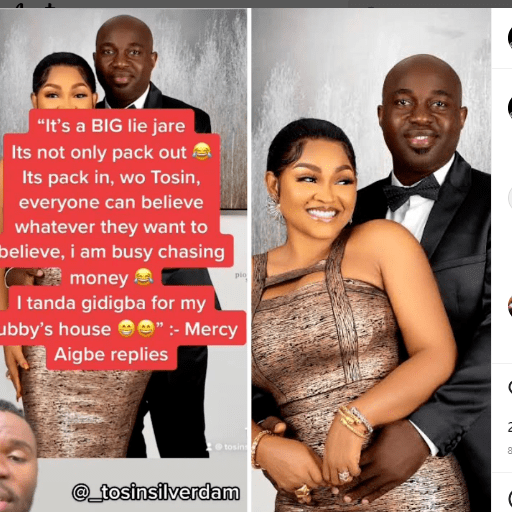