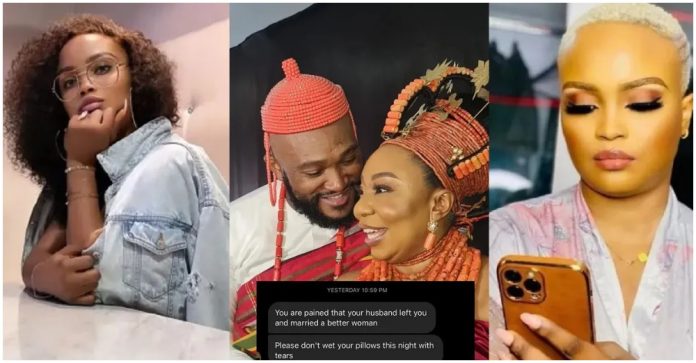 Maureen Esisi, the estranged wife of popular actor Blossom Chukwujekwu, has shared screenshots of some of the offensive messages she received after news of the actor’s marriage to his new wife hit the internet.

Chukwujekwu, who found love again years after his divorce from Maureen, tied the knot with his new wife, Pastor Ehinome, on Friday, May 20 in Benin, Edo state.

The actor took to his Instagram page to share beautiful photos of himself and his wife. However, moments later, Maureen revealed that her DM has been buzzing since the photos surfaced online. 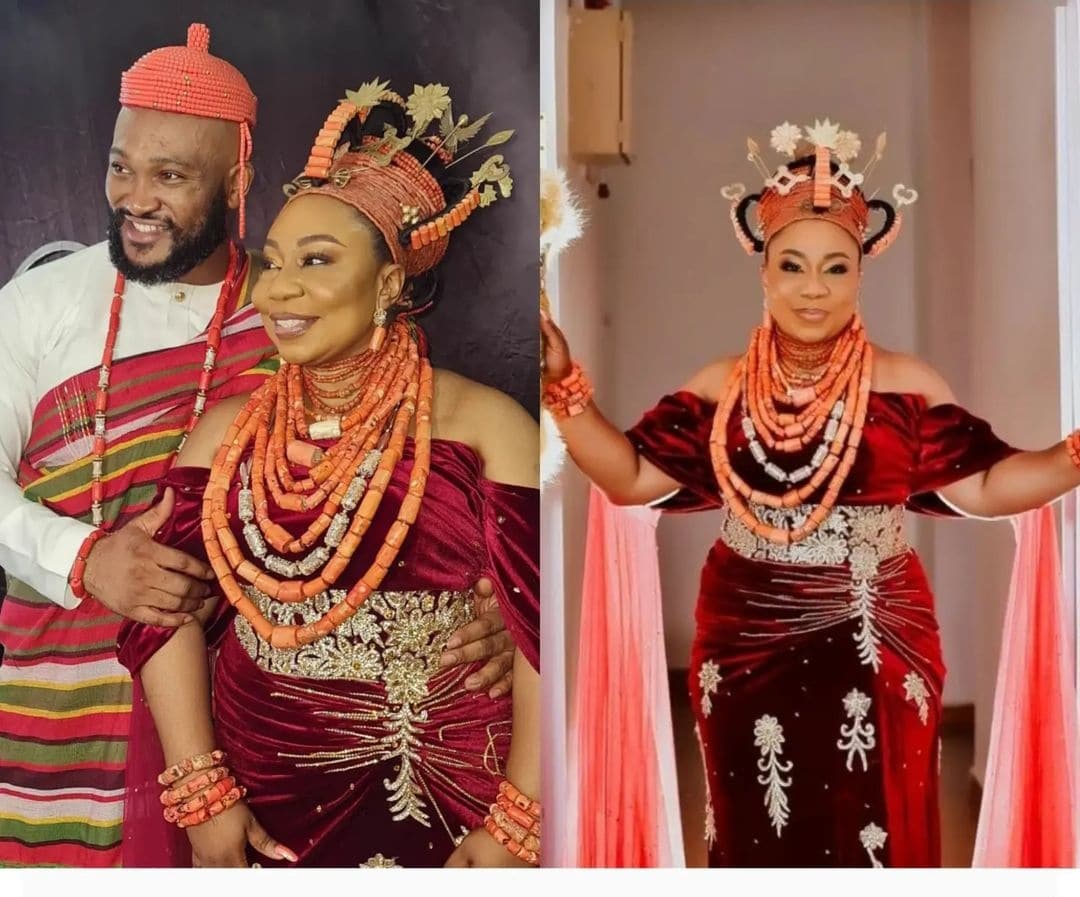 She has now shared screenshots of some of the messages she received, see below, 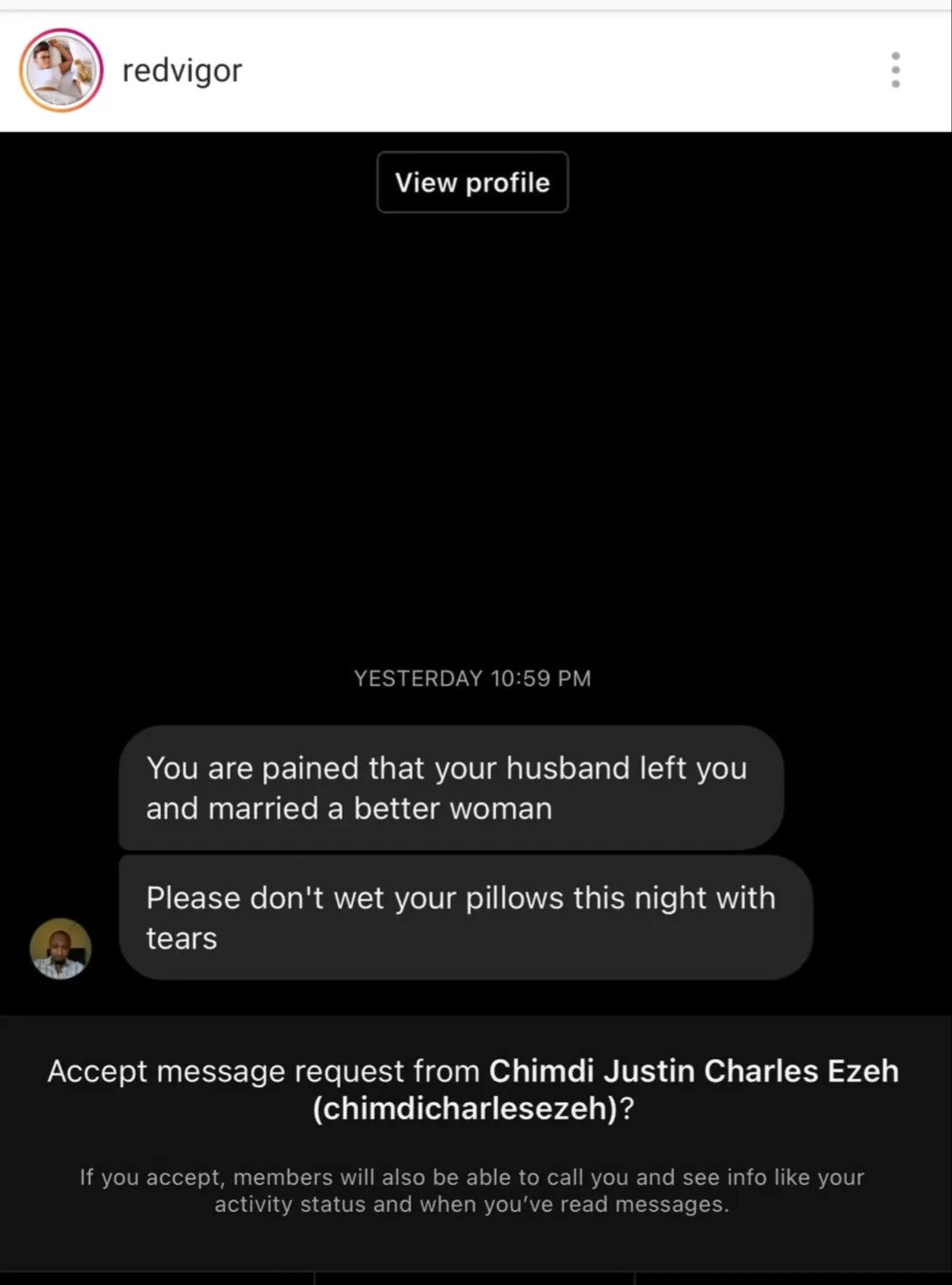 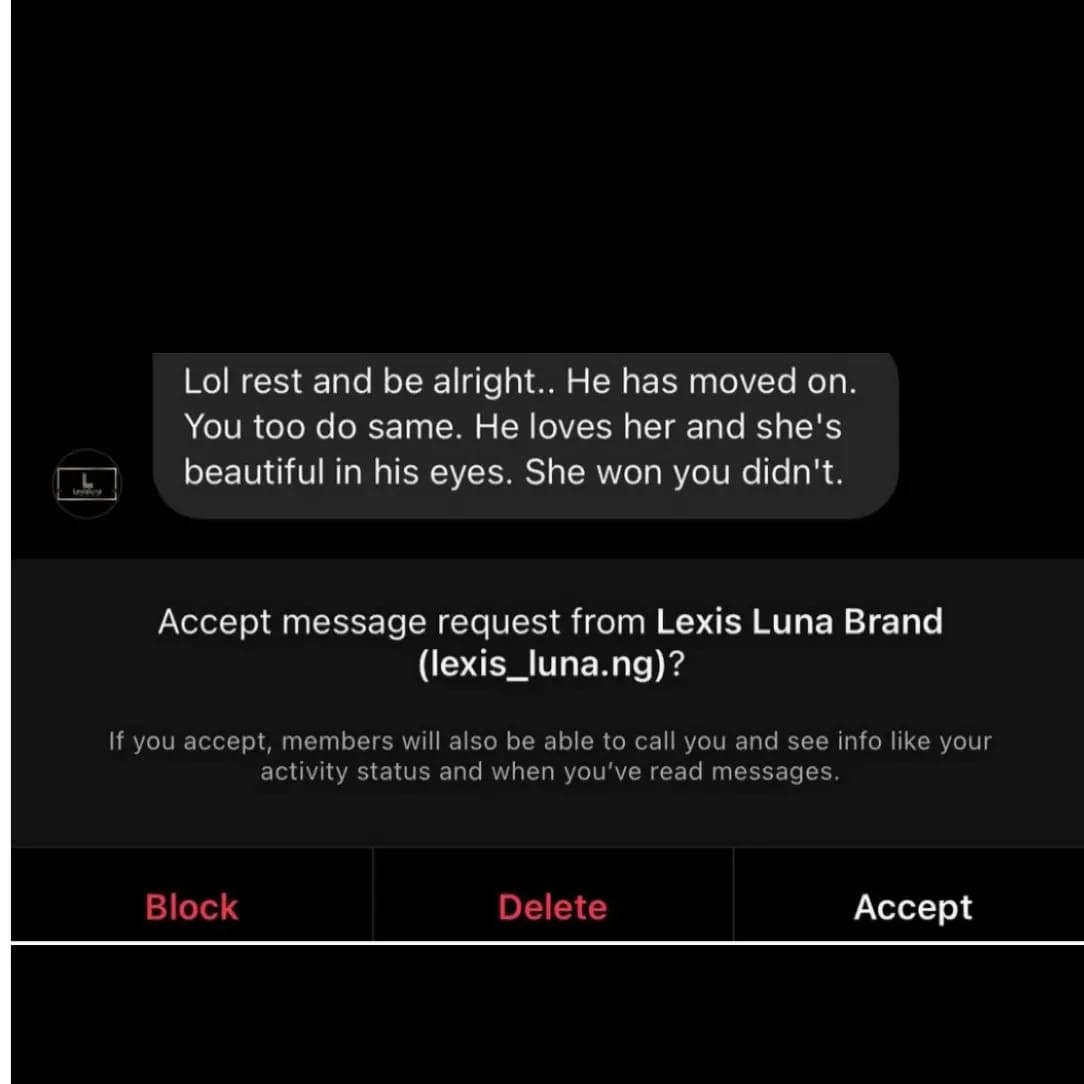 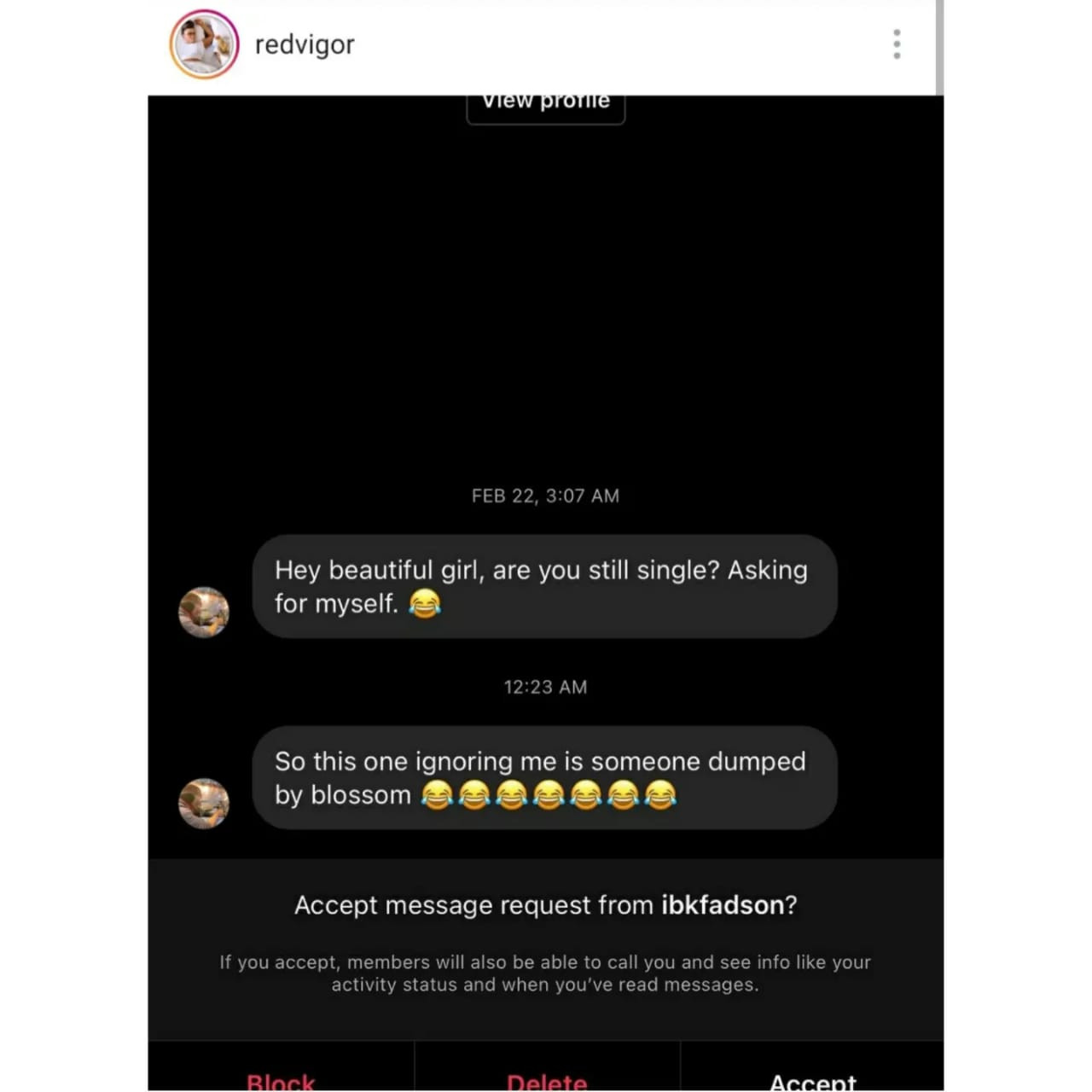 In other news, Maureen Esisi has responded to those criticizing her for smooching her friend’s boobies.

The brand influencer had taken to her Instagram page on Thursday, May 19, to share a sensual video of herself caressing her female friend’s body and kissing her neck while she was vaping.

The video didn’t sit well with some people and they advised her to reduce her shenanigans on social media. However, some others were thrilled by the sexual display and egged her on.

Reacting to the negative comments, Maureen said she was only catching cruise in the video, and told her critics to stop taking life too seriously.