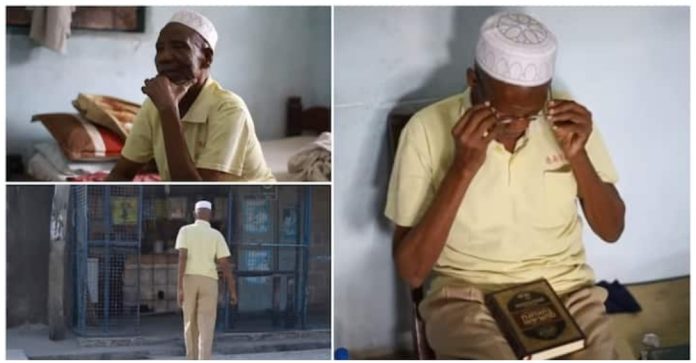 On December 9, 2017, a Tanzanian man identified as Hatibu Hussein Kifunza regained his freedom after being wrongly put on a death row for 20 years. 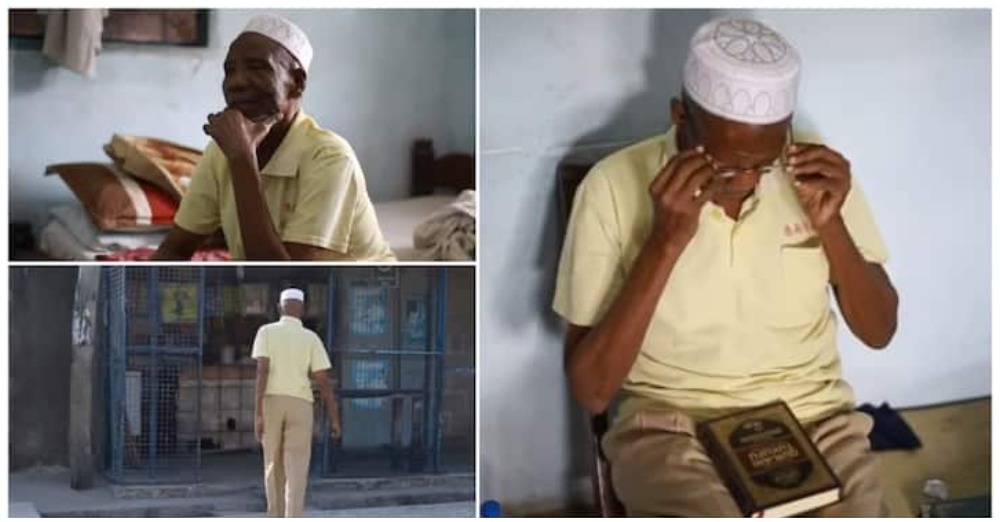 Before his life went south, Hussein can be described as a well-to-do man as he had 6 houses in the city all rented out and lived in another which he also owned.

Speaking with Afrimax, the now physically challenged man said it all started when he had a certain tenant rent one of his apartments.

One day, soldiers called at the said house, got the tenant and requested to see the landlord.

Sharing his story in his local dialect, Hussein who had his education up to primary 7 said he rushed to see the soldiers and discovered that the said tenant was accused of committing a crime.

According to the soldiers, his tenant robbed and murdered someone. The force men arrested the landlord and accused him of aiding and abetting a known criminal.

From the arrest, he, the accused tenant and 6 others were charged to court and given capital punishment as their final sentences. Hussein couldn’t believe his eyes as he was innocent.

Hussein was favoured by two presidents

Hussein said as a death row inmate, he was taken to a holding facility in Ukonga in Ilala District of the Dar es Salaam Region of Tanzania before being moved to another location.

However, in 2005, the then country president identified as Benjamin Mpaka removed the death sentences, by this they were placed on normal sentences.

A successive president then gave him freedom after 20 years as a death row inmate.

Hussein said he almost lost his mind owing to his ordeal as a death row inmate.

Upon his release, he got home to discover all his 6 houses have been sold off by his brother at lower prices and without his consent.

For fear of having anything to do with prison, Hussien said he decided not to take his brother to court and now lives with his mum. He however suffers from a leaking bladder and needs aid to get treatment.

Bife Shikeh said: “God is faithful thank you Lord for standing by them.”

Luis martins said: “Unfortunately his case is not the first and it won’t be last, how many innocent mistaken identity are in prison? Or been killed for been at wrong place at wrong tome? Or for the colors of their skin? No one knows and no one will ever known.”

Grace Forpurpose said: “Mighty God you said in everything we are to give you thanks, I pray that you will restore the years they’ve lost and make haste to deliver those who still remain innocently locked up all over the world in Jesus name.Thank you Jesus.”

“Nobody wants to date me because of my Tall Height” – Lady says, shares video