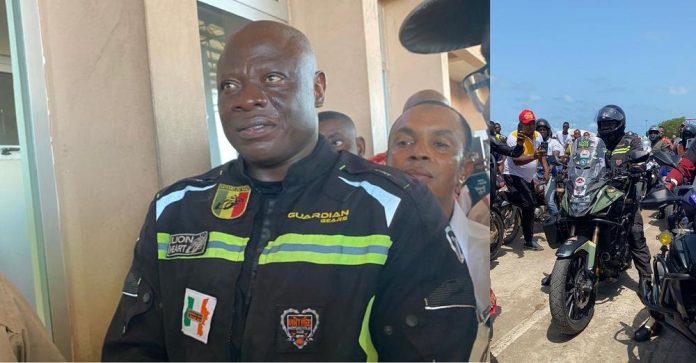 Kunle Adeyanju, the U.K Based Nigerian biker who took on an adventure to travel from London to Lagos on his Bike has finally arrived Nigeria and he was heartily welcomed by Nigerians who praised his bravery. 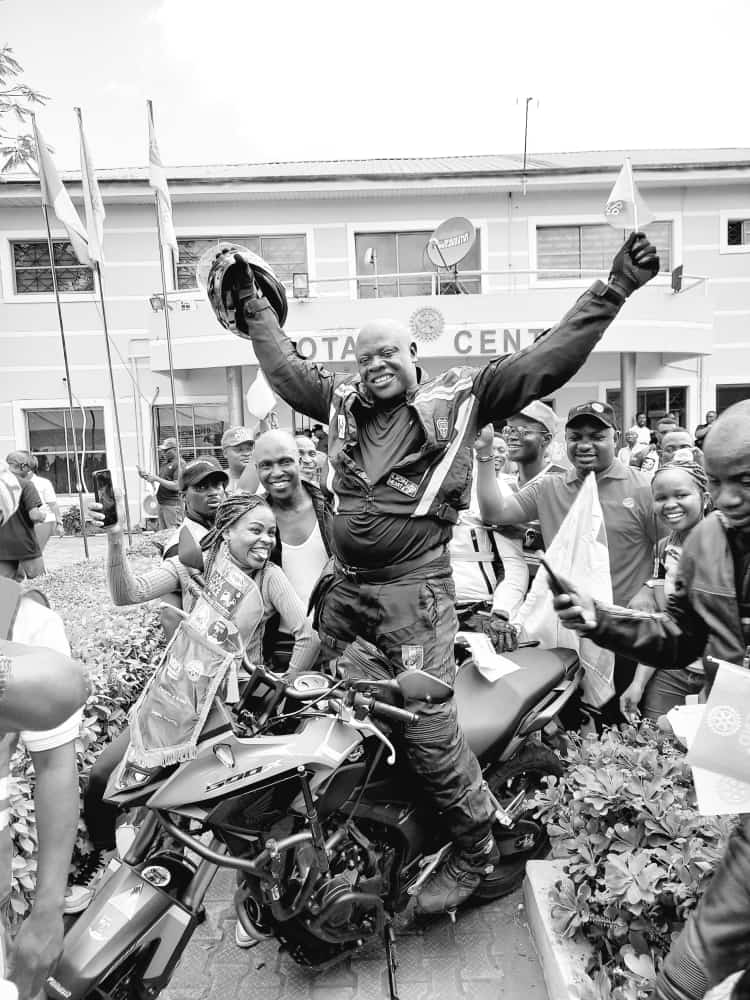 The biker who set off his journey from London, United Kingdom on April 19 was greeted at the border between Nigeria and Benin Republic by a cheering crowd who had gathered to welcome him, after which, he proceeded to Lagos metropolis.

He arrived on Sunday to cheers from the crowd who had gathered in anticipation of his arrival.

Kunle had given updates and shared photos via his social media page and he slowly gathered an amazing amount of clout as he even earned a recognition from Twitter CEO – Paraga. 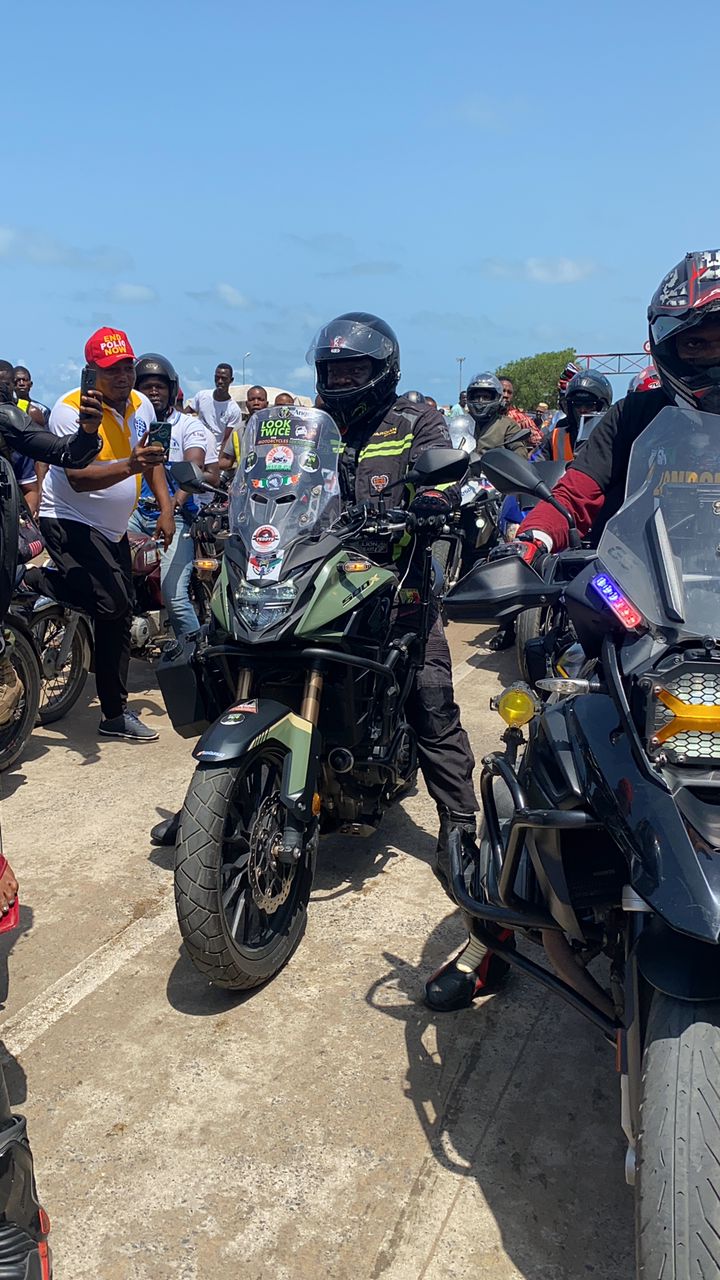 Mr. Adeyanju’s goal was to create awareness for Polio and one can proudly say he’s had a job well-done. Watch Video below:

Phem wrote; Just take it as it is….Nigerians are happy people, they celebrate their own. The frustration you see from them is as a result of how the government treats them. Kunle Adeyanju in Lagos.

Don wrote; Not sure someone is gonna come close to what Kunle Adeyanju has achieved for a very long time to come

p.terry wrote; E clear me say this man and that he bike na flight dem go use go back cus he mouth nor go fit talk waiting he eye see for road