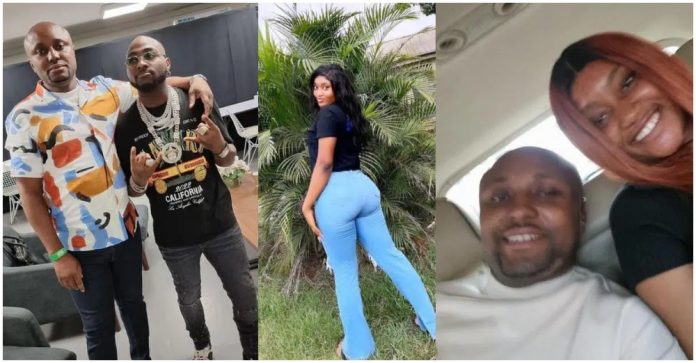 Fiancee of the popular logistic manager, Isreal DMW, is elated as she receives an unprecedented gesture from the superstar singer, Davido.

Taking to Instagram to announce an unexpected gesture from Davido, the young lady expressed utmost joy as she gets a follow from him.

Expressing the joy of the privilege, Isreal DMW’s fiancee wrote, “Followed by the biggest there is @davido only one baddest put some respect on my name y’all.” While quoting Davido’s lyrics, she added, “Since I was born, hapiness in my blood; de talk e many many but I know say de ma talk.” 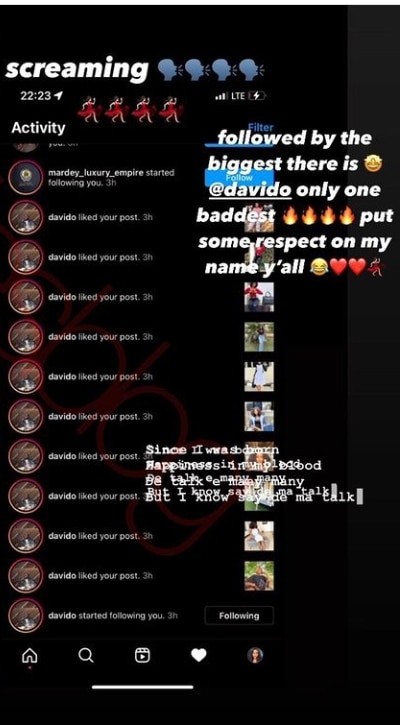 Recall Davido had gotten many talking as he gifted his personal logistics manager, Isreal DMW’s fiancee a whopping 500, 000.

The billionaire singer claimed that the money was for her to recharge her phone.

Taking to his Instagram story to share the good news, Isreal DMW appreciated his boss for the kind gesture.

“My Oga just gave my Fiance 500k to buy airtime. Thanks sir”.