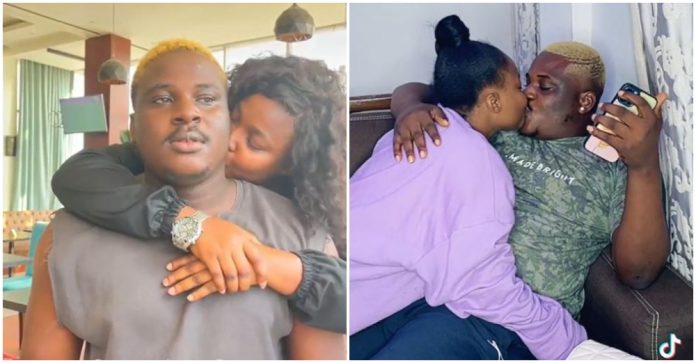 Two talented comedians who came together to form a couple have allegedly broken up with their relationship. If you are conversant with Instagram, you would know Isbae U and Mummy Wa were dating themselves. 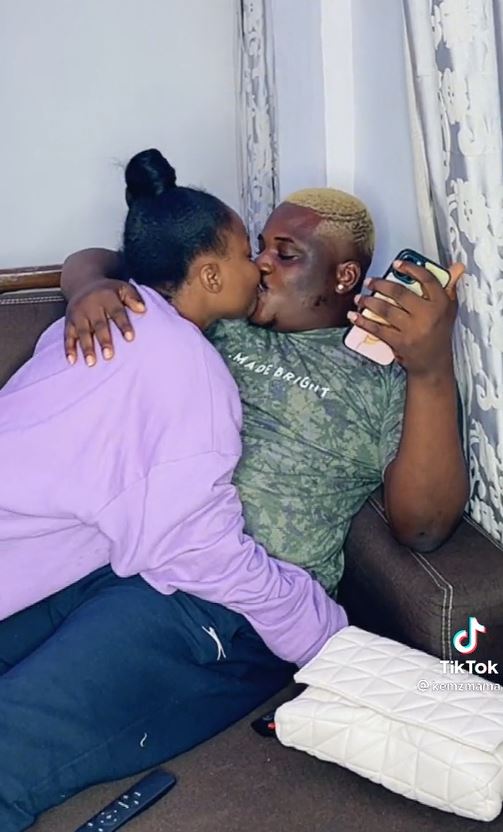 Recall that Isbae U trended in the country a few months ago due to a leaked scandal and video. A video was informed by one of the slay queens Isbae U was having affairs with on Instagram. The lady threatened to release his nudes to social media and use that to blackmail the comedian. The slay queen later released the tapes after collecting a series of payments to keep the pictures and videos. Many Isbae U fans were furious at his mischief, and he also lost trust in some of them.

In reality, Mummy Wa, who happened to be his girlfriend, was quiet about the incident. I meant that she did not post about it on her Instagram page, but I am very sure they have a misunderstanding under their roof. 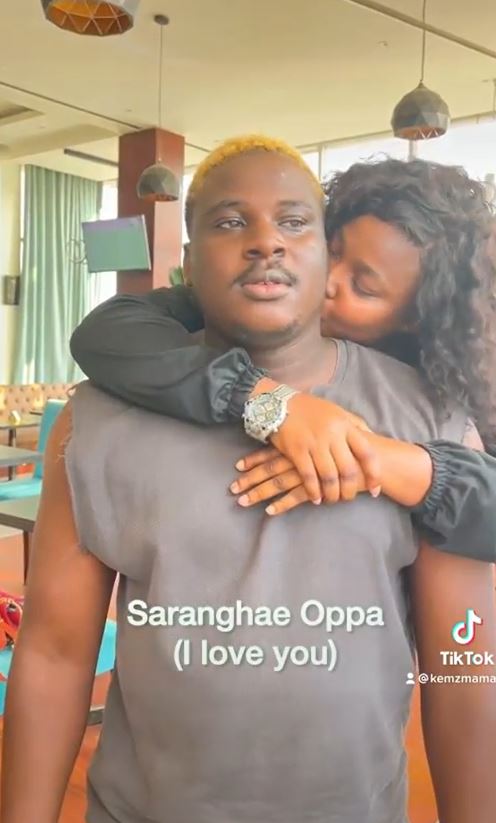 According to a gossip blog named Gistlover, they made it known that at this moment, Isbae U and his girlfriend, Mummy Wa, are not dating anymore. According to the source, the main reason for their breakup is that Isbae U usually beats Mummy Wa. In addition to this, Isbae also cheats on Mummy Wa by involving in relationships with other girls.

Hello tueh tueh, pictures will be in our telegram, if you nor join the telegram link Na you sabi ooo😂 side chic and her mama picture and some pictures too. I come in peace
Swipe. I forgot to add e get one day wey this boy b.eat mummy wa, she has to call her friend to come get her that she is al.most dy.ing only for Bae u to call that same friend back say make she no worry say Na li.ttle argument, the friend has to call mummy wa back and was hearing her crying, wo I don go telegram like this oooo🚶‍♂️🚶‍♂️🚶‍♂️🚶‍♂️🚶‍♂️ 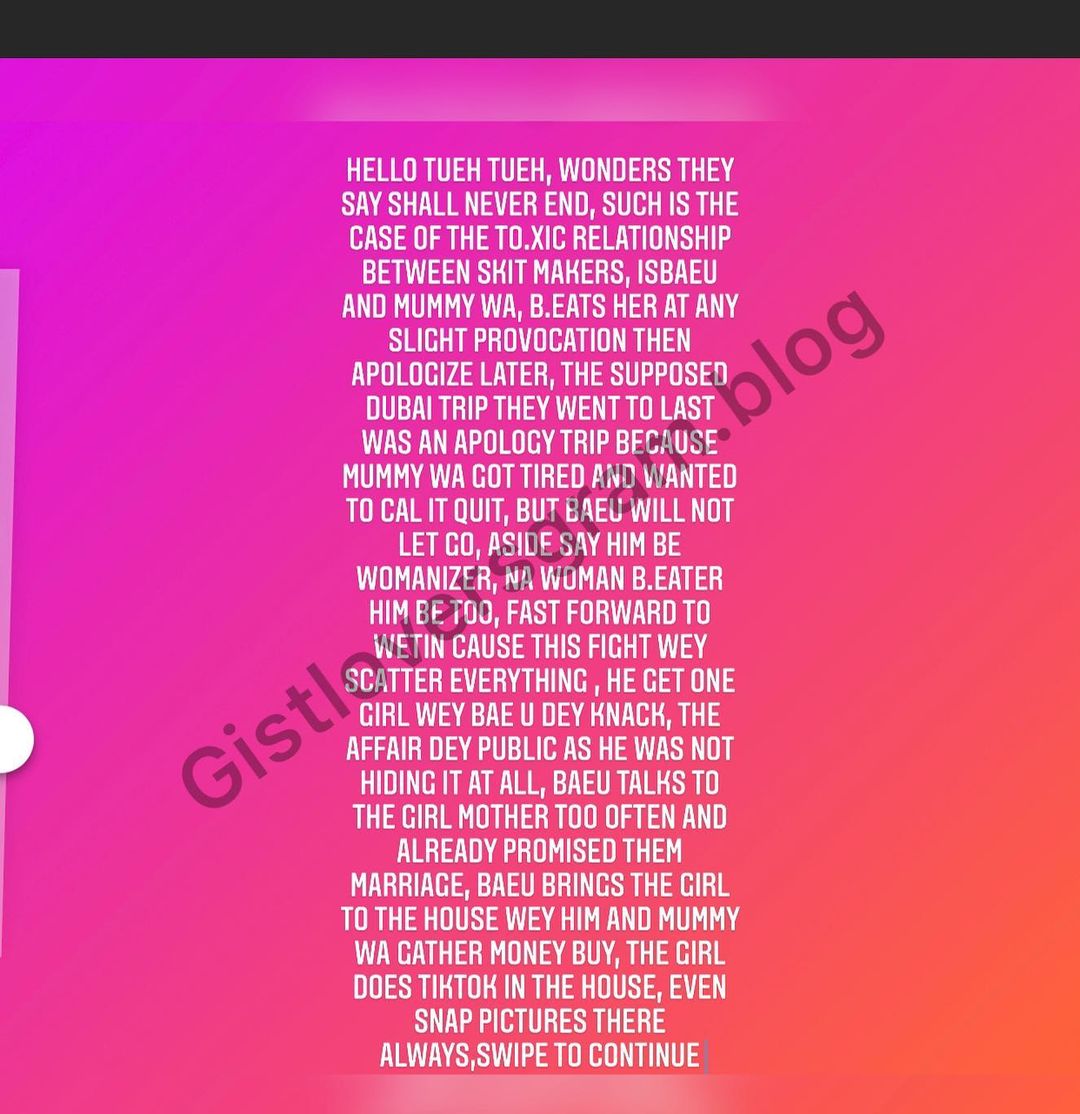 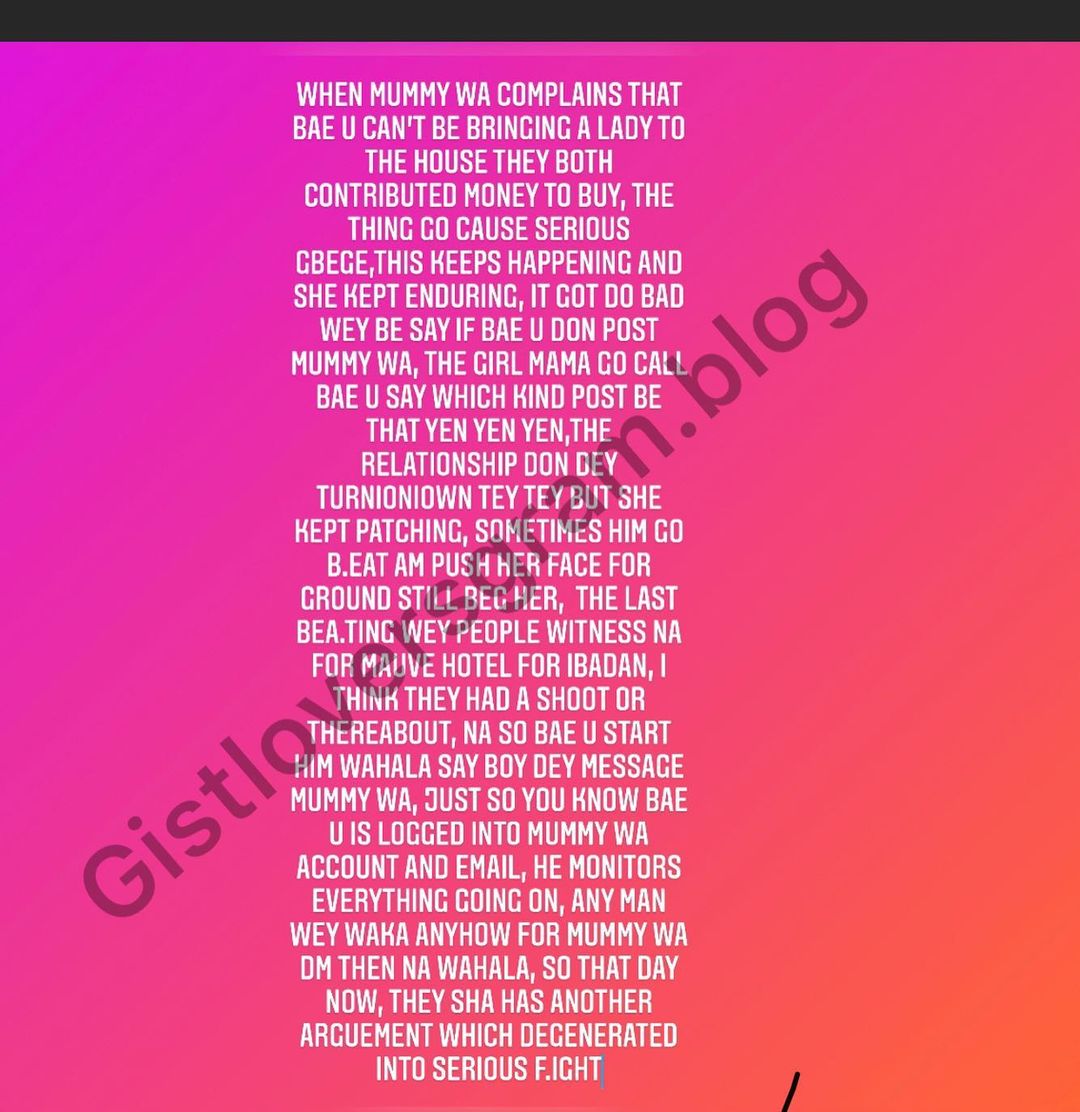 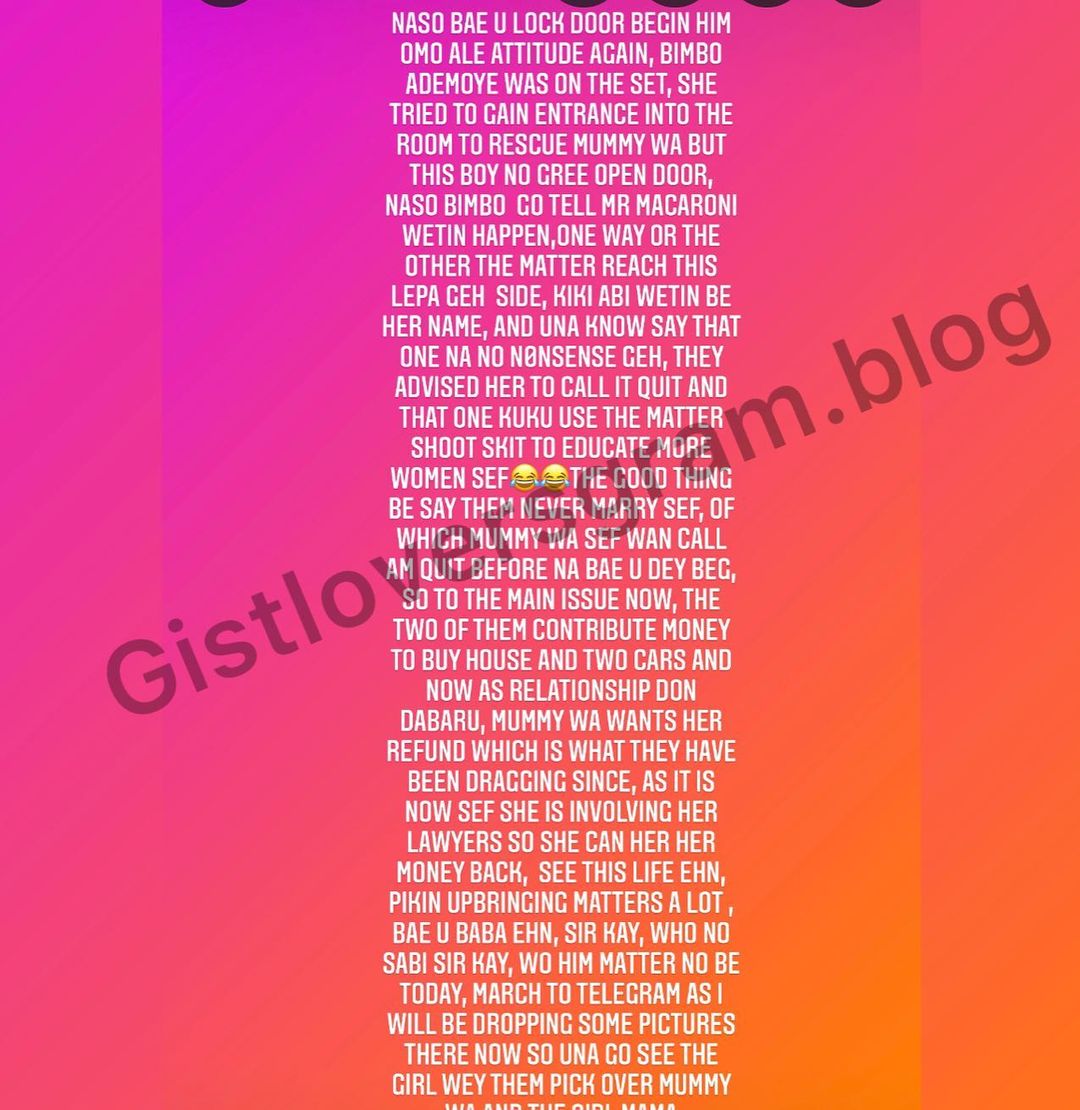