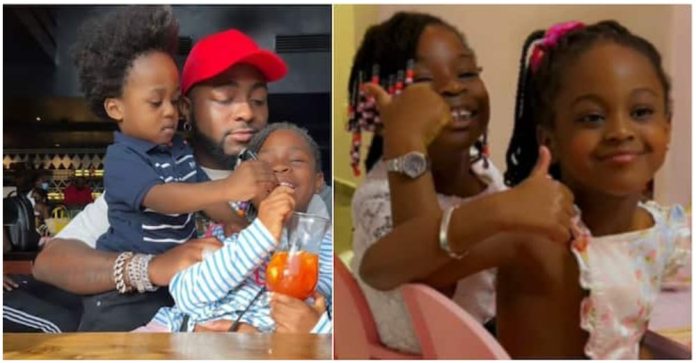 Davido, who is proud of his children, warms the hearts of his fans and followers with lovely videos showing moments with his kids on his Instagram page. 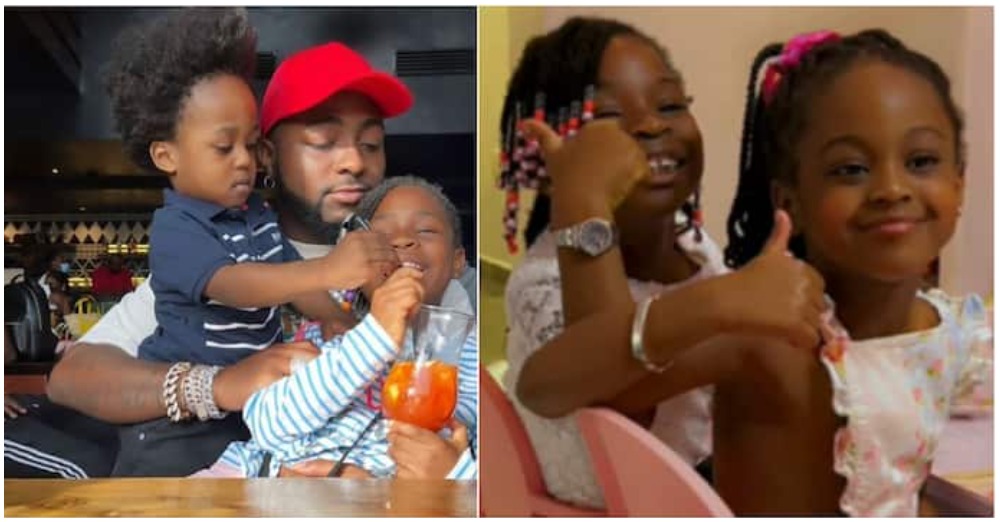 In recent times, Davido’s babies have made headlines with their interaction with one another and as expected, it got people talking.

Davido’s first baby mama Sophia, Imade and Hailey were spotted in a cute video as they vacation in Ghana. As Sophia played with Hailey, Imade innocently asked Sophia why she isn’t Hailey’s mother.

While in Ghana, Davido was spotted with his girls. Hailey was the first to tell the singer that she loves him and he replied to her. Imade then said her own and kissed her dad.

Davido’s first child Imade met her brother Ifeanyi as they stepped out to eat at an expensive restaurant. The singer was later spotted holding both kids and kissing them simultaneously.

Davido made sure that Hailey met her brother Ifeanyi as she visited Nigeria for the holidays. The singer shared a photo of the siblings and Nigerians couldn’t stop gushing at the resemblance.

Sophia shared a video showing the moment Imade and Hailey visited a spa to get pampered. The girls looked happy as they gave various poses for the camera.