MaDailyGistGet the Latest Gist in Town
More
GOSSIPGet Daily Gist
More
Home Celebrity/Entertainment “I’m so sad; this is truly a wake up call for me... 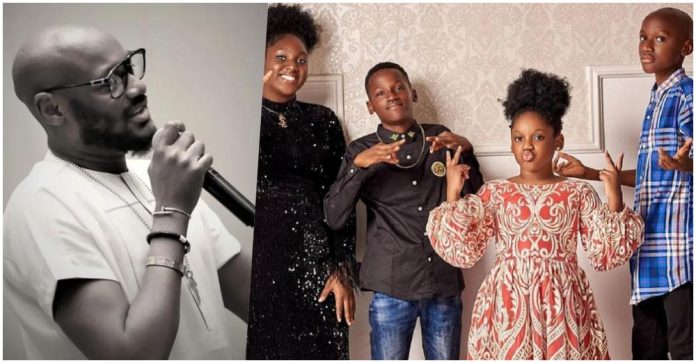 Nigerian legendary singer 2face Idibia has publicly regretted his actions about losing so much precious time with all his kids.

2face got emotional while reacting to a video of Cristiano Ronaldo sharing some of his family experiences in a recent interview.

In the video, Cristiano Ronaldo speaks about how he was emotional when he visited his father in the hospital and had a significant game to play.

According to Cristiano Ronaldo, leaving his father in the hospital was difficult for him, but his father urged him to go to his games despite his health situation. Watch Video below:

Reacting to this, 2face, in a post shared on his Instagram story, opined that he has lost so much precious time with all his kids and can’t rewind.

2face noted that he is sad about the past, but Cristiano’s interview is a wake-up call for him as a father.

He wrote: I have lost so many precious time with all my kids and I can’t rewind. I’m so sad about that. So this is truly a wake-up call for me as a father. 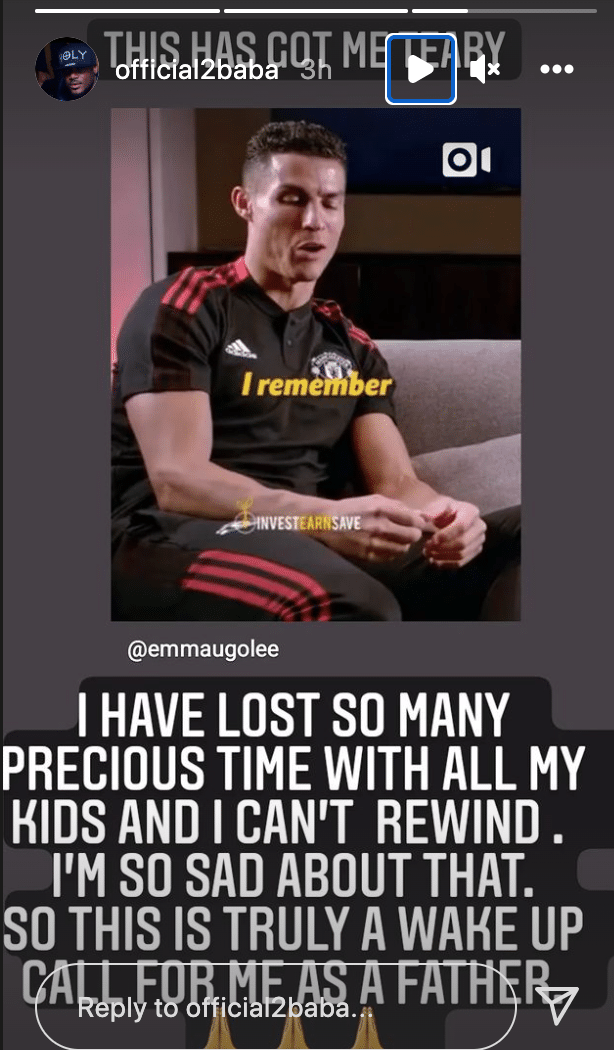 Recall popular media personality Shade Ladipo got more than she bargained for after a helpful piece of advice to Nollywood actress Annie Idibia.

In a post on Instagram, Shade Ladipo expressed love for Annie Idibia, saying this is the best time to get her husband, a vasectomy.

According to Shade Ladipo, there are already enough children, and there won’t be any need for 2face to have more.

She wrote: I love you, Annie, so now would be a great time to ask 2face to get a vasectomy; I mean there are enough kids in the mix.

Vasectomy is an elective surgical procedure for male sterilization or permanent contraception. During the process, the male vasa deferentia are cut and tied or sealed to prevent sperm from entering the urethra and thereby prevent fertilization of a female through sexual intercourse.

However, Shade Ladipo’s advice earned her backlashes as netizens urged her to mind her business.