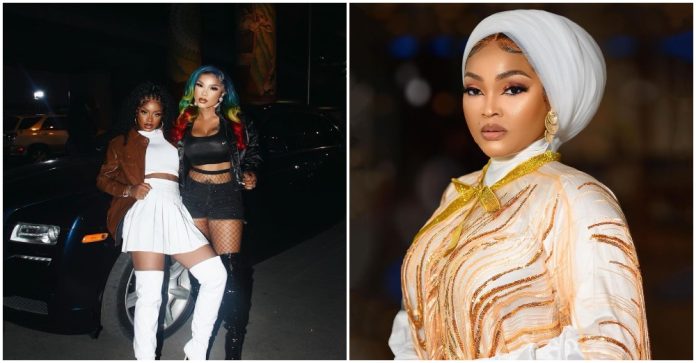 Actress, Iyabo Ojo has subtly reacted to the news about her colleague, Mercy Aigbe’s marriage to a married man, Kazim Adeoti.

Unlike Mercy Aigbe who is currently the second wife of Kazim Adeoti, a married businessman with four children, Iyabo Ojo does not want her daughter, Priscilla Ojo to marry or date a man who is already married.

She made this known at an event where popular comedian, Akpororo was on stage entertaining guests when he asked after Iyabo’s daughter and jovially expressed how he has been thinking about her and his affection for her.

In other words, her daughter can’t marry Akpororo who is married with kids, and subtly shading her colleague, Mercy Aigbe.

In 2021, Iyabo joked about believing in early marriage as an African mother.

Joking with her daughter and others in an Instagram video, the actress said she wants her engaged at 23, married at 24 and delivered of a baby at 25.

Iyabo, a single mother, has another child named Festus.