MaDailyGistGet the Latest Gist in Town
More
GOSSIPGet Daily Gist
More
Home General News “I Will Rather Live in Nigeria, Pineapple Is Cheap Here, is only... 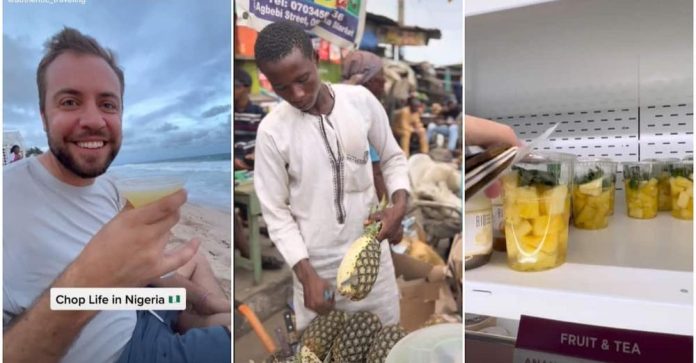 A white tourist and adventurer, Chris, has in a video on his TikTok page showed how Nigeria is a very economical place to live in. 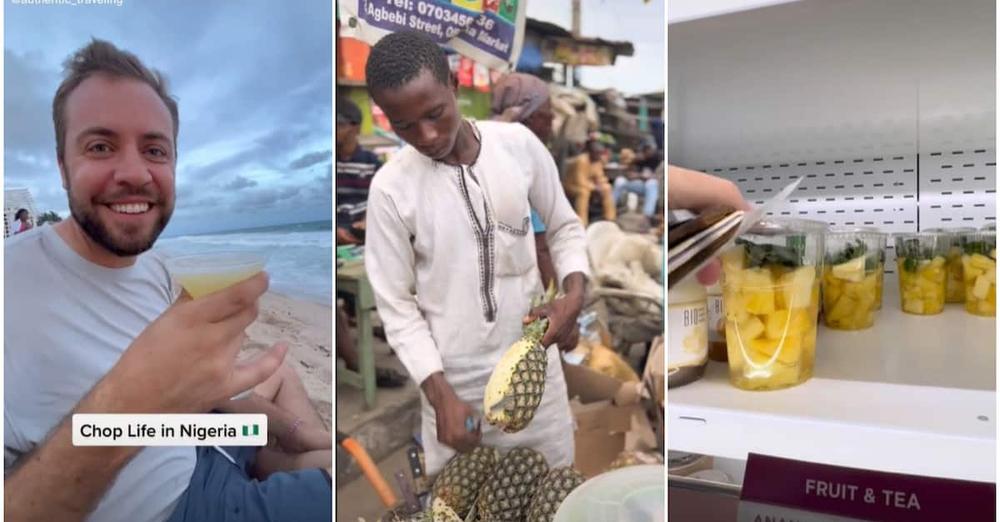 In the viral clip, the man showed a trader peeling a pineapple and said that the fruit only cost N500 in Lagos state compared to Paris where the same goes for €6 (N2,675.09).

I prefer living in Nigeria

He stated that everything is cheaper in the country and he would rather live in Nigeria than in Paris.

Many Nigerians took to his comment section to argue with him on the relative affordability of pineapples in the country.

As at the time of writing this report, the video has gathered over 1,000 comments with more than 50,000 likes.

We  compiled some of the reactions below:

enewoloprecious said: “That 500 is too expensive for us in Nigeria.”

Chris replied: “It’s not the right season I think. They’re cheaper in Benin where they mostly come from.”

TPD Gifts said: “Man is sacrificing his citizenship for some Organic pineapples, we support this mission but as a 500 is too expensive.”

Reezy said: “I’d rather be in Paris and not eat pineapple.”

Adam Mo said: “I need to start exporting Pineapples, to the European brothers.”