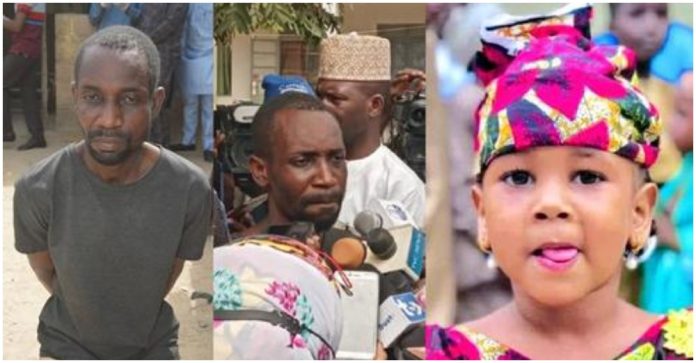 Abdulmalik Tanko, the schoolteacher who was arrested for killing a 5-year-old pupil of his school, Hanifa Abubakar, has confessed to the crime. 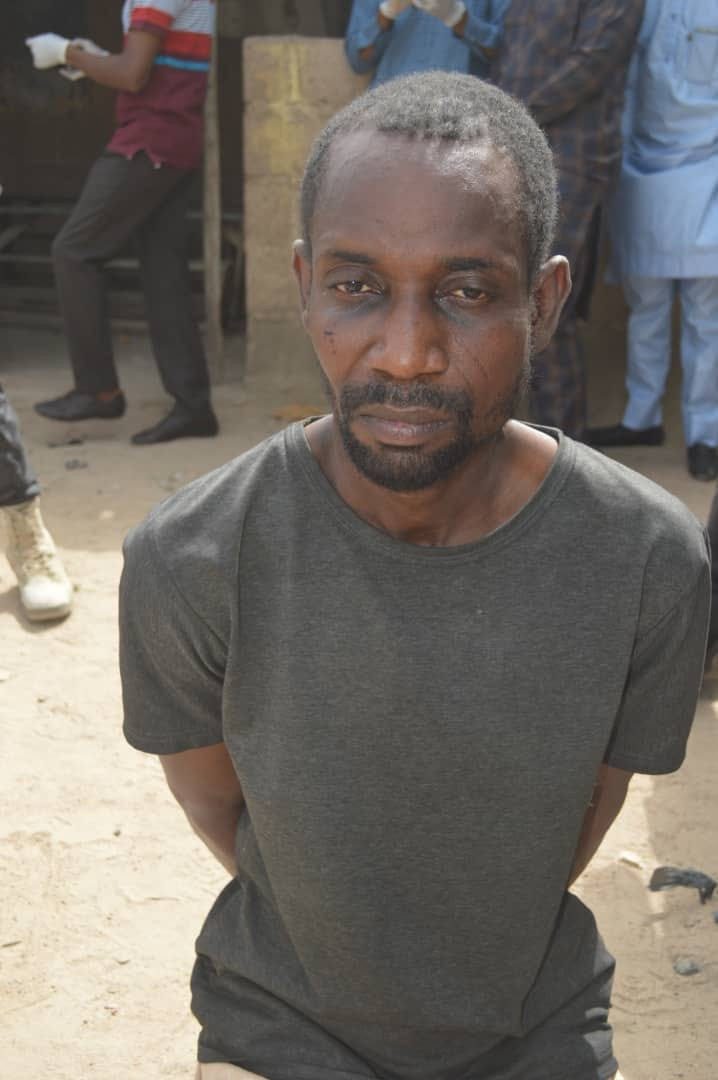 Hanifa was kidnapped on December 4, 2021 on her way home. Her body was, however, recovered two days ago from a shallow grave inside her school compound, Noble Kids Nursery and Primary School, Kawana, Kano.

Police investigations led to the arrest of the school proprietor who had called her parents after her abduction and demanded a N6 million ransom.

While being paraded before newsmen at the Kano Police Command headquarters on Friday, January 21, Tanko revealed he killed the little girl with N100 rat poison.

Although he confessed to the crime, he dismissed claims that he killed the young girl for money ritual.

“I picked her inside Keke NAPEP and I carried her to my own house where I lied to my wife that the girl was a daughter to one of the women working in my school and that the mother traveled and is pleading for us to keep the girl for some days. My wife accepted and kept the girl for that reason.

I realized that the girl’s parents were informed that when picking her up, she made mention of ‘uncle’. This gave me the impression that they might be suspecting me as the uncle.

Then after some time, after some days, some of my teachers visited my house very early in the morning and when they came, I was also suspecting that they were sent over to the house to find out whether the girl was there with me; that was on the 5th day after the kidnap.

So, I decided that it was better I found a way before I would be caught. I first thought of sending this girl to another state but again, I thought the whole town was aware that she was missing. If the girl was going to be sent out through the main roads, we would be caught. So, that was when I concaved the idea of killing her.

“I picked her at home; she was already sleeping, it was getting to 11pm. I picked her up… I used to take tea always… I was drinking tea at that time, so I put the remaining tea in an empty container of BoBo yoghurt and then I poured in this rat killer poison inside and gave it to the girl, not in my own house.

When we went to the other school, when we were passing, I told her that I was taking her back to her uncle’s house so as we were going, I gave her the drink on the road and she drank it and then we entered one branch of the school, the branches are two. We entered the other branch with her and I told her I was going to pick something inside. She entered and that was where she finally died.

I bought the poison 100 naira. I buried her in the school. Let me clear this doubt. People are thinking that it has to do with ritual, this is not rituals. I buried her inside the school simply because I was not able to find any secure place to dig a hole.” He said.