MaDailyGistGet the Latest Gist in Town
More
GOSSIPGet Daily Gist
More
Home Celebrity/Entertainment “I reached out to Linda, she did not care, My Daughter has... 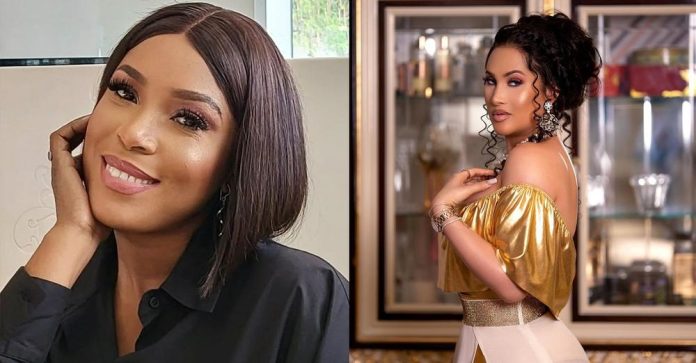 In a recent episode of the Real Housewives of Lagos, Caroline and Linda Ikeji’s sister, Laura Ikeji-Kanu had a verbal altercation and an angry Caroline averred that Linda was the cause of her failed marriage.

According to Caroline, Linda Ikeji posted false information about her person and also smeared her daughter’s image. Caroline said she tried to reach out to Linda several times and also served Linda court papers but the blogger never responded and instead opted to leave the damaging articles she wrote about her live on her popular blog.

See the video below ;

In the 3rd episode of #RHOLagos, Carolyna blows hot as she defends herself against Laura Ikeji who had revealed that the reason she doesn't vibe with Carolyna was because she insulted her sister, Linda. pic.twitter.com/mXWFKd6EJh

@HIbitayo said: “It’s a reality show, Linda was brutal with her blogging then.”

@inusa_aisha said: “Laura beef with Carolina was mainly because of Linda, she never saw this side of Carolina.”

Auntie Thembi said: “But the attack on Laura was abit too much, she should attack Linda. I feel for Laura too.”

In January this year, the former Nollywood actress shared her experience during the divorce, nothing that her divorce from Musa Danjuma made her feel like a failure.

She revealed that she had held herself responsible for not creating a perfect marriage and blamed herself for mistakes they both made during their marriage.
In her words;

“I blamed myself for not making a perfect marriage, I blamed my self for both faults of ours until I started healing then I knew I was not a failure.”

“I prayed to God for assistance, most importantly to forgive my self and him.”

“Rather than hate the outcome of what was, I chose love and peace of mind for what is. We both ain’t perfect and that is what makes us human. I dealt with the hurtful words from friends and strangers, the stigma and constant mockery without knowledge of what truly happened.”