MaDailyGistGet the Latest Gist in Town
More
GOSSIPGet Daily Gist
More
Home Celebrity/Entertainment How and Why I Ended up Dating a Man With No Money... 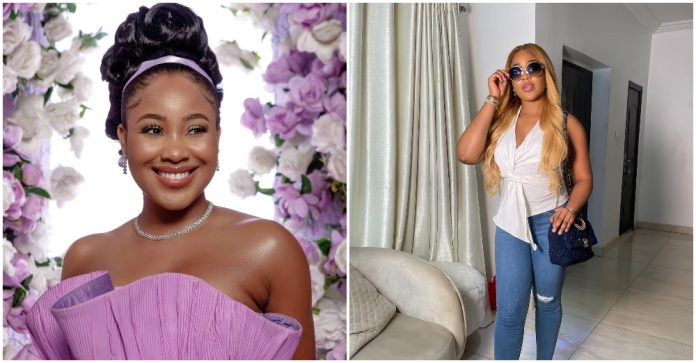 However, there is another reason why people enter into a relationship, one that is not talked about enough and that is: to prove a point. Maybe somebody said something about you that you don’t agree with and so to prove them wrong, you end up doing whatever it takes to negate what the person said. This is exactly the situation Nigerian actress and Big Brother Naija contestant Erica Nweledim found herself.

During a game of Never Have I Ever with KraksTV, Erica opened up about a relationship she deeply regrets. She explained why she dated the man and what eventually caused it to crash. Here’s everything Erica said.

In answering the game’s question, “Never have I ever regretted a kiss or relationship?” Erica responded saying:

I have. Well those people are part of the people I don’t know anymore. Okay so let me give the safe explanation.

There was one person and on a normal day I will not have dated him because I don’t think we would have even met if not for maybe Instagram or something. The person met me and was always trying to make me feel like ‘oh, you’re one of those girls that is always trying to do big girl. Blah blah blah.’ So I was always trying to PROVE that no, I’m not forming big girl. Then the person now started making me feel like ‘Oh, I’m sure you can’t date broke guys’. I was so stupid. And then I found out that I ended up dating this person just to prove that I can date broke guys. So I can prove that ‘oh, I’m not a gold digger or something’. The relationship was HELL. Because we couldn’t even do basic stuff like go out on date because obviously, there was no money. It was so stressful. And when I’d go out with my friends like male, female, the person is like ‘Oh, I’m sure there are other guys that are chasing you’. The person was just so insecure because obviously, no money. And any little fight we have, the person will relate it to the fact that ‘oh, it’s because I don’t have money’. Please go and fix your insecurities and stop trying to drag me down with you. I regret that relationship.

Erica is not the only person that has done this. It is very much a cautionary tale. You don’t need to prove anything to anybody. If somebody says, ‘oh you only date people you think are fine’, will you now go and date someone you think it’s not fine? It’s not everything you need to prove and I’m happy Erica learned this and is now sharing this story as an example of how these kinds of situations go because they happen more frequently than you think.