MaDailyGistGet the Latest Gist in Town
More
GOSSIPGet Daily Gist
More
Home General News “Her husband always collected her money and her pastor was against divorce”... 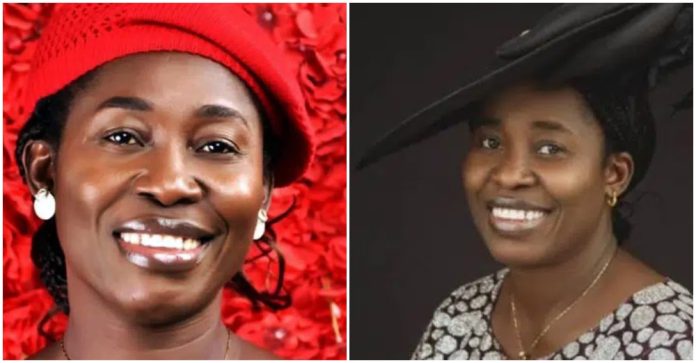 Gospel singer, Osinachi Nwachukwu whose death shook social media platforms has proven to the world why women shouldn’t stuck around in an abusive relationship.

The producer of the late singer, Sunny Pee had opened up on the physical and emotional abuse she went through in her husband’s hands.

Sunny Pee revealed that Osinachi’s husband was always collecting the money she earned from her songs and stage performances leaving her penniless.

Her husband would often time accompany her to the studios where he would leave her stranded anytime he gets angry.

Sunny Pee stated that he begged and pleaded with her to leave her marriage but she always made flimsy excuses and would ask him to talk to her pastor, which was impossible for her since he had no personal relationship with him.

Sharing screenshot of their chats, he added that the deceased wanted to keep the last song she recorded with him private from her husband to avoid him making money off her.

He wrote, “So much to say about this unfortunate situation but this space is not the right place!!! When you make money and your husband collects all the money and leave you pennyless! When your husband brings you to the studio gets angry and leaves you in the studio without even transportation to return home. I’ve personally told this woman to leave this marriage but she kept making excuses for the monster!

The last song we recorded, this was our chat below! We were recording a song that she doesn’t want the Husband to know. The last time I told her to leave the marriage, she asked me to help her talk to her Pastor which was difficult for me because I don’t have a relationship with him! Before you say why didn’t we say it early, you can’t help a person who’s not ready to be helped!

The last time I spoke about the husband on Facebook here, He went on his wall and made a lot of senseless statements!! Mrs Osinachi Nwachukwu is an example of a typical Nigerian woman who always feel it’s their responsibility to make a marriage work even when their life is at risk! God Rest Her Soul. 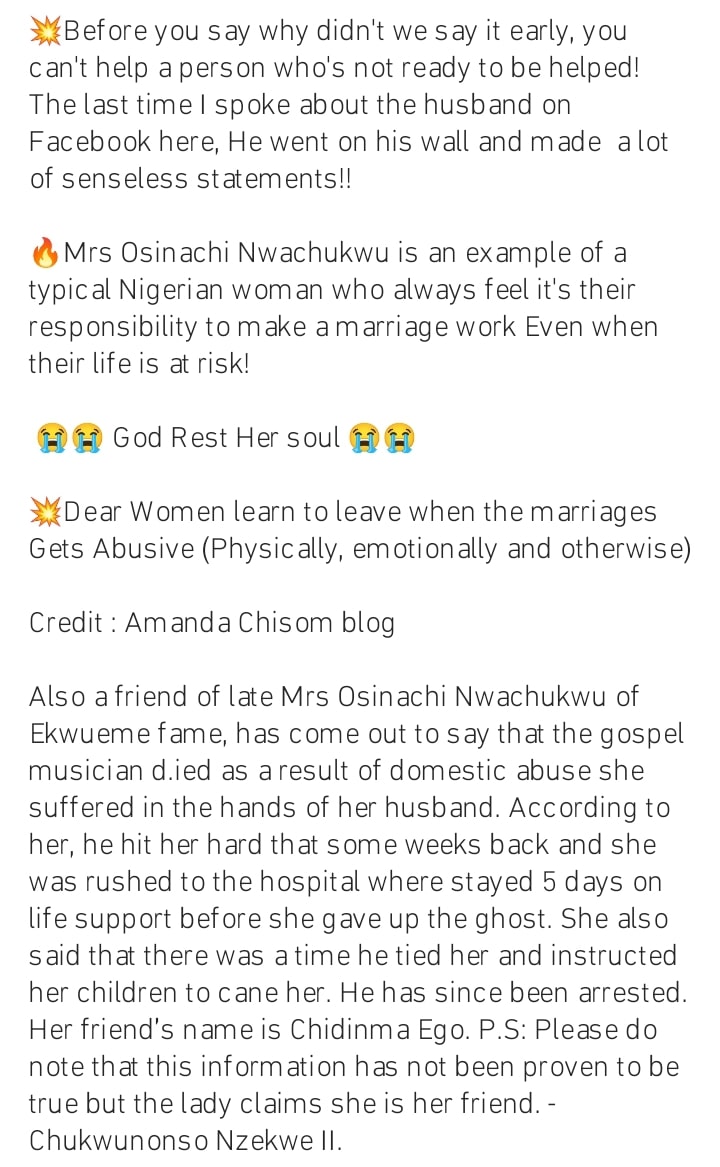 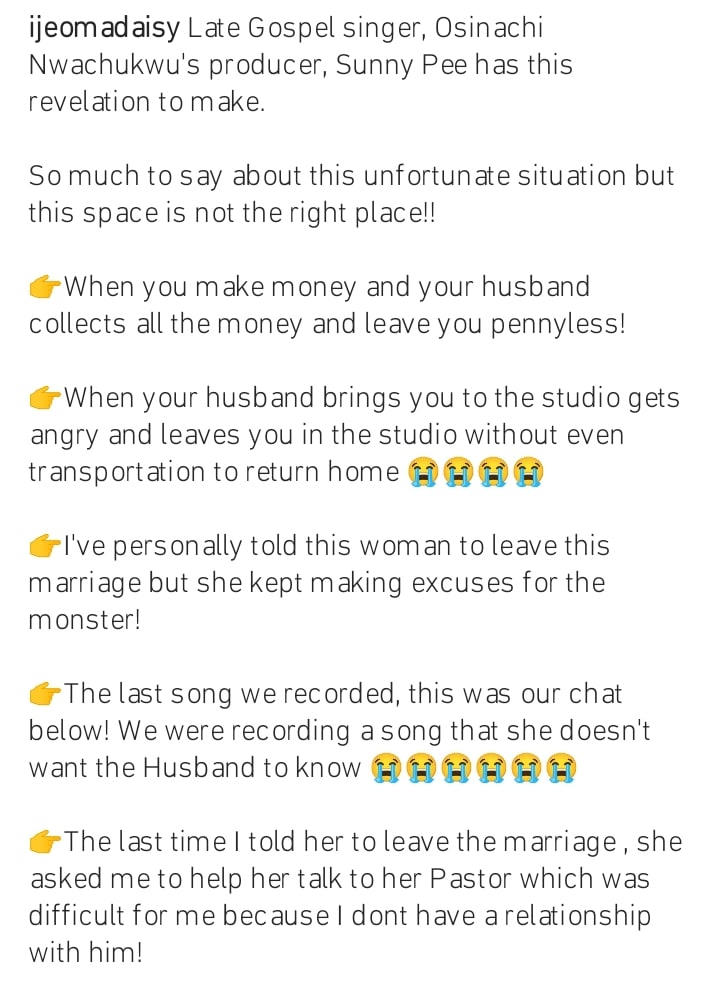 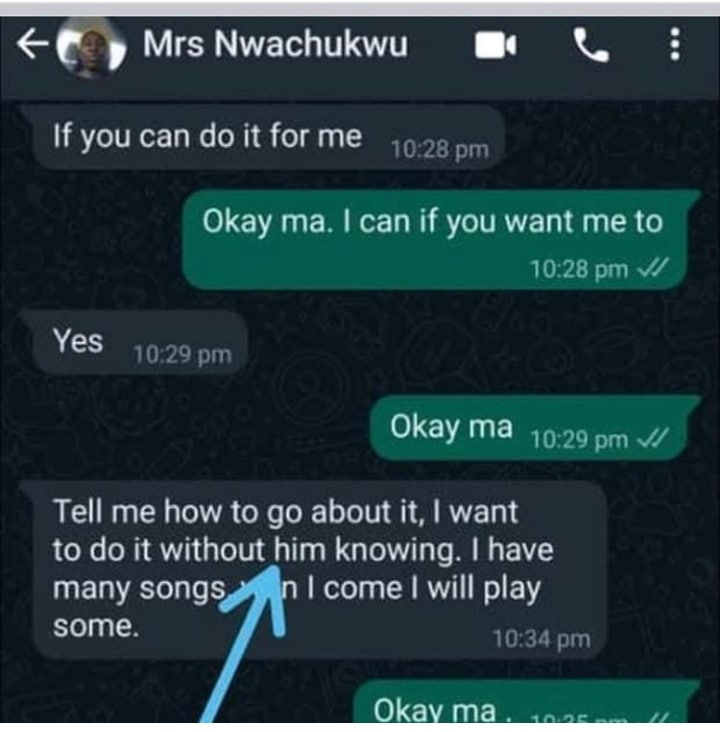 Also, a friend of the singer, Chidinma Ego also confirmed that the singer died of domestic abuse.

She alleged that her husband had hit her hard on the wall some few weeks back which left her hospitalized for 5 days.

Chidinma claimed that the singer was on life support till she gave up the ghost.

She added that there was a time he tied her and instructed her children to cane her.

The husband and since be arrested.