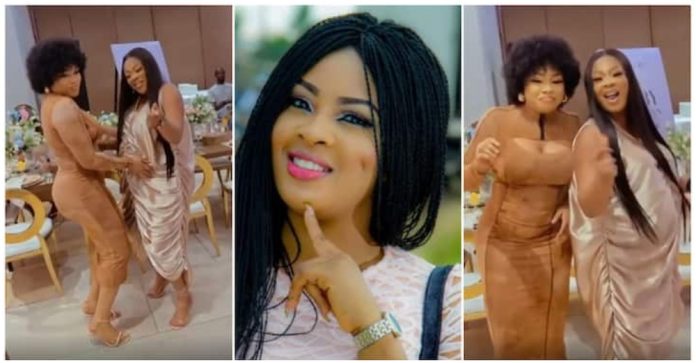 Nollywood especially the Yoruba movie industry is in a celebration mood after the report broke out that actress Bidemi Kosoko, who is also one of the daughters of veteran actor Jide Kosoko had welcomed a baby. 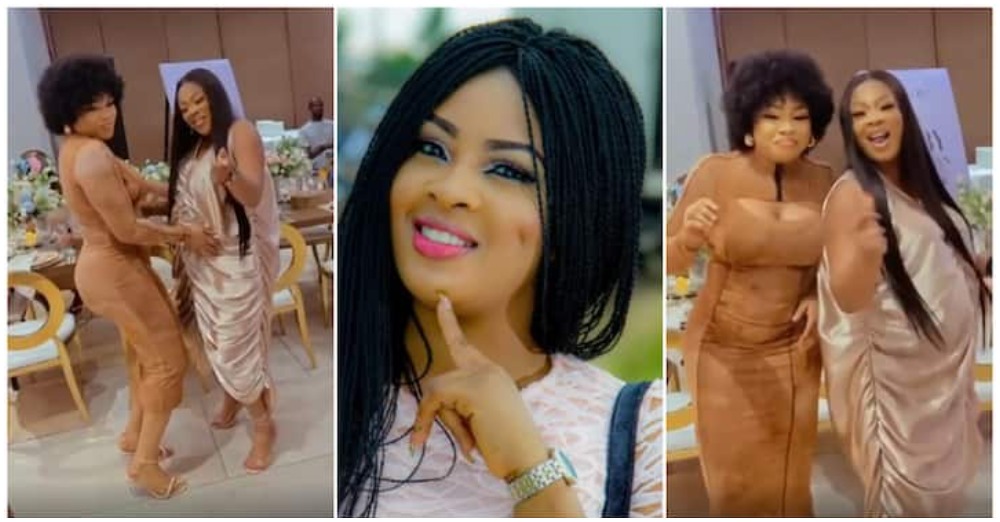 While many Nollywood stars as well as fans and followers have stormed Bidemi and the Kosoko’s social media pages to congratulate them on the new addition to their family, actress Regina Chukwu took to her social media timeline to share a video of her and the new mother.

The video showed Bidemi who was pregnant showing some dance steps to the excitement of some friends.

Congratulations my darling Bidemi, My strongest,Tweaking at 9 months preggy , Baby you are one strong prego and also sexy @bidemi_kosoko congratulations to you and your family baby.”

We captured some of the reactions from Nollywood stars as well as fans and followers, see them below:

luxurycouture_by_mo: “As in her energy.”

oluremibukola: “Congratulations at bidemi kosoko, I’m next in Jesus name .”

chrisbethjumi_fabrics: “As in d strongest Tweaking with high heelscongratulations to her.”

tbytstitches: “Congratulations to you sweetie ❤️.”

iamkemykorede_backuppage: “Her Energy no dey here olorun❤️❤️❤️❤️❤️Congratulations my baby girl.”