MaDailyGistGet the Latest Gist in Town
More
GOSSIPGet Daily Gist
More
Home Celebrity/Entertainment “Funke Akindele Is Not What You All Think She Is, Living with... 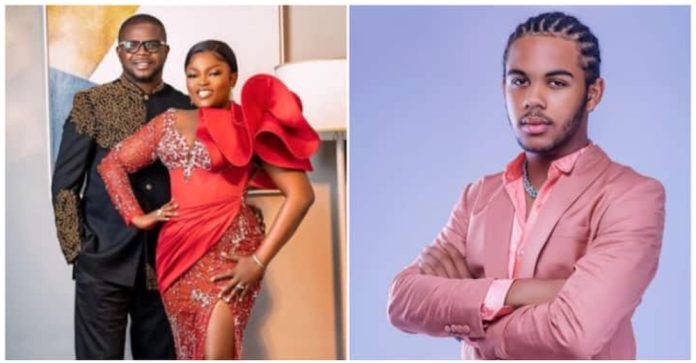 Rumours recently made the rounds on social media about the marriage between actress Funke Akindele and filmmaker, JJC Skillz, facing serious troubles.

One of JJC Skillz’s sons, Benito aka Beniboibb on TikTok, later caused a buzz on social media after he reacted to the claim online.

It all started when a blogger, Tosin Silverdam made a post on Funke and JJC’s marriage, claiming that rumours were making the rounds that they were having big issues. He also went on to note how the actress totally ignored her husband on his birthday and did not make a post to acknowledge it.

Benito seemed to confirm age long rumours that have been making the rounds about Funke Akindele.

The young man noted that the much loved actress is not actually what people think she is. Not stopping there, Benito added that he lived in their house for two years and it was a horror.

Funke Akindele’s stepson’s comment about her conduct raised a series of reactions on social media. Fans had a lot to say about the 17-year-old’s claim. Read some below:

Iamtobbycharles: “In the mouth of 3 or more speakers, therein lies the truth. This many people??? Naaaa, there may be some truth to it.”

Gracey__montana: “Nawa oo… Even her staff spoke badly of her too… Wetin we go believe now .”

Iyabumbum: “Hmmmmmmm that’s why you don’t envy any marriage or relationship you see on social media.”

Adri_ana________: “Almost anyone that has had a close encounter with her kept saying the same thing..They obviously can’t be lying.”

Callmeudoka: “Omooo why are people saying same thing about her ?”

Baribeebee: “Everything is now allegedly .”

Oli_bianca1: “Funke can never do wrong in my eyes .”