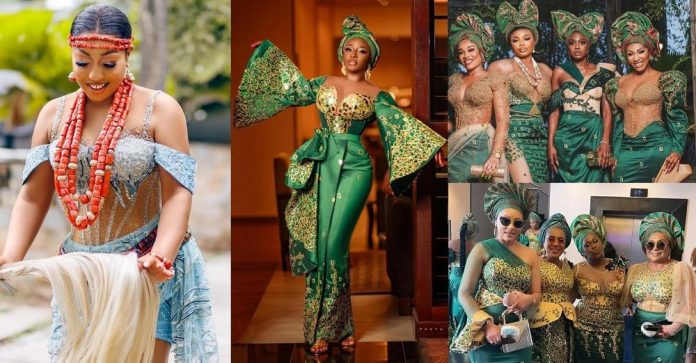 Social media users have reacted to the alleged price of the Aso-ebi material sold for the traditional wedding of Nollywood actress, Rita Dominic.

It can be recalled that the 46-year-old thespian tied the knot traditionally with her boo, Fidelis Anosike, on Tuesday, April 19, in her hometown in the eastern part of Nigeria.

Old and new Nollywood actors and actresses, including Ini Edo, Joke Silva, Uche Jombo, Idia Aisen, and others, showed up and showed out for her at the ceremony, and photos of their beautiful outfits have flooded the internet. 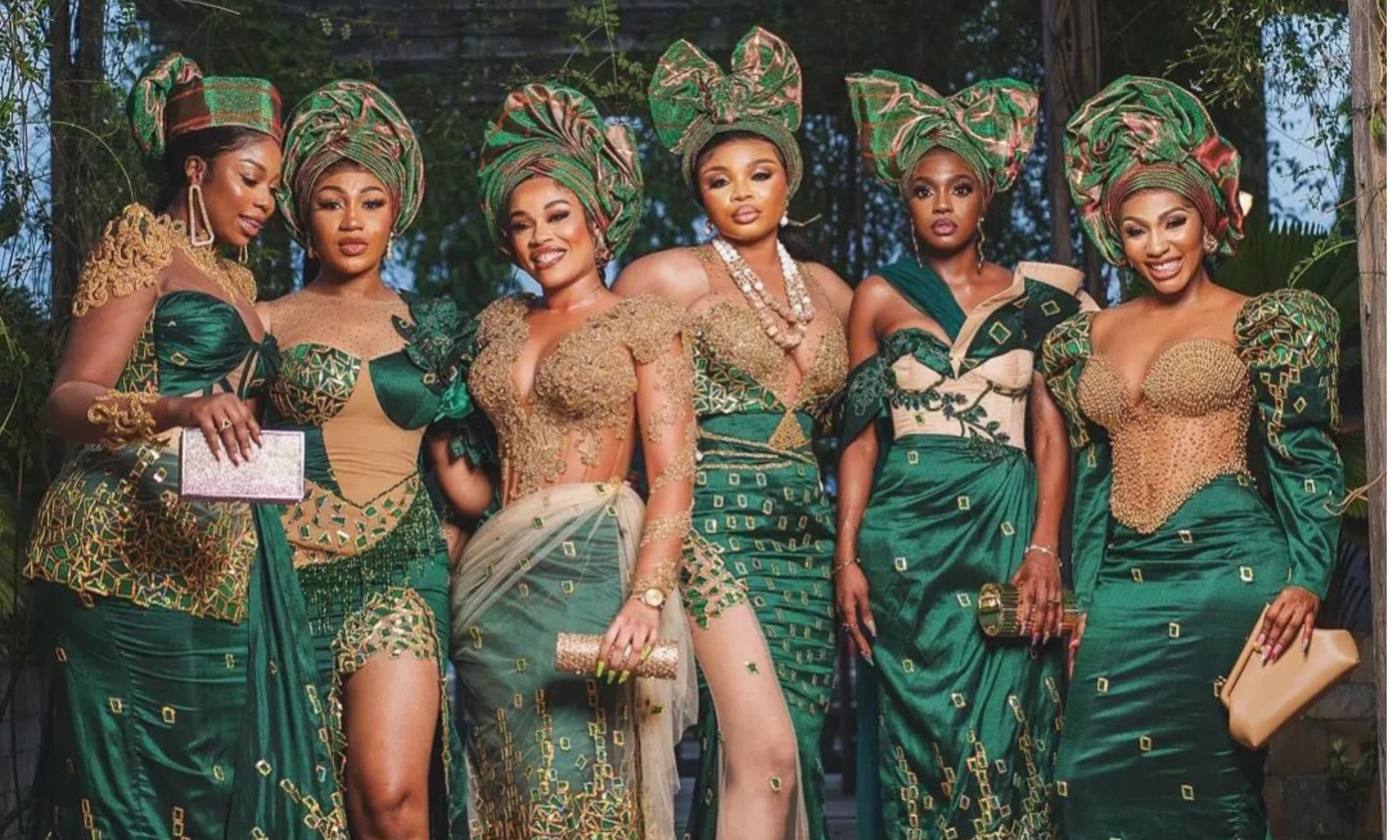 In a new update, the cost of the stunning green George material has now been shared online by Instagram gossip blogger, Cutie Juls.

According to the blogger who shared this information on Wednesday, April 21, the outfit cost a whooping sum of N150,000 per person.

Stephanie bought but I was looking forward to her presence.. or did I miss?

Genevieve and Omotola too. But above all, Nollywood showed maximum love to Riri.

Was so much looking forward to see especially Genevieve in that Asoebi.” 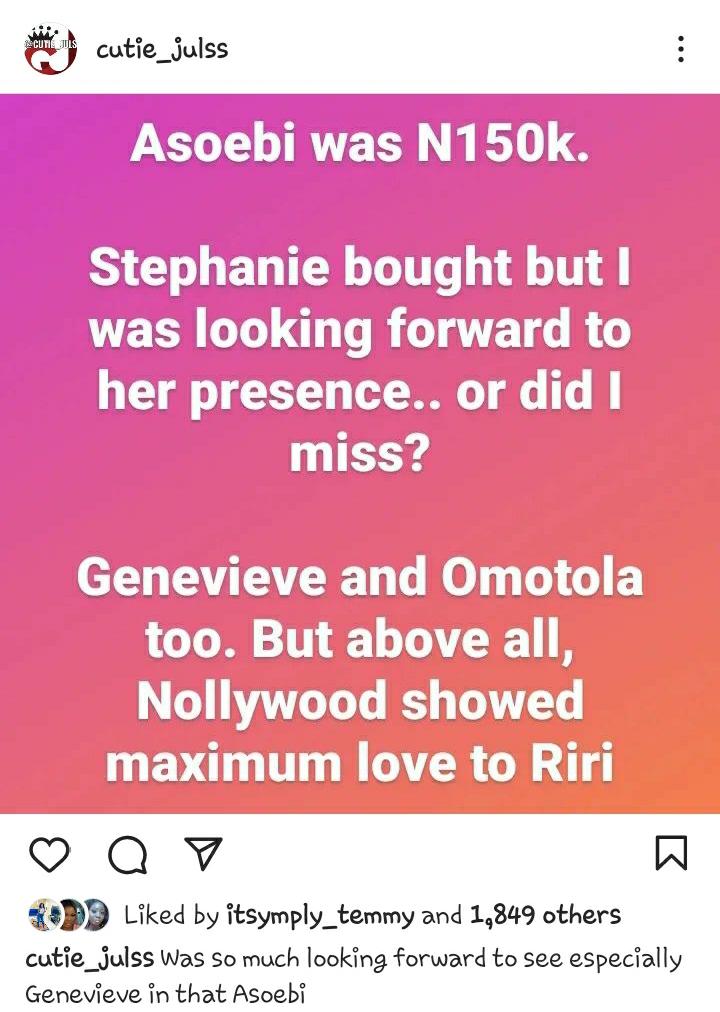 This has stirred mixed reactions online as netizens debate over the price and argue that it is too expensive for that price.

Some also shared their thoughts on the cost price of the material if it was gotten directly from the market. While others opined that the guests probably received souvenirs worth the extra cost paid on the outfit.

See some reactions below, 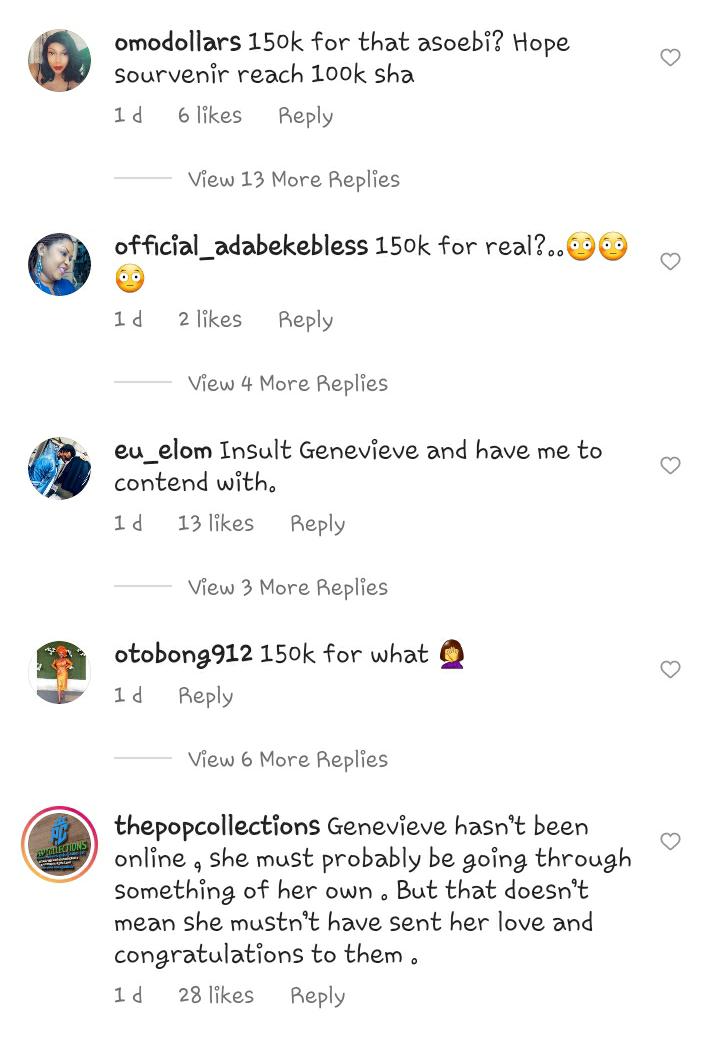 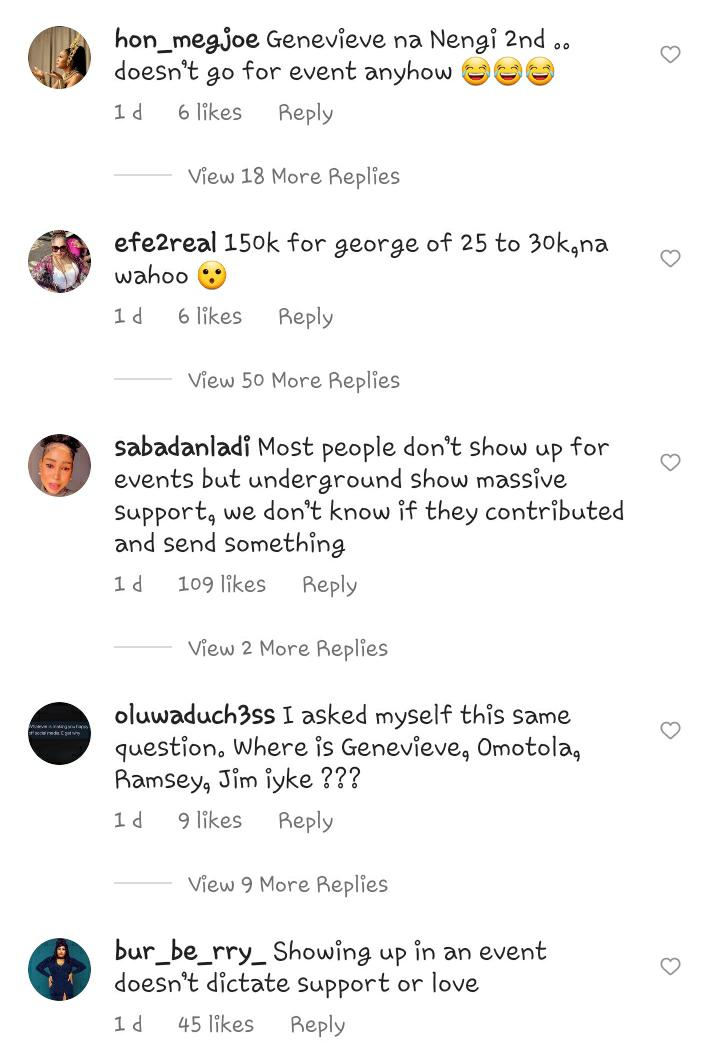 However, an Instagram user disputed the alleged price and claimed that it actually cost N80,000 for the women’s outfit while men paid N70,000.

As at the time of filing this report, both prices have not been confirmed.