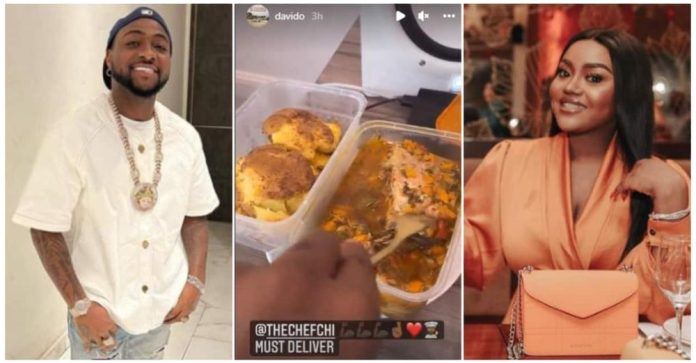 Popular Nigerian singer, Davido, recently showed love to his on and off boo, Chioma, on social media.

Taking to his official Instagram page, the Stand Strong crooner posted a video of himself enjoying a hot meal made by Chioma.

In the short clip, Davido gushed over Chioma’s cooking skill and noted that she had delivered the lovely looking meal to him.

According to Davido, Chef Chi always delivered. He also accompanied his caption with a series of emojis including one of a red heart.

Davido’s post where he showed off the hot meal that Chioma delivered to him soon made the rounds on social media and Nigerians reacted. Read what some of them had to say below: