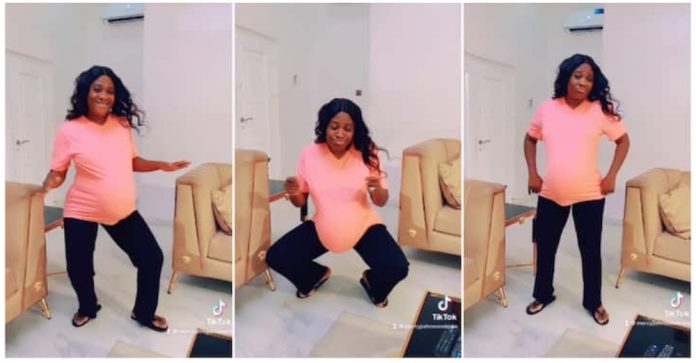 Taking to her official social media page, the mother of four posted a video of herself on a movie set dancing to the viral song.

Mercy was spotted with a big baby bump as she joined the viral social media challenge.

The mother of four was seen doing the popular steps of going down low then coming back up with shoulders raised high.

See the viral video below: 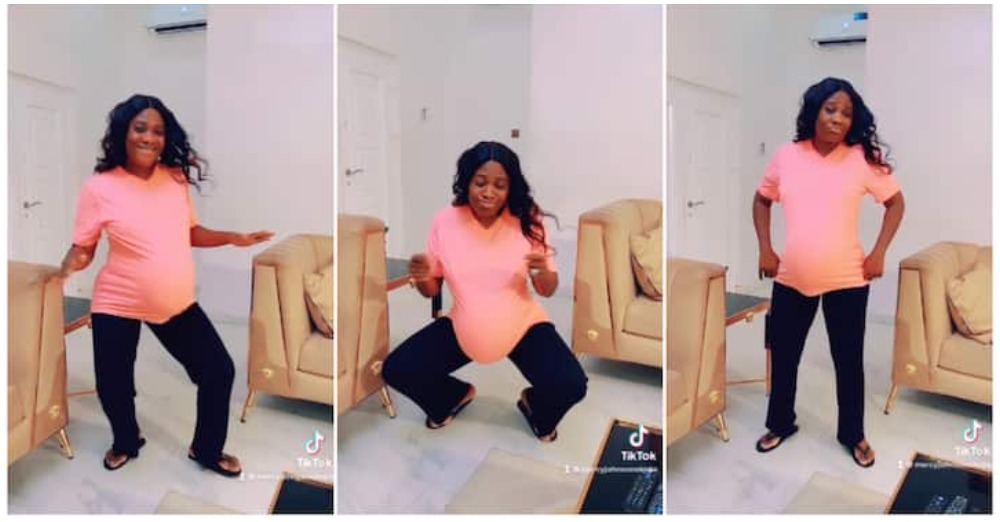 Not long after the movie star posted the video of herself dancing on her page, many of her fans and colleagues had interesting things to say.

While some people hailed her dancing steps, others questioned her baby bump. Read what some of them had to say below:

Uubaby2021; “Merciful mercy I know you are telling me Henry brother is on the way”

Noneychrixofficial: “Na every 6months this girl dea born self.”