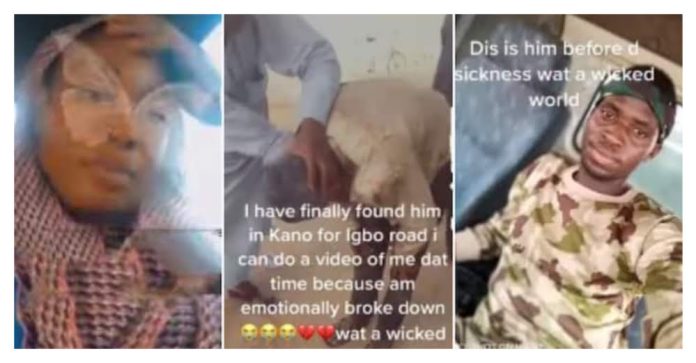 A lady has been hailed on social media for coming to the rescue of her mentally ill ex-boyfriend who is reportedly a soldier.

The unidentified lady tracked down her mad ex and took him back to his home in Rivers state. 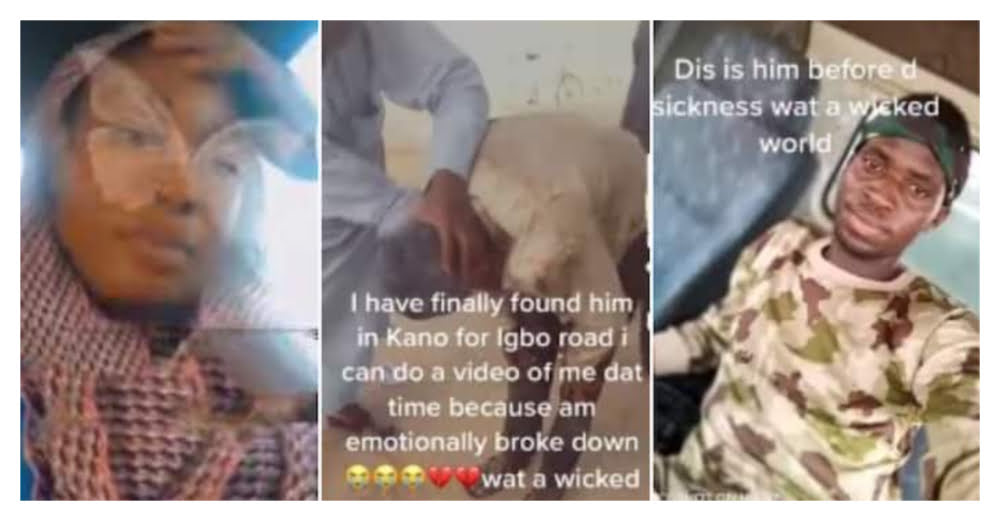 In a video the lady made which was shared by @gossipmilltv on Instagram, she could be seen in a moving bus.

A caption on the said video which is credited to the lady reads:

“Going to Kano to look for my ex dat has been missing for 4 months due to mental issue can’t wait to see him and take him home been on the road for 9 hours pray for me guys.”

She found him in Kano state

A new scene came on and showed a haggardly dressed person being cleaned up. Explaining that scene, a caption on the video explained that she found him mad at a road in Kano state called Igbo.

She then boarded a bus with the man as she returned him back to Rivers state which is said to be his home.

The lady went on to share throwback photos of the man in his military uniform as she insulted his enemies for making him mad.

@olatundeolajide said: “This could actually be caused by PSTD being military , is our authority doing enough to help our men.”

@endylight1 said: “May God heal him, your type is hard to find. This is what we call True love.

“No matter the Circumstances you are still there for him.”

@polished_ice said: “Nice gesture but girl take him to a mental home so he can’t be treated mentally cos he’s a danger to you and himself.”

@certifiedbae212 said: “I can do this I cried the day I saw my first relationship driving a bus ,I couldn’t hold back my tears even if we ain’t together I want to see them happy & rich…”