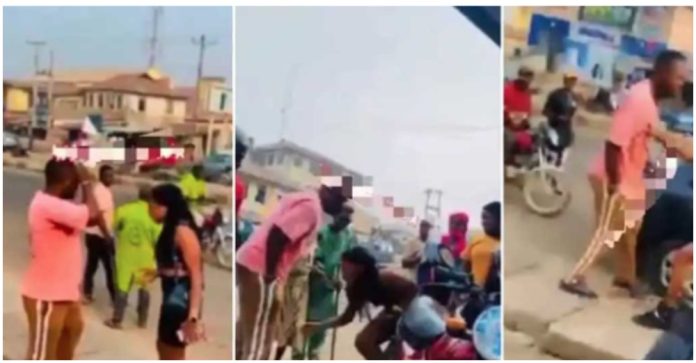 A young woman has been found in a video standing up to a man who recruited her for three days and would not pay after service had been delivered. 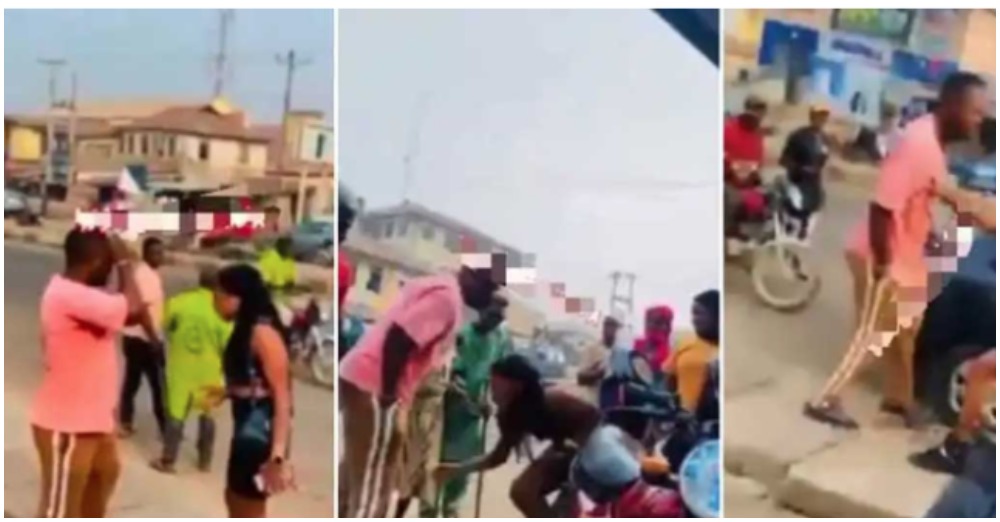 She embarrassed him out in the open and surprisingly seized him of a portion of his belongings. The man was just making his way out of the compound of a bank after allegedly withdrawing money from an ATM point and she confronted him to pay her right away.

They were causing a stir in public so the bank security requested that they move away from the away and sort out their issues somewhere else.

The businesswoman who was heard in the video claimed he had rendered service to the man for three days, at that point, dunked her hands into his pocket and took his phone and another unidentified thing.

At the point when they went to the roads, she kept assaulting him and afterward she removed the sandals he wore on his feet and walked off.

veevyane wrote; “Pay her nau ahan.. 3 whole days and you no wan pay? If you no get money use vaseline 😒

kikibambam wrote; “See a grown ass man. The way that gender keeps disgracing themselves never seizes to stop. They just keep collecting curses up and down .”