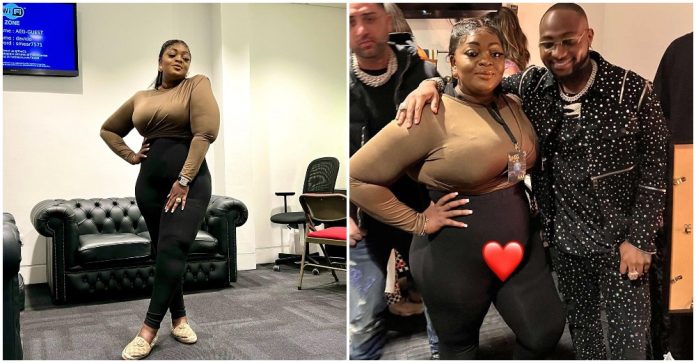 Nollywood actress Eniola Badmus has caused a stir on social media after sharing a photo of herself and Nigerian singer Davido.

The photo shared on her Instagram page was taken before Davido’s performance at the O2 Arena on Saturday night, 5th March 2022.

In the photo, Eniola Badmus was spotted with a protruding belly which she used a love emoji to cover up.

A few months ago, Eniola Badmus underwent surgery and consistently churned out her jaw-dropping photos that left fans gushing at her. 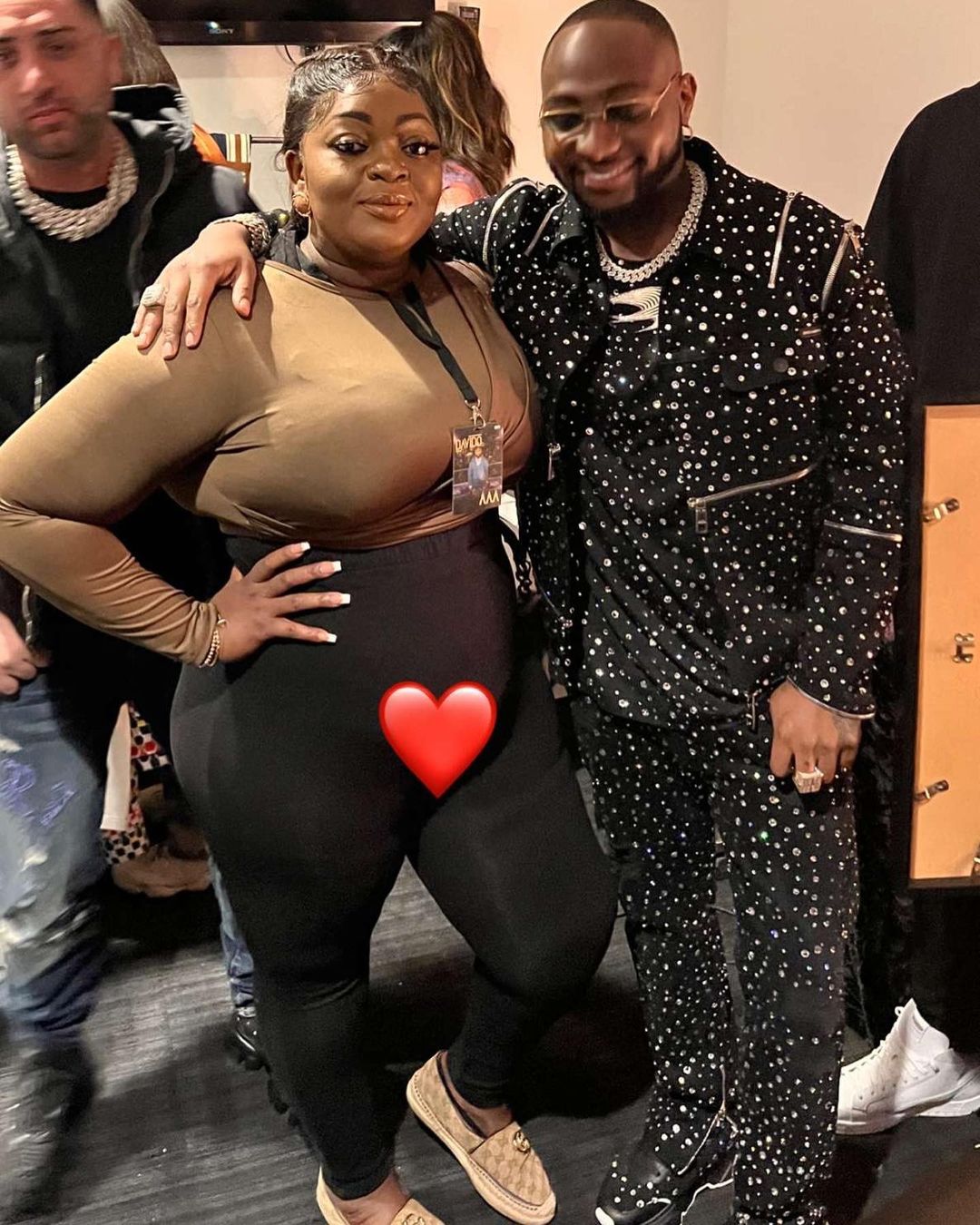 However, the new photo shared online came as a surprise to many netizens. It generated reactions with many people asking if she was pregnant and why she covered her belly with the love emoji.

Recall Eniola Badmus recently revealed why people do not open up about suffering depression as she speaks on being mocked after telling her friends about her mental health.

In a post shared on Snapchat, Eniola Badmus said she hates people’s pretentious nature when they hear about the death from depression and mental health-related issues.

Eniola Badmus recalled how she opened up to a friend who was supposedly helping her with some work, but things weren’t going her friend’s way.

According to Eniola Badmus, she was mocked and gossiped about as her friends claimed that she was using her mental health as an excuse and didn’t care about what she was undergoing.

Eniola Badmus added that people don’t care about the life struggles of others till they die as they would rather see them dead than render any help.