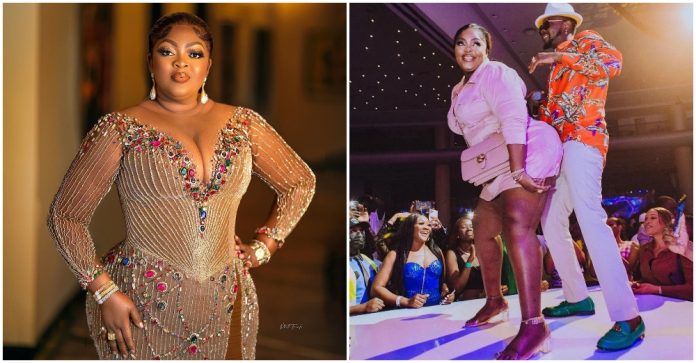 Nigerian singer Kizz Daniels has sparked reactions from fans after engaging in a lap dance with Nollywood actress Eniola Badmus.

One of the photos shared captured Eniola Badmus giving Kizz Daniel a lap dance on the stage, and Helen Paul tagged her husband to check out the photo of her TV girlfriend. 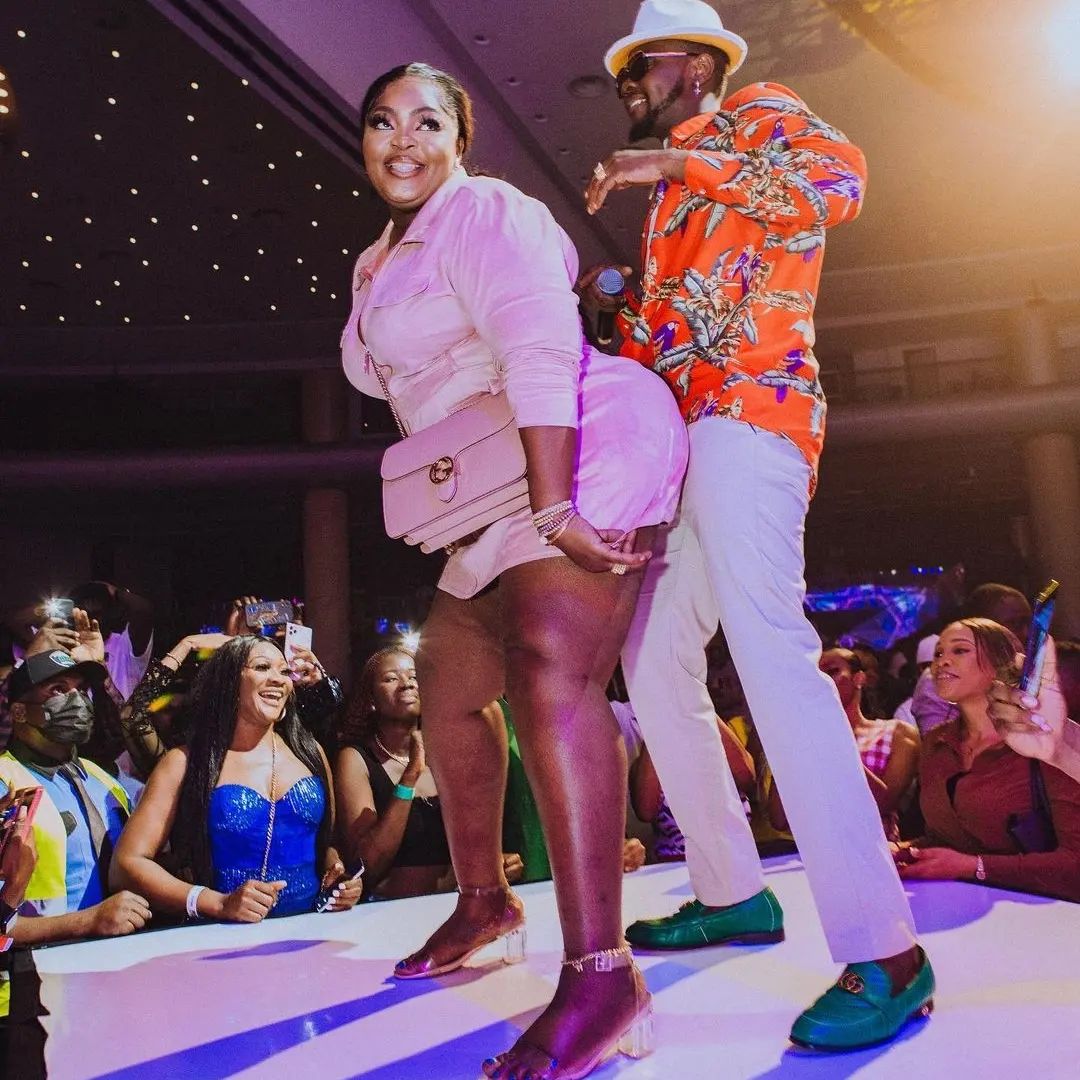 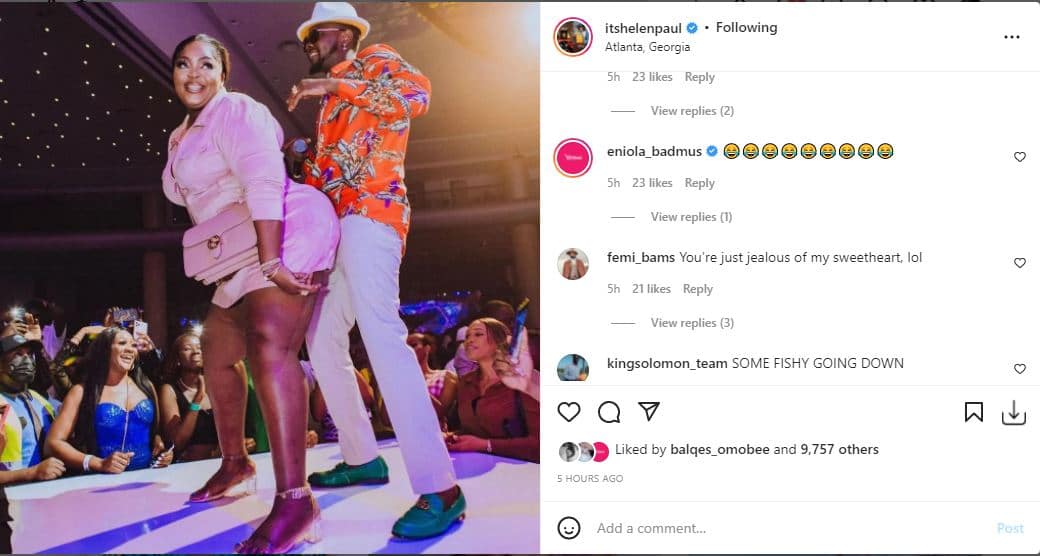 Reacting to the photo, a fan expressed surprise at Kizz Daniels, saying with people thinking he’s a gentle guy, one would not imagine him engaging in such an act on stage.

access360_agency wrote: @kemiakinlotan Yes o,he is… it is @eniola_badmus that wants to corrupt his virginity on the stage and as a gentleman that he is-he wouldn’t want to say NO to a lady like Zazu now 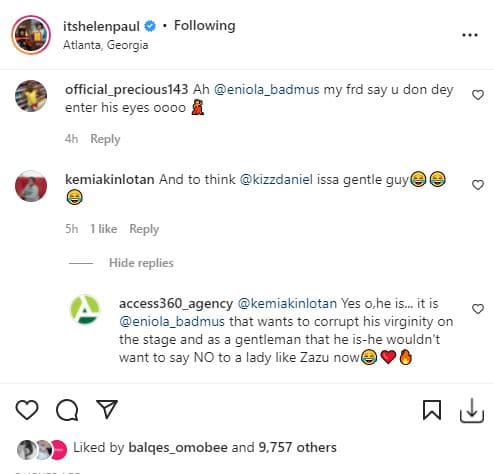