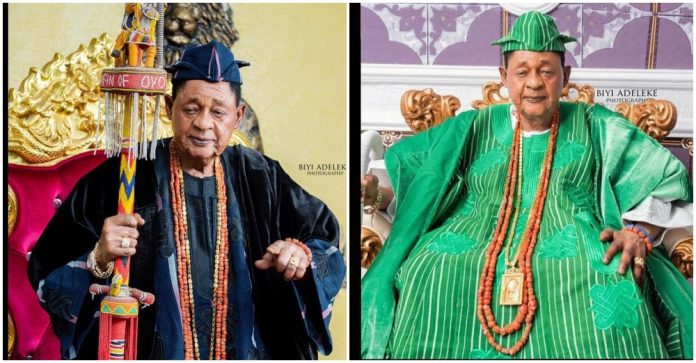 Following the tragic death of the Alaafin of Oyo, Oba Lamidi Adeyemi III, many Nigerians on social media have been asking questions about whether the late monarch had an Abobaku and what would happen to him.

This is how Kehinde T E Ajayi and Falade Thaddeus Odunayo defined Abobaku in the research paper titled Abobaku: Human Sacrifice In Yoruba Rites of Kingship:

“Abobaku is a chieftaincy title in Yoruba land and it literarily means one who dies with the king.

“He is appointed as a chief from a particular family who has the right in the village or community.

“The Abobaku enjoys a great deal of privileges and luxury and in fact he is always with or close to the king and even eats whatever the king eats and drinks. One thing remains in all of his luxuries and enjoyments, he dies when the king dies.

According to BBC Yoruba, the Abobaku tradition started in the ancient town of Oyo. Since the Abobaku knows he has to die when the king dies, he wholeheartedly ensures the king remains alive, healthy and safe.

Did late Alaafin Adeyemi have an Abobaku?

BBC Yoruba stated that its investigation revealed that Oba Adeyemi had an Abobaku.

The Yoruba language-news media stated that a palace source said on Saturday, April 23, that Oba Adeyemi had an Abobaku but the name has been changed (from Abobaku) to ‘Oloko ehin’.

The source added that in line with the ancient culture and tradition, the Oloko ehin (Abobaku) is supposed to die/be buried alongside Oba Adeyemi.

However, the culture has been changed. Instead of the Oloko ehin (Abobaku) to die/be buried alongside the late monarch, a special rite will be performed instead.

In his explanation, the palace source said the rite will ensure that the Oloko ehin (Abobaku) does not die alongside the king.

Meanwhile, a former governor of Lagos state and the national leader of the All Progressives Congress (APC), Bola Tinubu, has described the late Alaafin of Oyo Oba as a big Iroko tree.

Stating that the big Itroko tree has fallen, Tinubu said he is saddened by the transition of the royal father also known as the Iku Baba Yeye.

In a statement signed personally by the APC leader and sent to Legit.ng, Tinubu said that after ascending to the royal throne at the age of 31, Alaafin became one of the most influential, greatly respected traditional rulers in Yorubaland, Nigeria and indeed Africa and beyond.