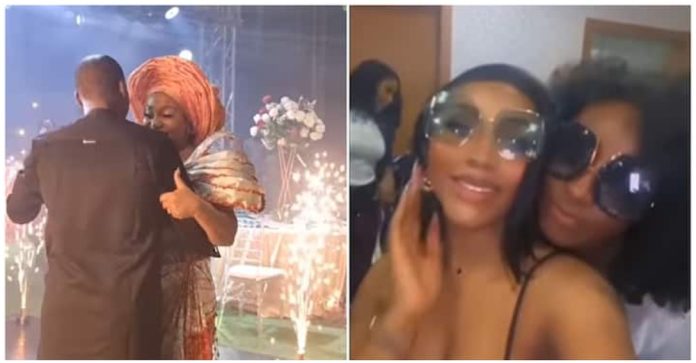 Celebrities in the entertainment industry who stormed Owerri to celebrate with actress Rita Dominic and Fidelis Anosike cannot deny having a good time. 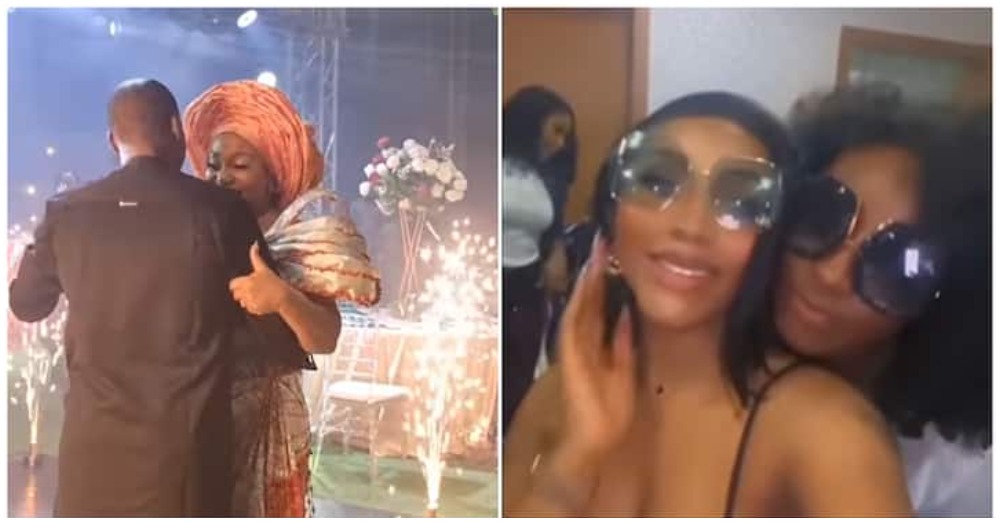 The traditional wedding ceremony took place during the daytime on Tuesday, April 19, but it appears there was another round of celebration.

The ladies all appeared slightly tipsy as they had sunshades on while making faces for Mercy’s camera.

Interestingly, they were not the only ones in the room as others were seen in the background going about their fun activities.

Another portion of the video also showed the moment media personality, Uti Nwachukwu, had a brief traditional dance-off with another colleague.

Mercy was also heard in the background hyping up Uti as he flaunted his hot dance steps.

Watch the fun video below:

Still in a related story, we previously reported that an interesting highlight of Rita Dominic and Fidelis ANosike’s traditional wedding ceremony in Owerri was when the couple had their private dance

The newlywed husband and wife were completely drawn into each other’s company as John Legend’s All of Me song played in the background.

Guests present at the event and social media observers found the video emotional and many had congratulatory messages and words of heartfelt prayers for the new husband and wife.

One social media user who watched the adorable video wrote: “A big congratulations to you Riri nwa, may God bless your new home with perfect peace and love.”

Another lady wrote: “This is beautiful I’m so happy for Rita! May God bless their union.”