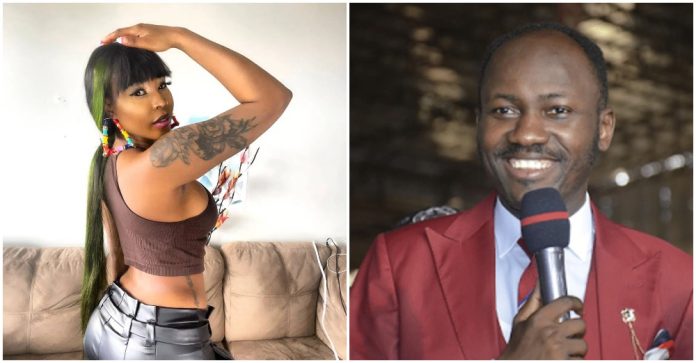 Kimora, who allegedly works as a stripper in Canada, disclosed some surprising details regarding Omega Fire Ministries Worldwide’s General Overseer after being released from Kirikiri Prisons.

As reported by Pulseng.com below are 9 chilling revelations Stephanie Otobo aka Kimora made about their affair that are surprising.

“I was bleeding for so long, I was so scared and I lost the baby. So that was an abortion from a pastor, an Apostle,” she said.