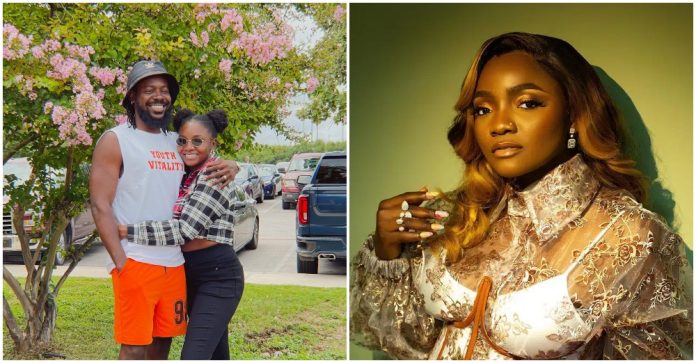 Adekunle Gold and Simi are one of the most popular and most beloved couples in Nigeria. Both people are also some of the biggest musicians in the country. When you have a relationship with two musicians, it is inevitable that work would be shared between both people. The creativity of one would bleed into the other and vice versa, and in the case of Adekunle and Simi, that is exactly what has happened.

Fun fact: Adekunle Gold does not even put out any song that Simi doesn’t approve of. He made this sentiment known when during an album listening party, he said:

Any song I write and Simi does not validate I don’t put out. Every single I’ve released Simi has a hand in it. She is a better song writer than me and I say this all the time. So, if she says no I agree, I have learnt so much from her.

It’s good to see Simi helping Adekunle with his music, but which songs you ask did Simi actually get credit for writing on with Adekunle? Well, let’s get into it!

Adekunle Gold’s 2022 release, Mercy, housed on his most recent album Catch Me If You Can is a fun, groovy track that has already garnered over a million views on the official Youtube video.

What you may not know is that this song was written with help from Blaise Beats, Friday Igwe, Sesan Salami, and yes, Simisola Ogunleye (aka Simi).

The song was written by Adekunle Gold, TMXO, and you guessed it, Simi.

One of my favorite Adekunle Gold songs of all time, Call On Me, was released in 2017 and is still such a fresh, feel-good, fun song. The song’s official music video has over 1 million views on Youtube and is also popular on streaming platforms.

Not only did Simi assist with this song, she was also responsible for mixing the song, and also has backup vocals on the track that really make it pop.

Another song from his recent project, Catch Me If You Can, Win is a song that tells the story of Adekunle’s journey with his hustle and expresses how he just wants to win. It is a beautiful song with wonderful sentiments tied into it.

The song was written by Adekunle Gold, Emmanuel Aladeloba, and of course, Simi.

The song that bears the same title as Adekunle Gold’s latest album is a song where Adekunle Gold feels himself and stands in his power daring people to catch him if they can. It is a song of empowerment and fearlessness and also a sonically great track.

This song has writing credits that list Adekunle Gold, Nicolas Emmanuel, King Sunny Ade, and Simi as the writers on it.

It is good to see husband and wife working together to bless the world with such good music. It’s such a treat and definitely the knowledge of Simi’s addition to these songs adds a little extra zing to the songs itself now upon listening.