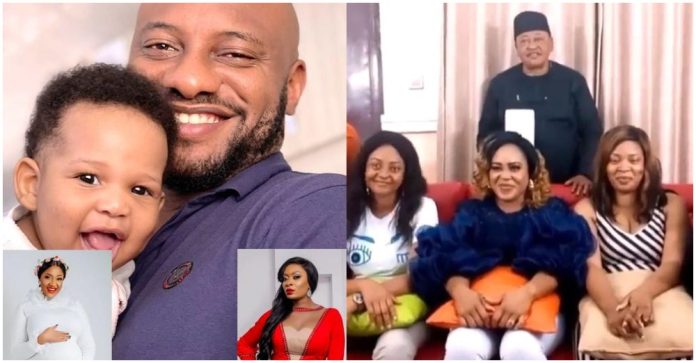 Polygamy is the topic of discussion right now. Nollywood actor Yul Edochie shocked the world with the announcement of his son born to him from another woman who he’s now declared as his second wife (more on that later). His announcement has led into different discussions and arguments about polygamy – is it right? Wrong?

Today, we’ll be counting down 5 Nollywood Actors Who Are Married to More Than One Wife, as well as finding out some of the reasons why they do this. Are you ready to jump in? Then let’s go!

Obviously, Yul Edochie is the first on our list. On the 27th of April, 2022, the actor who has been married to his wife May for seventeen years took to social media to announce that he has a son outside his marriage with May, with another woman who he had sex with during the time he was married to May. Furthermore in his Instagram announcement, he referred to the woman of the son as his second wife. His announcement read saying:

It’s time for the world to meet my son. His name is STAR DIKE MUNACHIMSO [email protected] Born by my second wife @judyaustin1. And I love him so much, just as much as I love my other children.

Yul is the first celebrity on our list to be married to more than one wife, and the reason for his is because of a baby he had with the woman. 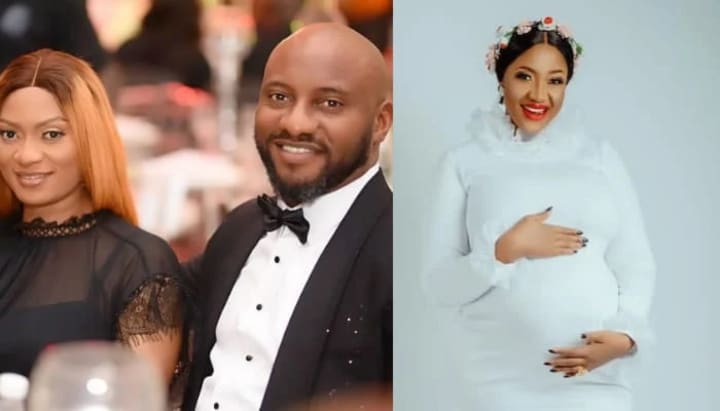 Salami Adebayo popularly known as Oga Bello is a popular Nollywood actor and father of another popular actor, Femi Adebayo. Oga Bello is married to two wives. His first wife is Alhaja Ejide who he first met in primary school. They became friends and later started a romantic relationship. They’ve been married for over 40 years.

Oga Bello met his second wife, Iya Lai, through his younger sister. Speaking during an interview about running a polygamous home, he said:

It is not easy to run a polygamous house, and it is only by God’s grace one can do that. It cannot be applicable to everybody. The best marriage is that of one man and a wife, but if any of my children’s destiny is to have more than a wife, then there is nothing I can do about it. I believe I am destined to be a polygamous person. 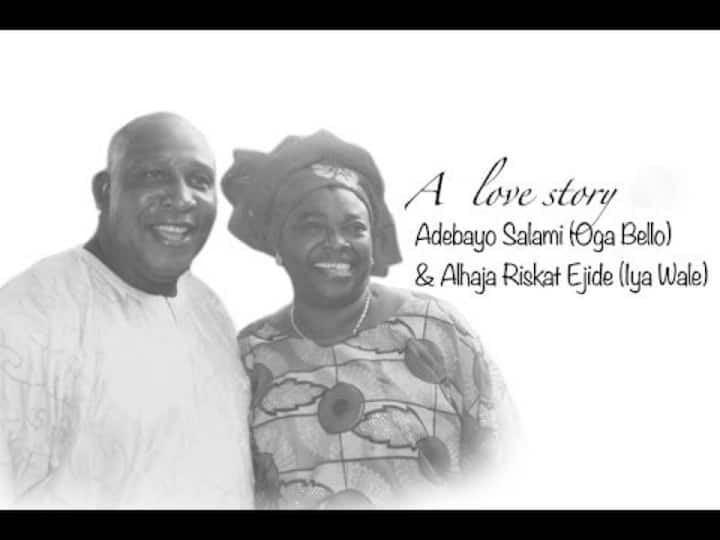 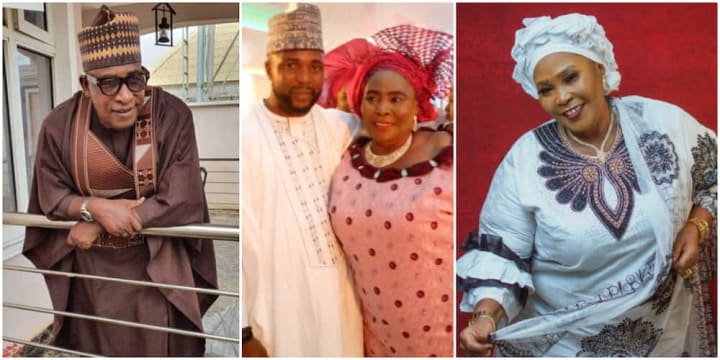 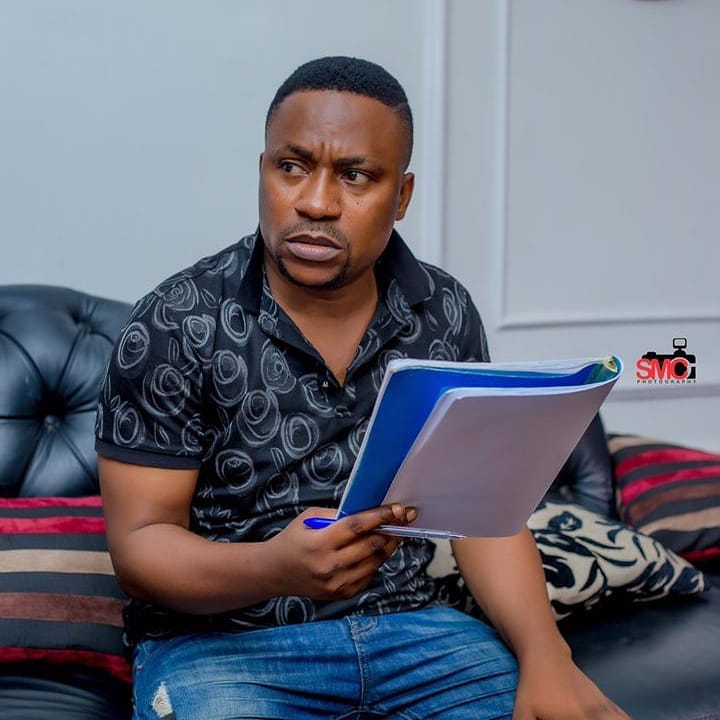 Another Nollywood actor who has married to more than wife is actor Segun Ogungbe. Segun’s late uncle, Akin Ogungbe, actually married 20 wives and had 50 children so for Segun, 2 is nothing in comparison. Segun and his wives, Atinuke and Omowunmi, all live in perfect unison according to him. He said during an interview:

I have a peaceful household. God has blessed me with wives that understand each other. It is only God that can help a man have a peaceful home. However, for those who think that I would have about 20 wives like my uncle; all I have to say is that they should mind their business 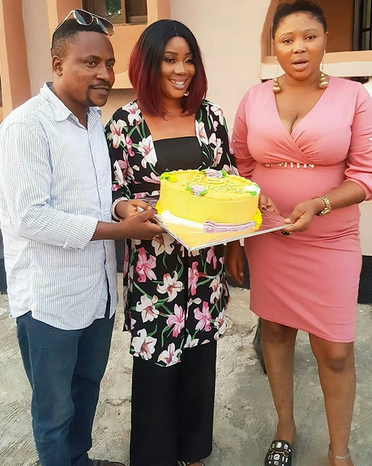 Taiwo Hassan popularly known as Ogogo is a popular Yoruba actor who is also married to more than one wife. He is married to two women, Ajoke Taiwo, and Taibat Taiwo. According to Ogogo:

I believe everything in life has to do with destiny. I swore I’d never have a second wife since I’d never been a fan of polygamy, but it happened for a reason, and I believe it was for a reason. 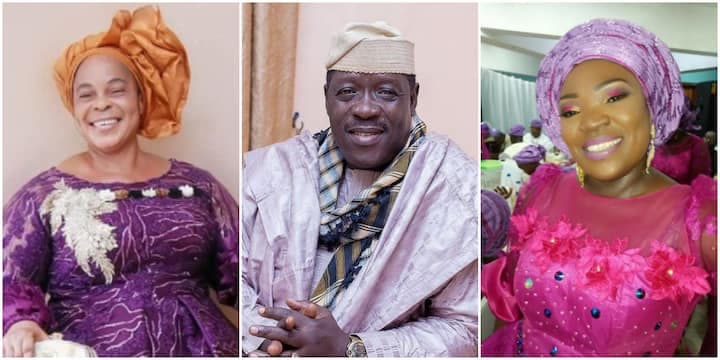 Beloved Nollywood actor Jide Kosoko is the final man on today’s list. The talented actor was married to two women earlier in her life, but unfortunately lost both women eleven months apart during child month. After that, he went ahead to marry two more women bringing his overall total of wives to four. Speaking about it, Jide said:

I never envisaged being a polygamist though I am a product of one. My parents didn’t support it either. My first wife was a businesswoman. I craved for somebody who was in the same field as me. In those days, the best advice you can get is from your better half and that was how the second woman came to be. Along the line, I lost the two to childbirths within 11 months interval. I had seven children at that time, so I didn’t plan remarrying or having more children again.

But after much persuasion from my doctor and relatives, I decided to have a woman with the agreement of not having more children but a complete African woman will not agree to that. One thing led to the other and I got two women again. So being a polygamist is not intentional but God’s design which I do not have a right over 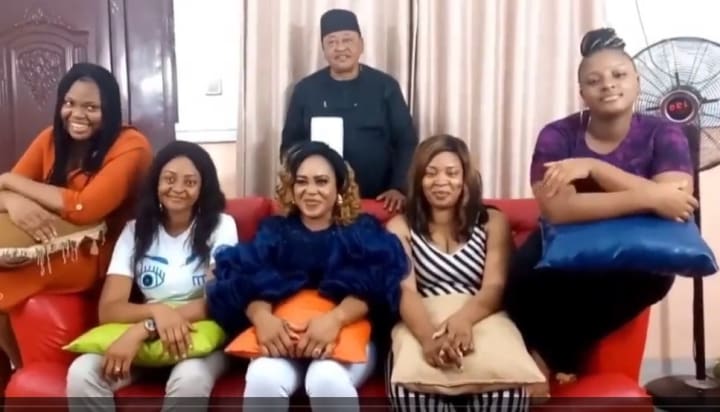