MaDailyGistGet the Latest Gist in Town
More
GOSSIPGet Daily Gist
More
Home Celebrity/Entertainment ‘You must marry at 24, have a baby at 25’ – Iyabo... 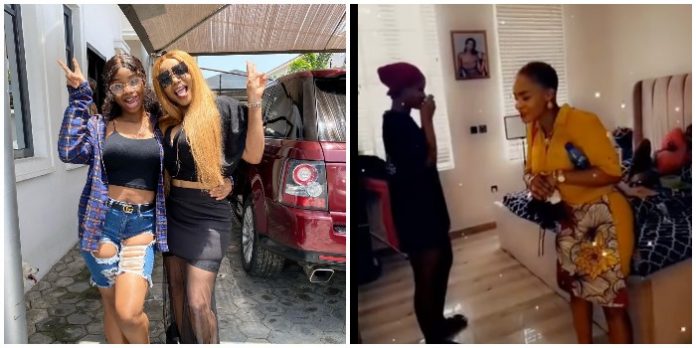 Nollywood Actress, Iyabo Ojo, has given her daughter, a piece of motherly advice concerning marriage.

According to the thespian, she married early, and as such, she’s a big supporter that one should marry at an early age.

In a video shared on her Instagram page, the actress said her daughter must marry at 24 years, and she would not accept a late marriage.

Iyabo Ojo, who got married at age 23, further advised her daughter never to date anyone who has no marriage interest at heart.

In the video she can be heard saying ;

I don’t want any ‘arugbo’ level. Settle down and marry.

Any man that does not want to marry you, don’t date them. 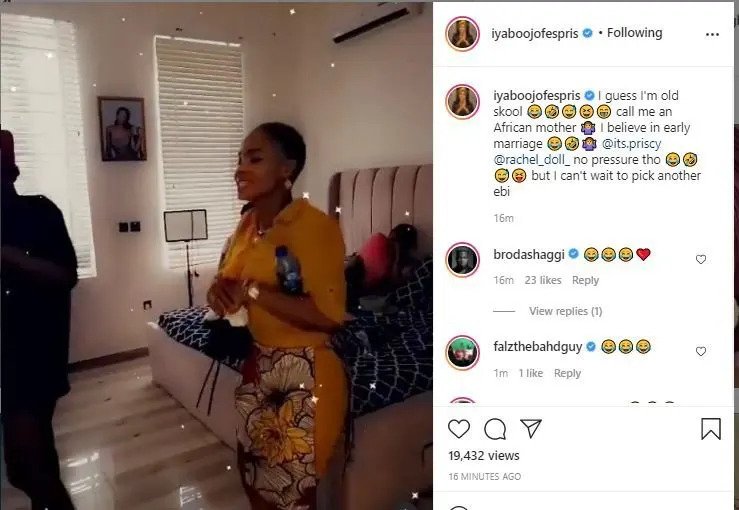 According to Iyabo Ojo, she is not pressurizing her daughter, but she believes in early marriage. Sharing the hilarious video, she wrote: