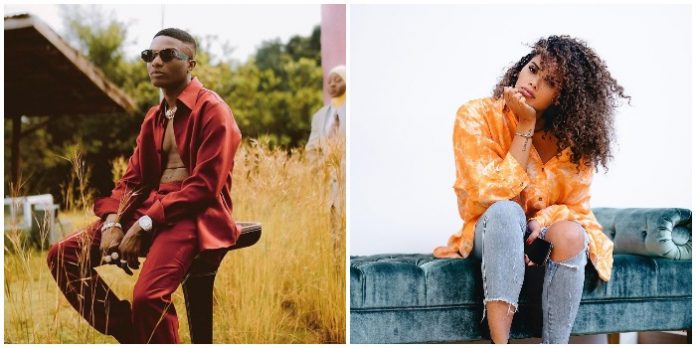 Jada Pollock, baby mama of super star singer, Wizkid has reacted after he described himself as a single father and declared his intention of getting a wife on his music tour.

Wizkid had written on his social media page that as a single father, he hopes he finds a wife while he’s on a musical tour around the world. In his words,

As a single father, I hope I catch a wife on this tour

The singer’s statement stirred reactions from netizens, especially since it came after his baby mama, Jada claimed him as “her man”.

However, in what seem like a reaction to Wizkid’s statement the mother of one wrote, “Keep in your zone. Not everything you think is real is real.” 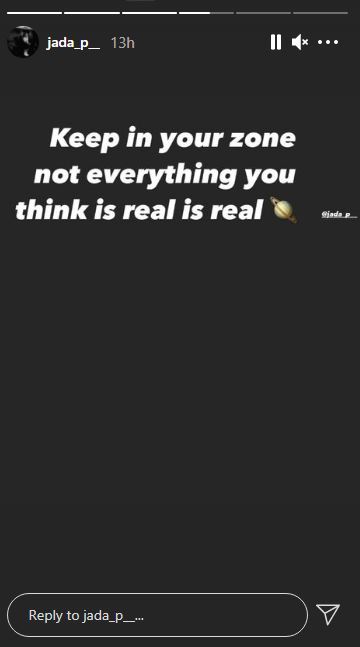 In other news,  Jada Pollock has warned those using the “baby mama” title for her.

The award winning singer recently featured on American fashion and lifestyle magazine, Vogue, and Jada took to her Instagram page to share excerpts from the magazine.

Sharing a screenshot of where her lover appeared on the magazine, the mother of one wrote, “Greatness is something you can’t rush! @wizkidayo always so effortless 🦅❤️ Huge “THANK YOU.”

A fan who seemed impressed with how Jada drums support for the self styled star boy, took to the comment section to shower praises on her. “Supportive baby mama”, the fan wrote.

However, Jada who found the word “baby mama” derogatory, immediately hit back at the fan, emphasizing that she is not a baby mama and doesn’t fit into that category.

“Please take some time out to google me and the meaning of what a ‘baby mama’ means either title do not fit into the category. Thank You ❤️”, She wrote.