MaDailyGistGet the Latest Gist in Town
More
GOSSIPGet Daily Gist
More
Home Celebrity/Entertainment Why It’s Easy for We Comedians to Buy Cars and Houses These... 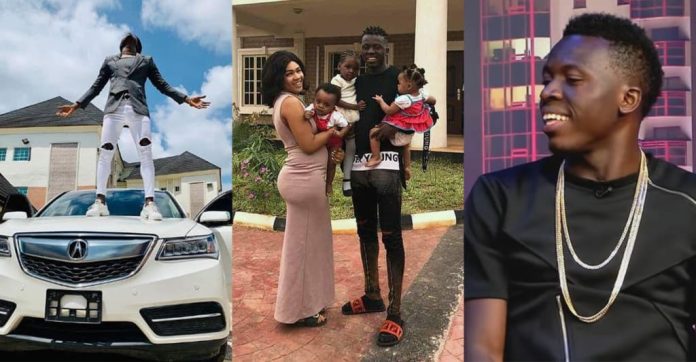 There are a number of three major jobs in the entertainment industry: musicians, actors, and comedians. Comedians are some of the most beloved and most followed celebrities in the country because everybody loves to laugh and everybody likes a person who can make them laugh.

One of the most popular comedians working today in Nigeria is the one and only Akpororo. I am personally such a fan of his, and in a new interview with The Punch, Akpororo opened up about life as a comedian including why comedy is what is keeping Nigeria, why a lot more comedians are now buying cars and building houses, and what he thinks about the new batch of comedians coming up online. Here are the highlights of what Akpororo said.

Here are the major highlights from Akpororo’s interview with The Punch:

“What are some of the hard lessons that you have learnt as an entertainer?”

To be frank, I do not think I have any hard lessons. The only issue I have as an entertainer is that some of my clients in the past still want to pay the same appearance fee now. They forget that if I am no longer funny, they would go for other people. Since we are still doing the work and we are keeping that pace, they should try and move with the new trend.

“There is a large influx of social media comedians, skit makers and content creators, how much has this affected your brand as an ace comedian?”

Akpororo is Akpororo. The sky is wide enough for everyone to fly. What will be yours, will be yours. Moreover, stand-up comedians are different from skit makers. We are not the same. The ideas and manner of execution are different.

“Will you say that the influx of newcomers “spoiled the market” for some of the old hands like you in the comedy game?”

I do not think so. Every comedian has their client. Normally, no father will pray that his child should not be bigger than him. The old ones in the industry are aware that a time would come that the younger ones would overtake them. So, the new ones are welcome. Besides, I am still young; but they are welcome.

“How do you get inspiration for your comic acts on stage?”

I just come on stage and perform. But most times, when my pastor is preaching, I get jokes from him. At times, I look into the state of the nation and create jokes out of it. When you hear me freestyle, I just do it. I don’t plan it. Then from my freestyles, I create jokes.

“Comedians were not known to be this successful in the past, what do you think changed the game?”

I think comedians were not taken seriously then. But now, you cannot do without comedy. What is keeping Nigeria is comedy and music. If you want to live long, you need us. I feel people appreciate us more now. That is why it is easier now to see a comedian buying cars and building houses.

It is good to see comedians who historically have never been very rich now being wealthy and successful enough to buy houses and cars in some of the most expensive estates around the country. Also, to his point of ‘What is keeping Nigeria is comedy and music‘, what do you think? Do you agree with Akpororo on that or do you not think so? Let me know what you think by leaving a comment on my Facebook post.