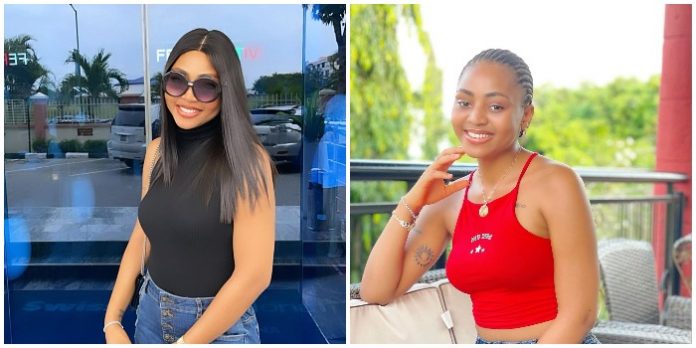 Young mother of one Regina Daniels has claimed that she doesn’t need a girl child now until she’s ready to retire as she’s scared she might take after her.

Regina Daniels as a libra said if her daughter gets her attitude then she’s dead and for that reason, she doesn’t want to have a girl child now until she’s ready to retire then she would gladly welcome a girl child of her own.

Regina Daniels has a son Munir who would be 1yr old in a few days and no one knows when she will have her second child but then has made it clear that she doesn’t want a girl child now because she’s scared she might take her attitude.

Regina Daniels is a free-spirited person who loves chilling a lot and hanging out with friends among other things and she’s so scared that she might not handle her daughter well if she eventually gives birth to a baby girl now. 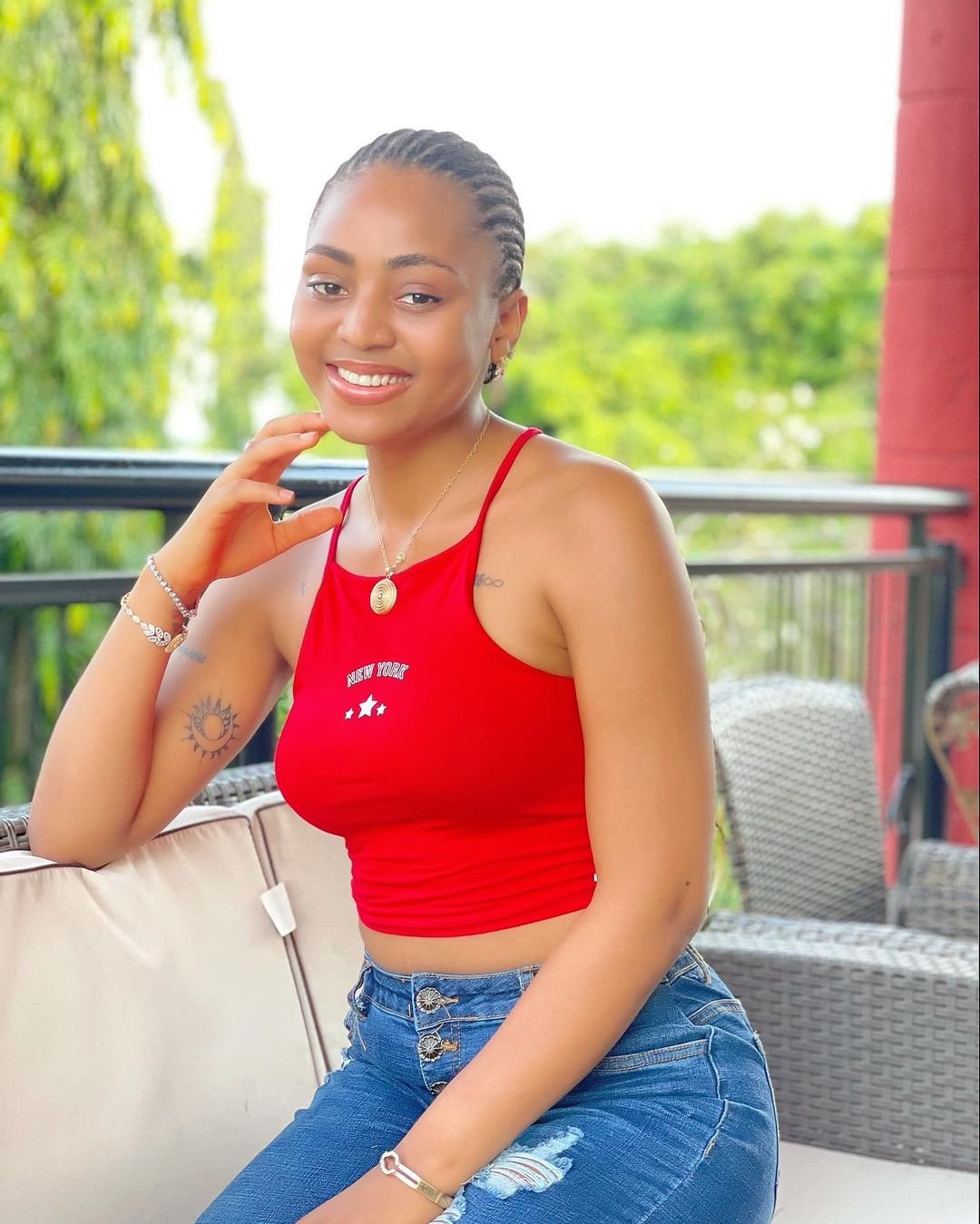 The worst part it, she wouldn’t know what to do if her daughter takes her attitude and for that reason has claimed she doesn’t want a girl child now who will continue the Regina Daniels brand until she’s ready to retire.

But one thing Regina Daniels seems to have forgotten is that she doesn’t choose to give birth to a girl child or not and this could only be a wish and not certain because who knows whether her second child is going to be a girl or a boy. 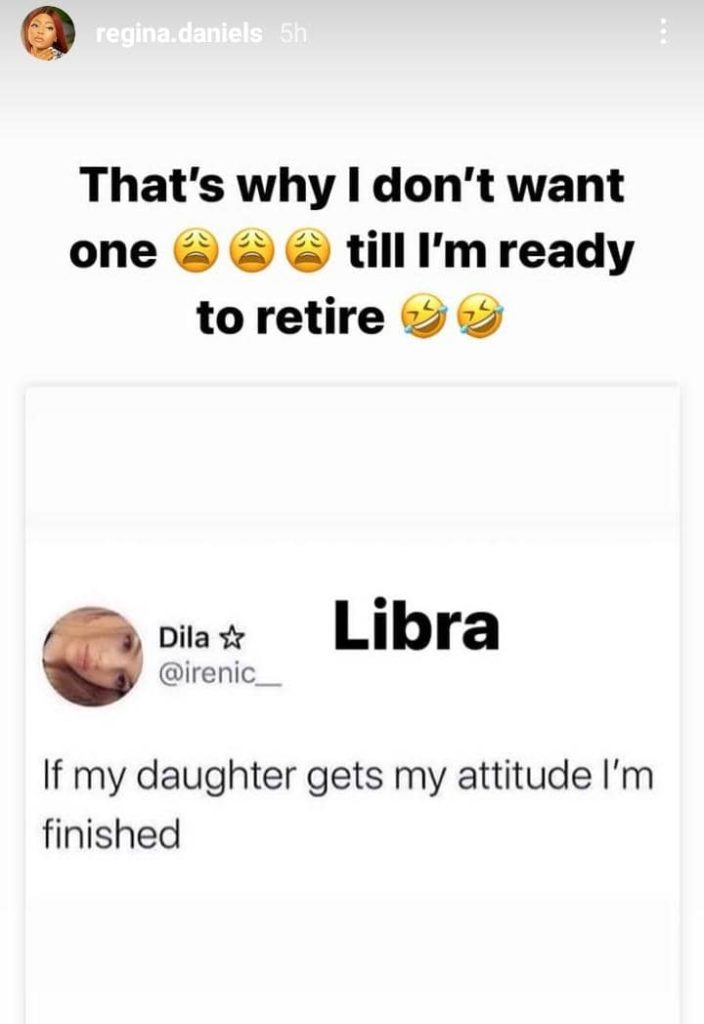