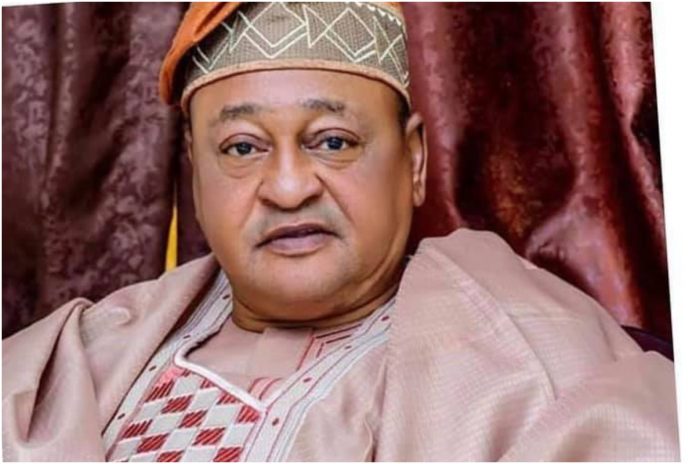 Veteran actor and well-known polygamist, Jide Kosoko has granted a fresh interview where he discussed a wide range of issues pertaining to the Nollywood industry and his personal life.

Baring it all with Vanguard in that exclusive interview, the actor admitted that he detests some of his colleagues who have the erroneous impression that one can carve a superstar out of one actor overnight.

He said fame attained in the movie industry is a continuous process which is why he has a problem with most actors who also double as filmmakers bending the ‘rules.’

‘That is far from the truth. In fact, we are one of the professions whose members are very disciplined. People tend to make noise out of everything we do as public figures. That is not to say we do not date or sleep with one another.

The profession is a blessed one and people should please see the good side of our profession too. We educate, entertain, admonish, enlighten the world through our artistic works.’

One film doesn’t bring an actor to the limelight rather continuity does. When people see a particular face in good productions, they will note the face and as time goes on, they will reckon with the face. And that is how the fame comes.

That is why I detest some of my colleagues who believe they can turn one actor into a celebrity overnight. A continuous process of quality film productions brought me to the limelight.

On being a polygamist, he said;

‘I never envisaged being a polygamist though I am a product of one. My parents didn’t support it either. My first wife was a business woman. I craved for somebody who was in the same field with me. In those days, the best advice you can get is from your better half and that was how the second woman came to be. “

Along the line, I lost the two-to-child births within 11 months interval. I had seven children at that time, so I didn’t plan to remarry or have more children again. But after much persuasion from my doctor and relatives, I decided to have a woman with the agreement of not having more children but a complete African woman will not agree to that. One thing led to the other and I got two women again. So being a polygamist is not intentional but God’s design which I do not have a right over.’