MaDailyGistGet the Latest Gist in Town
More
GOSSIPGet Daily Gist
More
Home Celebrity/Entertainment “Why are all this bad things happening to me?” Tunde Ednut Goes... 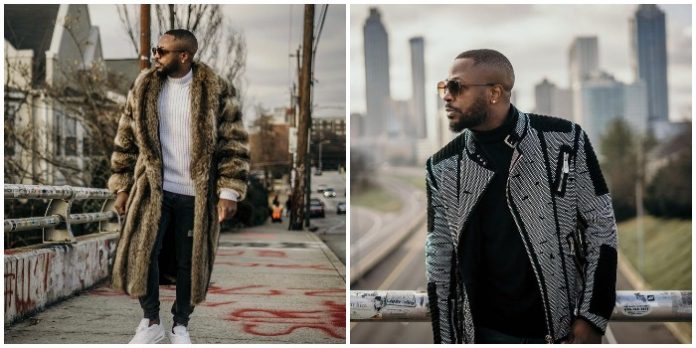 The artist turned blogger who now seems to be having a hard time sustaining himself on the popular platform had just created a new page only for it to be deleted after 3 days.

Ednut rejoined the platform with another handle (@kingtundeednut), on 10th January, after his first official Instagram account (@tundeednut) of over 2 million followers got banned.

Instagram is yet to give a reason why his page got deleted but some people think it’s because he started dragging Wizkid once again and also because he didn’t take Mr Macaroni’s advice.

Tunde Ednut blocked Mr Macaroni and deleted the video he did to promote his page for him after he advised him to be nice with words since that was why his initial account was deleted but unfortunately his recent account has been deleted as well. 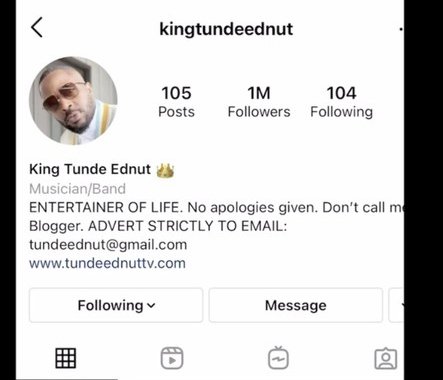 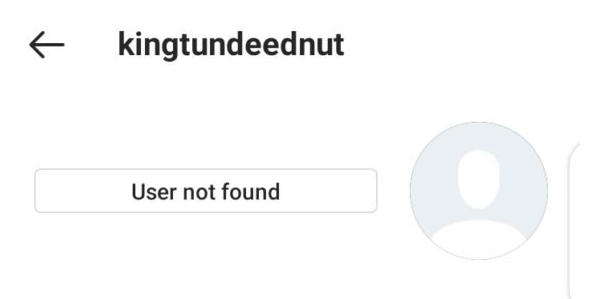 Tunde took to his Twitter page to lament and also expressed his frustrations. He has taken to his page to tweet severally on his page that has been pulled down and has asked for help.

See his series of tweets below….. 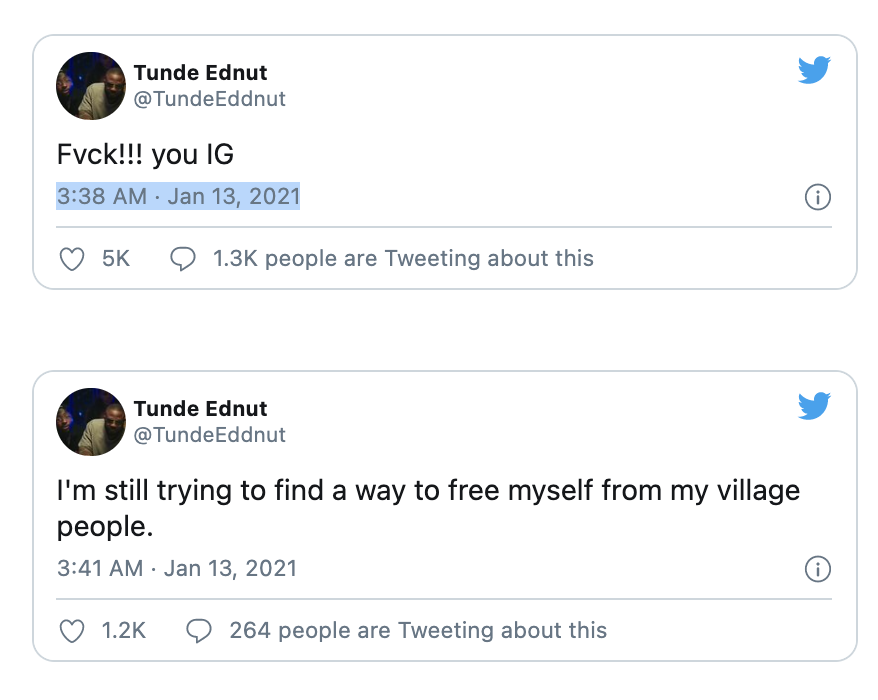 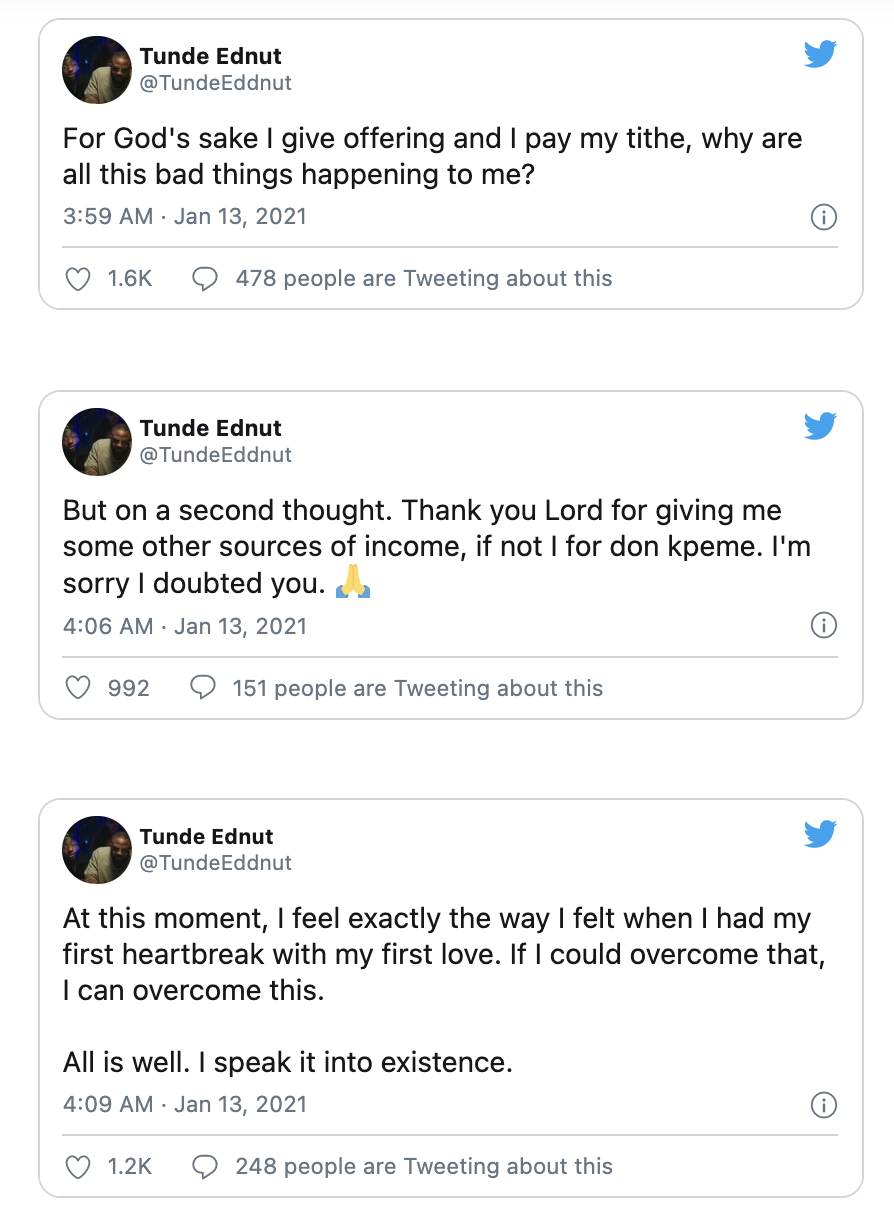 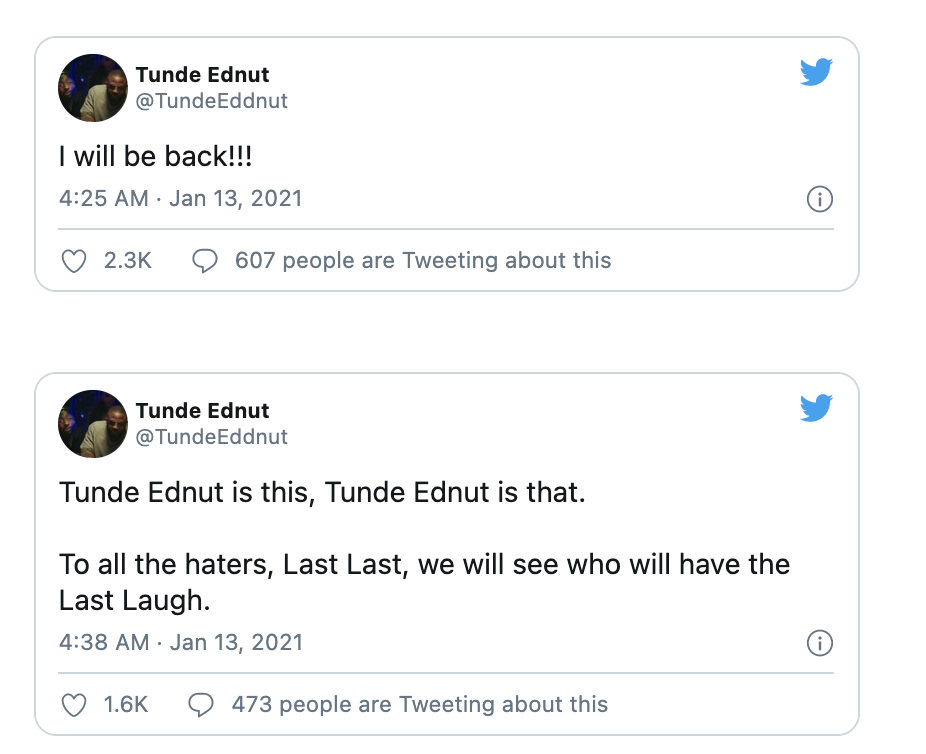 Meanwhile, Nigerians have taken to social media especially twitter to react over his suspension. Here are few reactions;

@seyishayx said, “Tunde Ednut will keep getting suspended until he puts his pride aside and apologise to everyone he’s body shamed and slut shamed. He’s offended Wizkid FC, Elites and even Titans. If these fan bases keep reporting your page, you won’t survive it.”

@AsiwajuLerry said “Tunde Ednut opened a new account and started trolling Wizkid again. He even blocked Macaroni all because he said he should be nice to people. Life comes at you real quick.”

@itzbasito said, “Mr Macaroni posted Tunde Ednut and made a video for him when he opened his new account, Tunde Ednut got 500k followers in less than 24 hours, then he deleted Mr Macaroni’s video on his page and blocked him. Now his account has been suspended at 1m followers.”

@danieliyam said “Tunde Ednut is having content rights ownership issues. That’s the major reason Instagram is picking on him.”