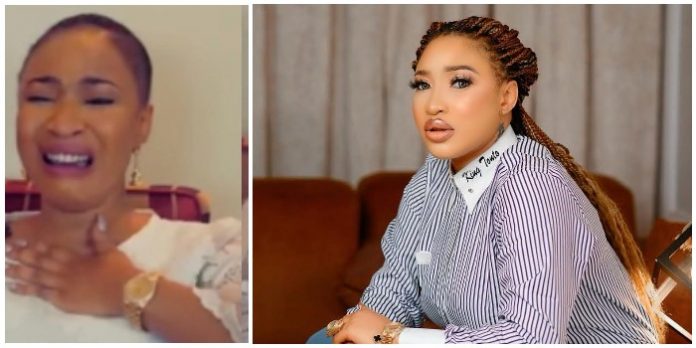 Actress, Tonto Dikeh has taken to Instagram to cry out of frustration over her some of the challenges she is facing on the photo-sharing app.

According to the mother of one, she does not know what she has done to Instagram for not making her number of followers increase despite getting thousands of followers every day.

Sharing a screenshot of the some of her new followers on the app, the 36-year-old wrote;

“Ooo What exactly have I done to @instagram. I should be at 12million followers by now, What’s going on. Clearly am still getting followed by the second soooooo 215 new followers just 15sec ago not reflected..”

Meanwhile, Tonto Dikeh ignored rumors about her newfound love Prince Kpokpogri cheating on her with some industry players as she advises individuals never to give up.

Tonto Dikeh who seems to have decided not to bother herself about what anyone says about her or her newfound love decided to use that time and opportunity to advise her fans rather asking them not to give up on whatever they are doing in life.

According to her, the moment you are ready to quit what you’re doing is usually the moment right before a miracle happens hence don’t give up no matter what the circumstances are as she’s never giving up on her man because of some rumors circulating on social media.

Tonto Dikeh has been through a lot herself therefore if she tells you never to give up then it’s out of the experience as she has been there before and never gave up of which she came out strong and now another testing phase of her life has arrived and there are a lot of rumors about her new lover Prince Kpokpogri.

Even though he has claimed the audio and everything shown as evidence are fake, some netizens seem not to believe him but for the sake of the love they have for Tonto Dikeh and all that she has been through, have decided to end things for her sake. 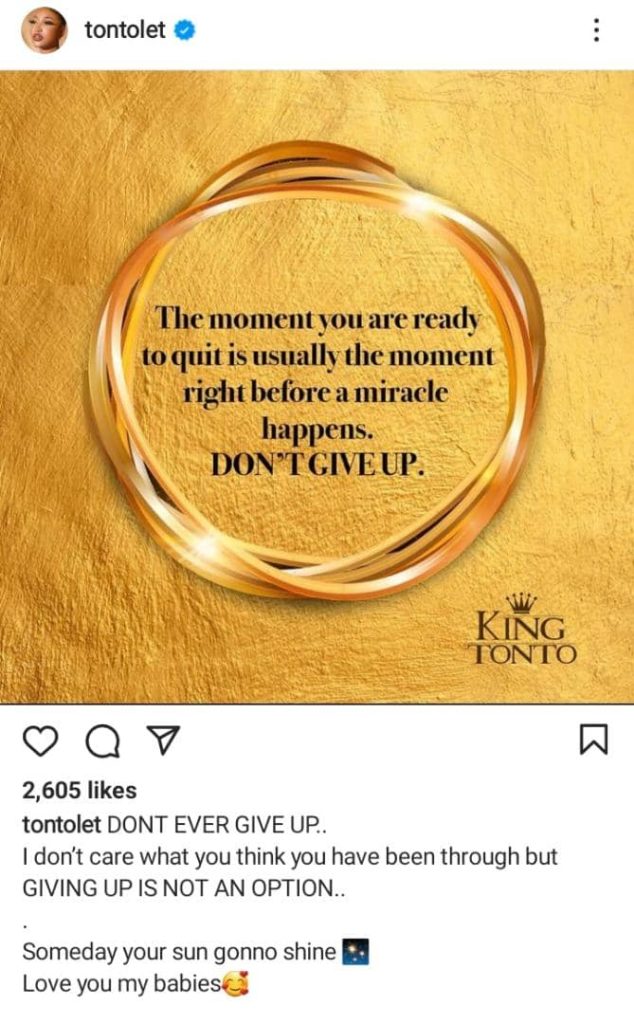 Meanwhile, Actress, Tonto Dikeh’s ‘husband’, Prince Kpokpogri, has dismissed claims that he was the one speaking in the audio recording making rounds on social media. 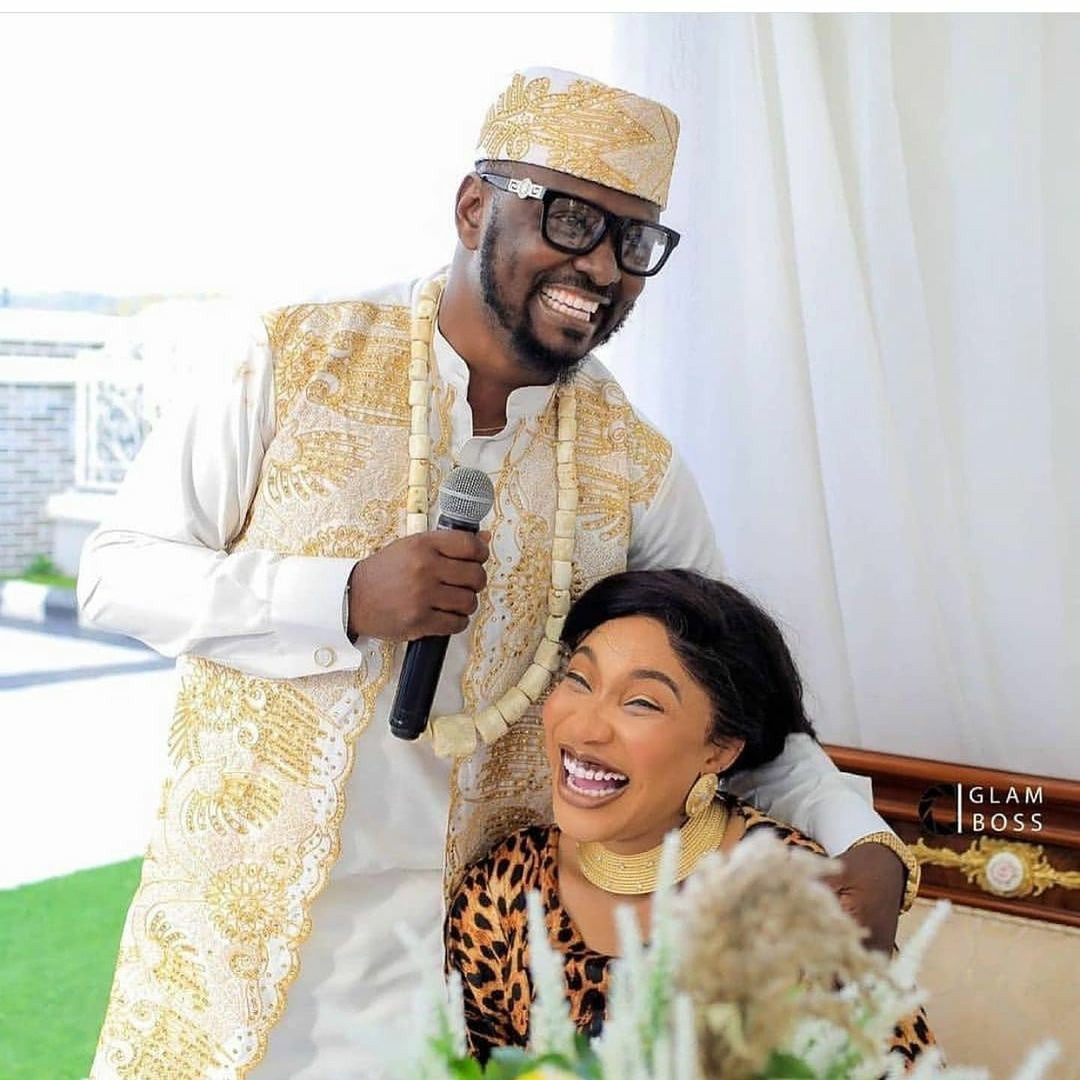 Earlier today, an Instagram blogger released a call recording purportedly between Prince and a yet-to-be identified woman. In the clip, he admitted to cheating on the actress and enjoying the ‘pussy’ of the said lady.

In the audio originally leaked by undercover blogger, Gistlovers1blog, Prince is heard saying he and Tonto Dikeh have been quarrelling over his habitual drinking and smoking. 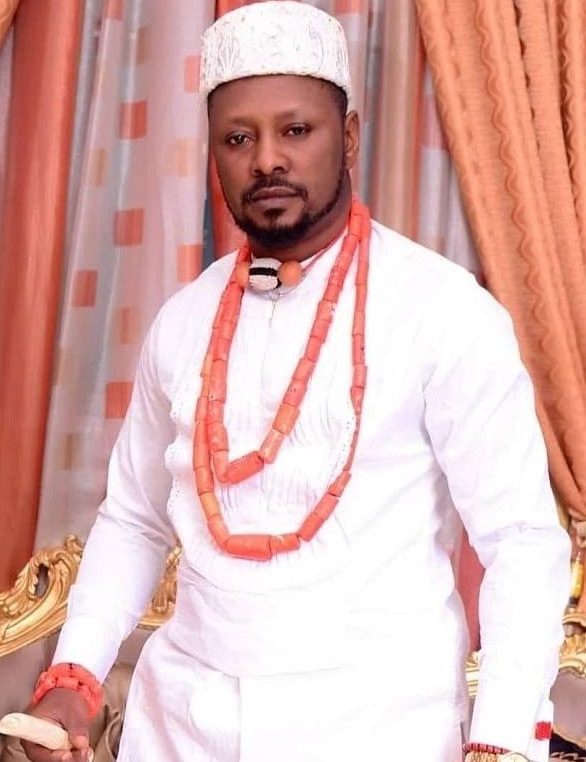 Speaking on experience with sidechick, he said;

“She just comes and we f*ck because her p*ssy was so sweet. I’m supposed to repeat that match but I’ve been busy.”

“You know say me and Tonto don dey quarrel. The girl no wan stop that smoking, drinking. And you know say me I no dey smoke. I no dey drink and all those things dey quick dey irritate me.”

Hello tueh tueh,all these IG slay Queen,Na olosho all of them be,Alex wey just open shop recently dey do quickie with oga when Tonto Dey house,oga sef him gbola Na giveaway gbola,sharing gbola hia and dia😤😤still come dey bad mouth Tonto say she still dey smoke o and she is not ready to quit smoking,oga you too talk o,we thought Mama di Papa found love o,we no know say you na for the street,plenty voice notes dey o but I just say make I give GLB Nation this one make them for take am cool body small,list of actress wey Dey collect your gbola with voice note dey o🚶‍♀️🚶‍♀️🚶‍♀️No be so life be o oga😏😏🙄🙄🙄🙄🙄I come in peace igi ewedu oni wo pawa o,I wan quickly buy something for Annie street Idibia junction off innocent close,attached is the picture of the fuckee and the fucker(swipe)i Dey come,Ambulance no go jam us run o 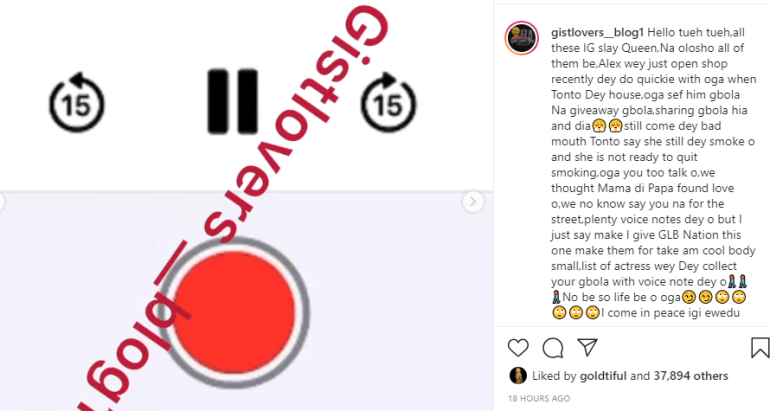 Well, Prince has come out to debunk the audio recording, saying it is a ‘fake clone audio’ and people should disregard it. He added that he will do an Instagram Live so people can hear his real voice and compare it with that of the voice recording.

“Fake news, fake clone voice recording
.
Kindly disregard it
.
I will be on Instagram live on Sunday for clarity sake, distinguishing the fake voices from the real voice if need be.” 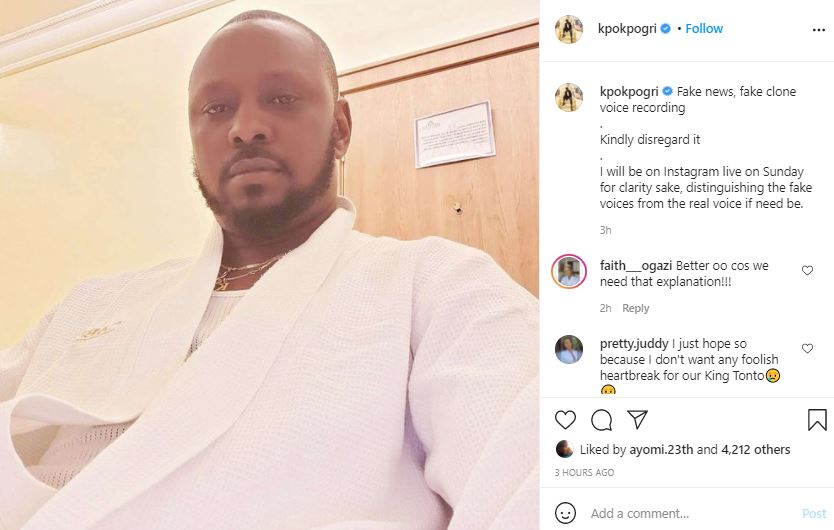 LISTEN TO THE AUDIO BELOW: