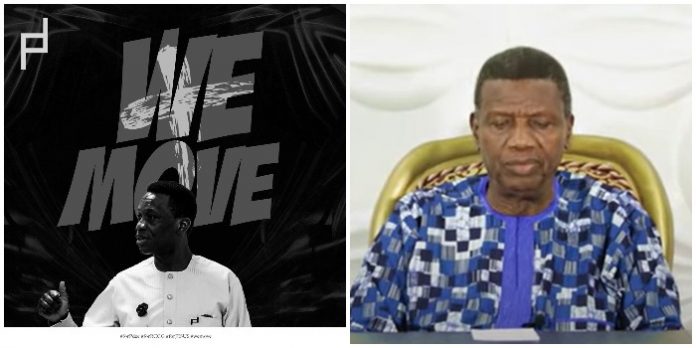 General Overseer of the Redeemed Christian Church of God (RCCG), Pastor Enoch Adeboye has spoken about the death of his son, Dare Adeboye. 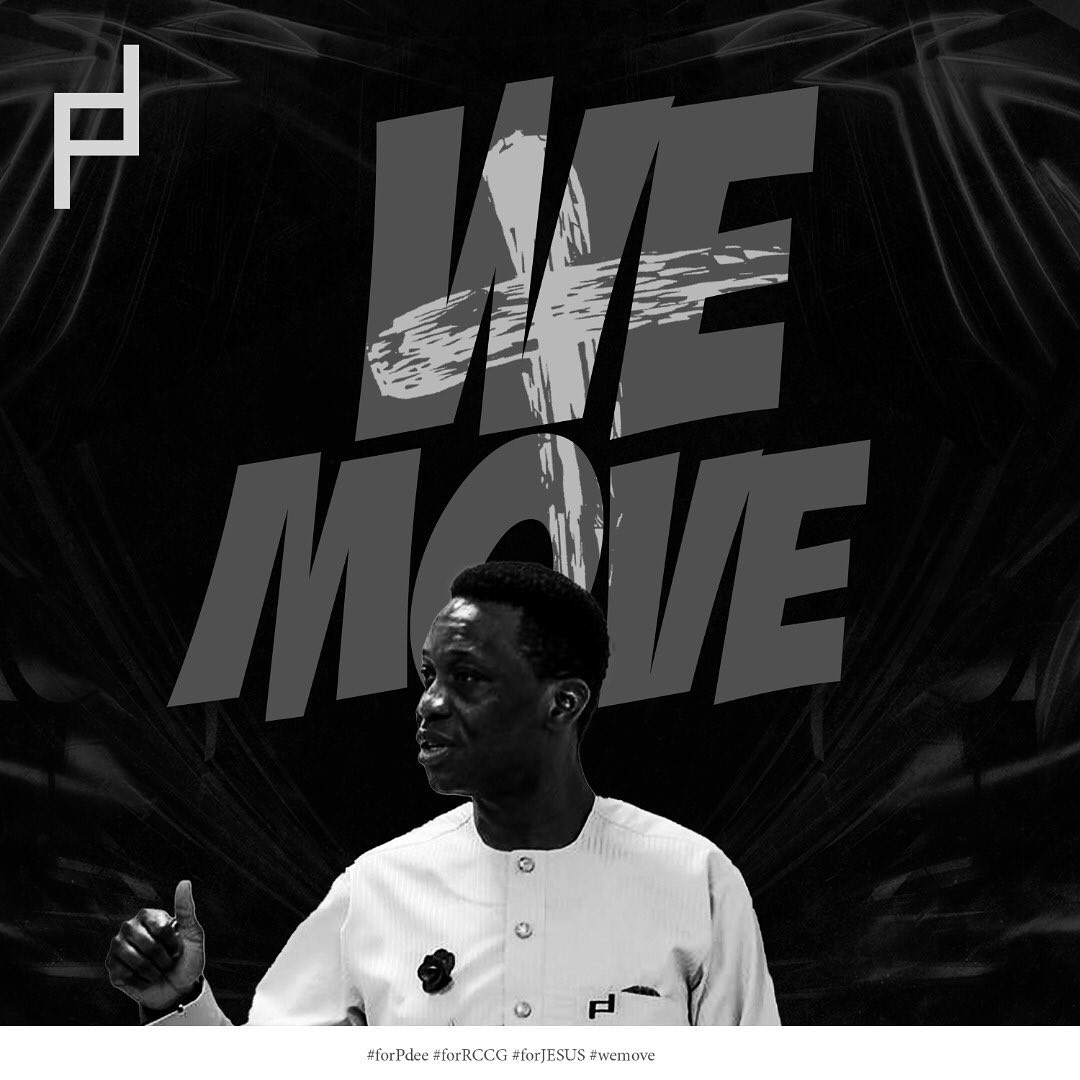 Adeboye addressed the congregation after the thanksgiving service held for his late son, Pastor Oluwadamilare Adeboye held at the Youth Center of the church at Redemption camp, Mowe Ogun state.

According to him, death is not function of age and it is not how long you lived, but how well you lived it.

In his words: “I am only bringing this brief message not only to thank you but let you know that by the special grace of God, we are all loved of God and because we are loved of God, we are more than conquerors. “I want you to know that God who knows the end from the beginning knew long before the foundations of the world that what has happened is going to happen and because His word is forever settled, He said all things work together for them that loved God.

“We may not understand now but what had happened is going to work out for our good. As individuals, families and as a denomination and as a matter of fact its going to work out for the good the body of Christ as a whole. “I just want to remind us of one or two things one, God is sovereign, He does as He pleases and in one of his sermons that Dare himself said: “God does not need a visa to pay you a visit or to do whatever He wants to do in your life. 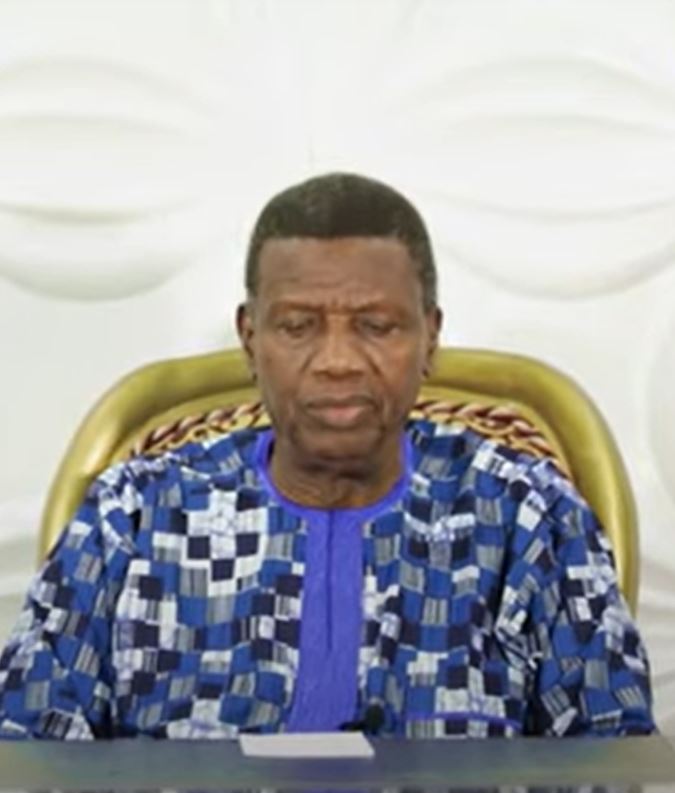 “He does not need a permission. He is the Almighty, the Lord of Host, He commander In Chief of all the hosts of heaven, you don’t command the commander in chief, He tells you what to do. “And nobody ever says no Lord, you don’t say no to your Lord, whatever your Lord says, the answer is Yes Lord. And I have thought you that when you obey when it is convenient for you, it is called cooperation and when you obey when it is not convenient fir you at all is called submission. “And the day we surrender our lives to the Lord Jesus Christ we are saying Lord we submit. Yes Lord to everything. In living, dying, when it is convenient, when it is not convenient, it is YES Lord. “And I have told you before, death is not function of age, young people die, old people die, children. “We have also learnt that it is not how long you lived, it is how well. The Lod Jesus Christ Himself died at the age of 33 plus, John the Baptist never lived to be 34. “And yet the Lord Jesus Christ said of all men born of woman, in the Old testament, the greatest was John the Baptist, he wasn’t around for long.

“We have lost a champion, you will agree with me on that. Then let us considered him a seed that we have down and let us get ready for a very very special harvest. The Bible said, the reason God sow Jesus Christ as a seed is so that He can become the first born of many brethren. “Let us join forces together and produce many champions like Damilare. Let us produce thousands of Pastor Dee, that will go round the whole world and shake the world for the Lord Jesus Christ. As a matter of fact, that is how can we really honour him and honour his memory

“The church of God is marching on, the gate of hell cannot prevail against the church of God. It doesn’t matter what the devil might be thinking now. “The devil was rejoicing the day Jesus Christ died on the cross but if he had known what was coming, he would have left the Lord alone. The devil was rejoicing when Job lost all his children and several other things, if the devil had known, he would have left Job alone because at the end, the Bible says, God blessed the latter end of Job more than his beginning.

“My beloveth children, I have good news for you, mighty things are about to begin in our individual life’s, families, in the Redeemed Christian Church of God in the body of Christ, mighty things are about to beginning “Because I recorded the message of this Sunday that we just passed before this incident happened and if you listen to that sermon, the 2 O’clock sermon, recorded before the incidence happened, you heard me say: ‘ for every examination that you passed, there will be promotion, the tougher the exam, the bigger the promotion. “It has been a tough one but by the grace of God, we have passed. My promotion is on the way. I am encouraging you that we put forces together, let’s win soul like never before, plant churches like never before. Let’s drive the devil crazy, let show him the stuff we are made of.

“The Bible says if you fail on the day of trouble your strength is small. But our strength is not small because greater is he that is in us than he that is in the world. And the word of God is settled, the gate of hell will not prevail against the church. “We are marching on, cry if you wish to but don’t cry for Pastor D. because he is resting in glory. Cry because you are the one still fighting the battle but then fight courageously because on the resurrection morning we shall meet again.

“Thank you very much for coming, for your show of love, keep on praying for me because Paul said pray for us. Keep on praying for my wife, for the widow, children, but more than anything else, keep on praying for yourself that you will finish well and finish strong so that on the resurrection morning, we can be together again. “Anyone who has caught the glimpse of heaven, will not be crying for Pastor D. I have seen it and I know what I am talking about. If you see me working like jakcha at my age, it’s because I have behold the reward that is waiting. “The more you achieved for the Lord here on earth, the more would be your reward when you get to heaven. “Dear my beloveth children, let’s march on, let’s match the head of satan. Let’s show him that the army of the Almighty God is marching unto victory. You will end well and strong. And like never before, different miracles that you have never seen before will start happening in your life, family, in the body of Christ, so that the enemy see us coming will tremble.” 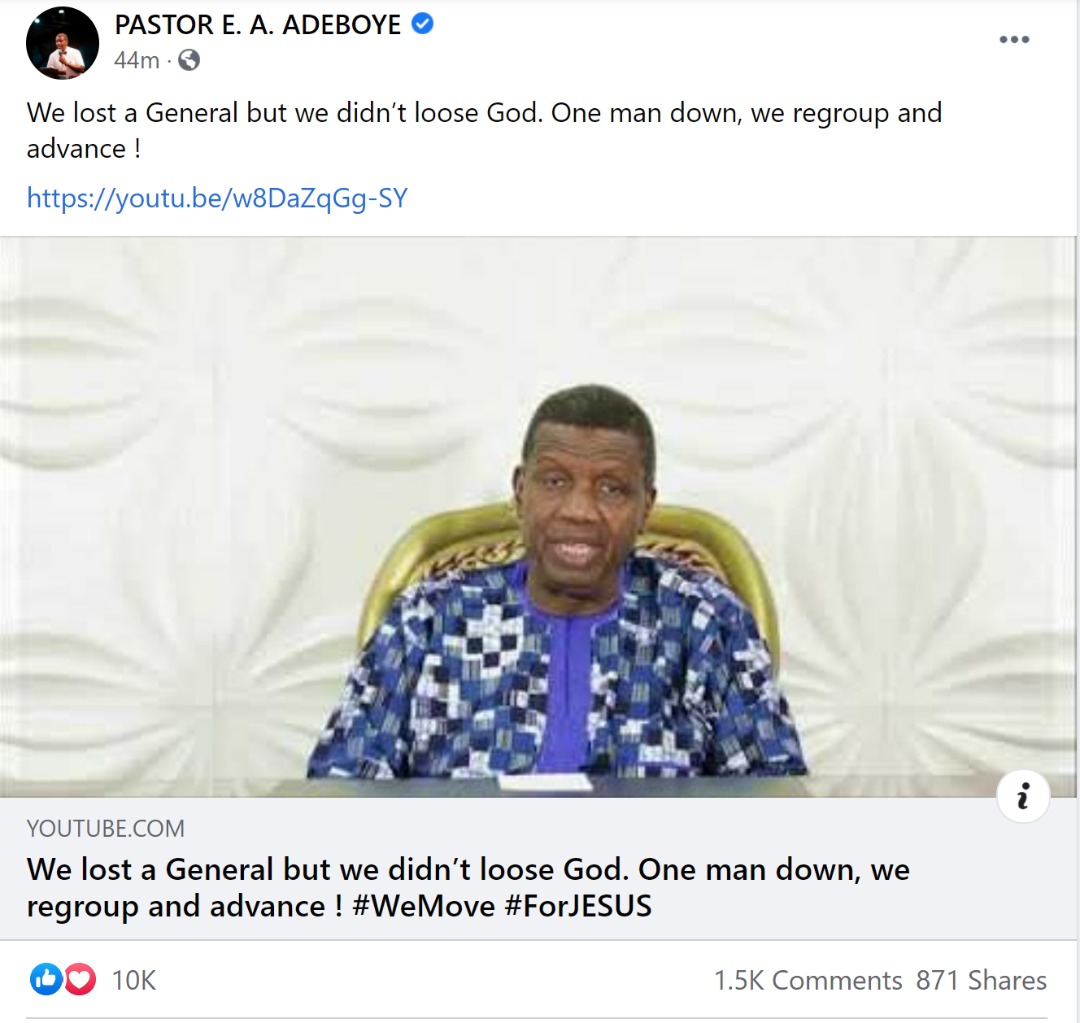 Watch him speak below,