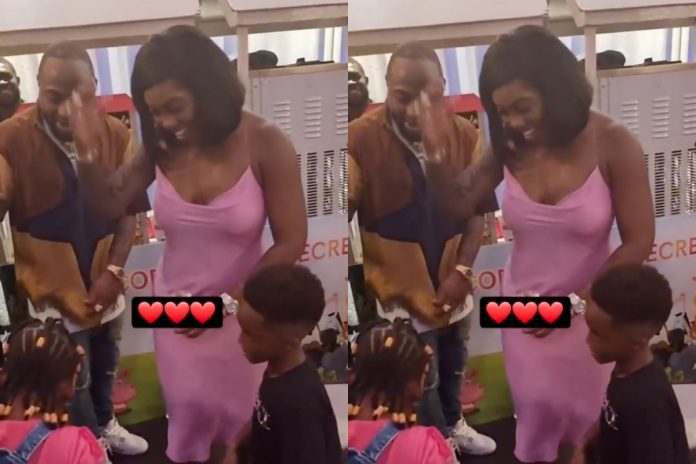 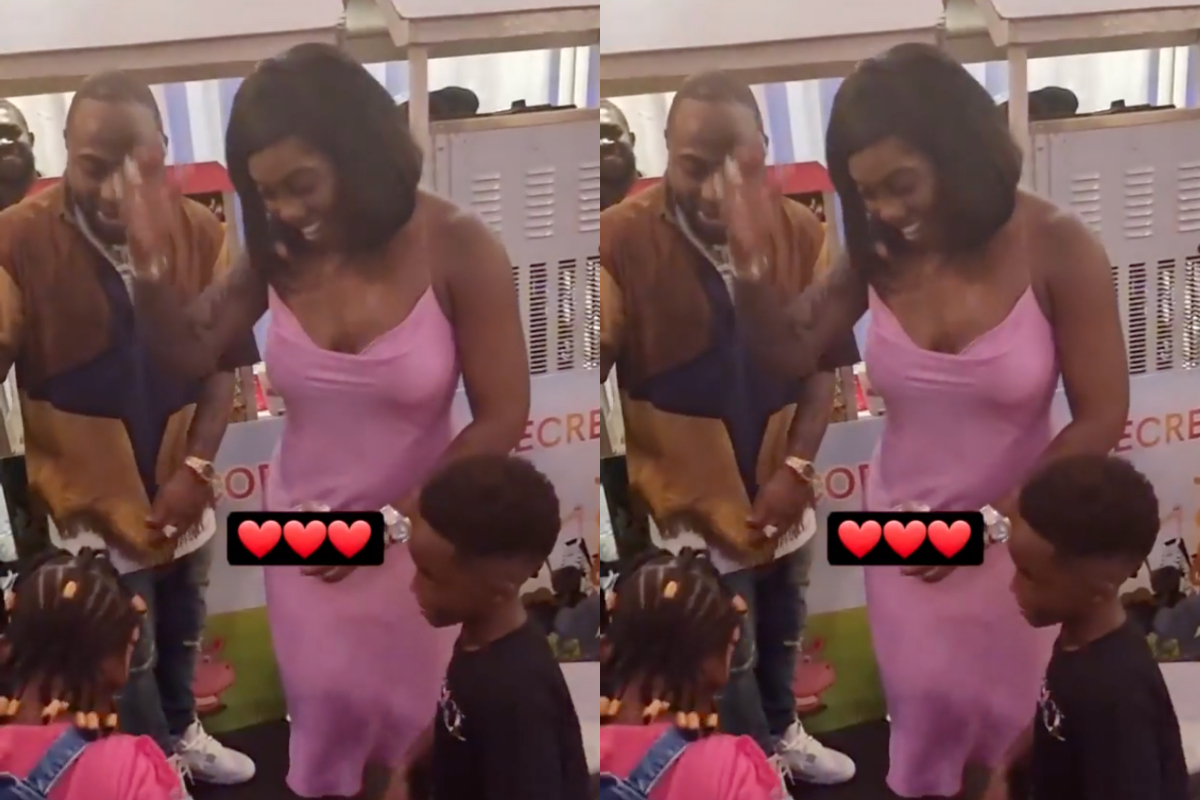 Davido and Chioma reunited for Ifeanyi’s post-birthday party after earlier failing to show up for their son’s birthday party which Chioma organized for the boy on October 20. Davido could not attend the party because he was out of the country but after his arrival, he decided to organize another party to celebrate Ifeanyi on his birthday.

Despite the controversy surrounding her leaked s£xtape scandal which has sparked outrage in Nigeria and beyond, Tiwa Savage decided to put all that behind her and live her normal life as she attended Ifeanyi’s birthday party to celebrate the boy as he clocked 2 a few days ago.

During the party, a dance session was held for her son, Jamil and Davido’s daughter, Imade where they both displayed their dancing skills as they jam to Tiwa Savage’s ‘Koroba’ song.

Tiwa Savage sprayed money in foreign currency on the kids as they give off their best on the dance floor. The mother of one also joined them to dance.